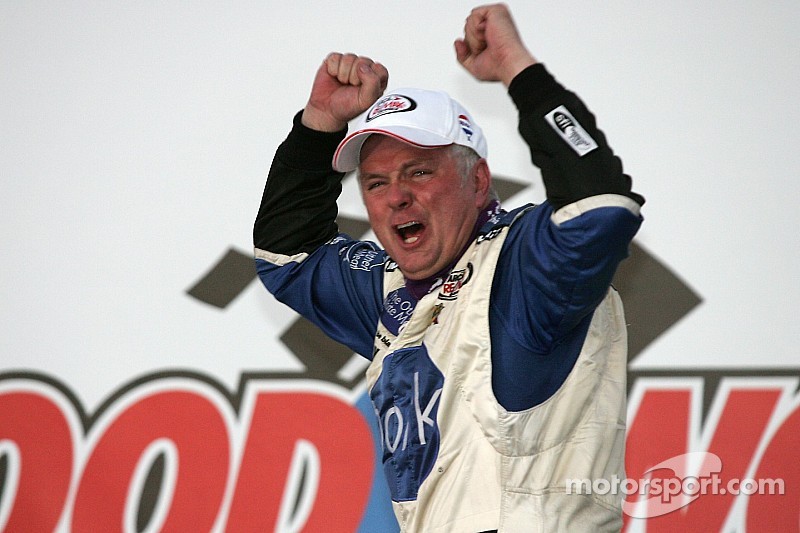 Will not go for 11th championship as he shares ride with Brandon Jones.

ARCA sponsors Ansell and Menards have announced that 10-time ARCA Racing Series champion Frank Kimmel would run a 10-race schedule in 2015, with development driver Brandon Jones driving the Venturini Motorsports Toyota Camry in the remaining 10 events. The car will be the No. 25, the flagship car of Venturini Motorsports.

Kimmell will not be in the familiar number 44, and apparently he will not go for an 11th championship.

"I'm really excited to have the opportunity to run for Venturini Motorsports," Kimmel said. "Bill, Sr. was a hero of mine growing up, certainly when I first started racing in ARCA. Billy and I had a more competitive relationship, but that's only because we were racing against each other every week. He wanted to beat me and I wanted to beat him and that's the way it should be."

Kimmel has been sponsored by Ansell and Menards since 2009, including a championship season in 2013. Kimmel has finished among the top 10 in driver points for 23 consecutive seasons, dating back to 1992. In 490 career starts since 1990, Kimmel has 268 top-5 finishes and 368 top-10s, more than any other active driver in both categories.

"As the sponsorship world changes, we all know how difficult it is to run a full season, so we had to get creative with our sponsors Ansell and Menards," Kimmel said. "It's a situation where we all had to pool our resources to make this program go."

Ansell and Menards will be co-primary sponsors on the No. 25 Venturini Motorsports Toyota for 15 events and each will serve as associate sponsors on the remaining five events.

Kimmel, ARCA's all-time victory leader with 80 series wins, will attempt to capture his first victory at Daytona International Speedway when ARCA opens its 63rd season of competition on February 14. Daytona is one of just a handful of tracks the ARCA Racing Series visits where Kimmel has not won a race.

"Venturini Motorsports is competitive on the racetrack no matter where it is, and I know I'm very fortunate to be in their equipment," Kimmel said.

Kimmel will be a driver, mentor, coach and spokesman at Venturini Motorsports. In addition to Daytona, Kimmel is expected to compete at Toledo Speedway; both Pocono events; Michigan International Speedway; Chicagoland Speedway; Berlin Raceway; the mile dirt tracks at both Springfield and DuQuoin, and the fall Salem event.

"It was a little hard for me at first knowing I wouldn't get the chance to drive the 44, but the more I thought about it ... the opportunity to drive the 25 is huge. That number has been in ARCA for a long time, and after I started thinking about it, it's really a privilege to be able to drive the car. I'm actually really excited about it."

Jones, the Richard Childress Racing development driver who won two of the three ARCA events he entered in 2014, will mix his 10 ARCA races in with starts in both the NASCAR Camping World Truck Series and the NASCAR Xfinity Series.

"I am very happy to be joining Venturini Motorsports for the 2015 ARCA season. Venturini has consistently been the premier ARCA team for many years," said Jones. "I am equally excited to have 10-time ARCA Series champion Frank Kimmel as a teammate. With Frank's and Venturini's experience I am confident I can win more ARCA races this year."

Jones, who will turn 18 on February 18, 2015, will kick off his 2015 ARCA schedule at Mobile International Speedway on March 14. His ARCA schedule will include the April Salem race event; Nashville; Talladega; New Jersey; Winchester; Iowa; Lucas Oil Raceway; Kentucky and Kansas.

"It's really neat to be able to weave Brandon Jones into the fold," Kimmel said. "He's a very exciting and talented young racer."