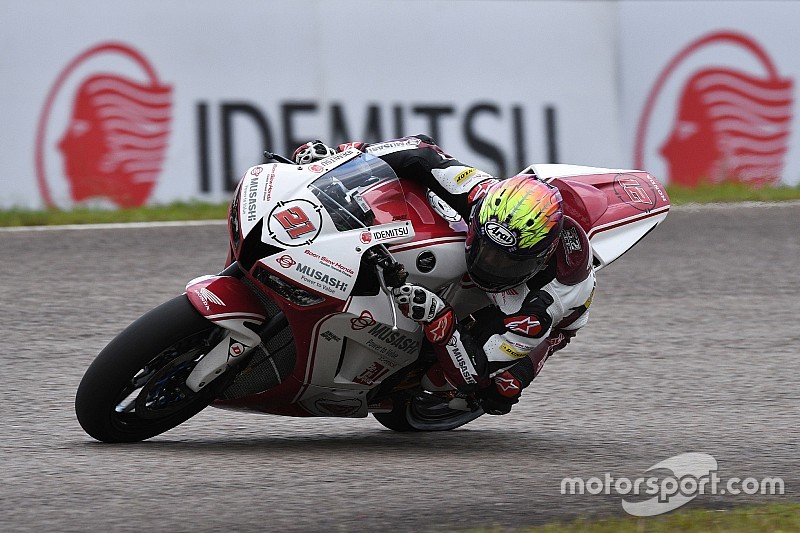 Taiga Hada (Rama Honda) finished second, while Yuki Ito (Yamaha Racing) was third in this fifth round of the Asian Road Racing Championship. In fourth and fifth places were Teppei Nagoe and Ratthapong Wilairot at the Madras Motor Race Track.

In a race that saw some crashes, the first of them was Yamaha Thailand Racing Team’s Chalermpol Polaimai, while pole position man Keminth Kubo (Yamaha Racing) had a shocking crash in the very last corner of the race.

It was Zaidi, Hada, Decha Kraisart, Yuki Ito and Kubo after the first lap. Zaidi, starting second on the grid, had a great beginning and rushed to the lead in the very start of the race.

Zaidi was 0.3 seconds ahead of second-placed Hada. Kraisart, who set a new lap record during qualifying, was running in the third position.

The order remained the same in the rest of the field. However, Hada was beginning to challenge the race leader Zaidi. Kraisart was still in third place with Kubo in the fourth spot.

It appeared to be a battle between just the top two riders, but Zaidi was defending his position from Hada well.

After six laps, there was still no change in the order at the top.

Unfortunately, Kraisart crashed out on the 10th lap, while championship leader Azlan Shah Kamaruzaman, who started last on the grid, was 12th.

It was getting pretty close with the race nearing the end, with Hada still chasing Zaidi for the top spot.

But with two laps to go, Ito moved to the second place for a few moments, but with Zaidi still in the lead.

From there, it was not too tough for Zaidi to wrap up the race.