BTCC ready to ‘rock and roll’ 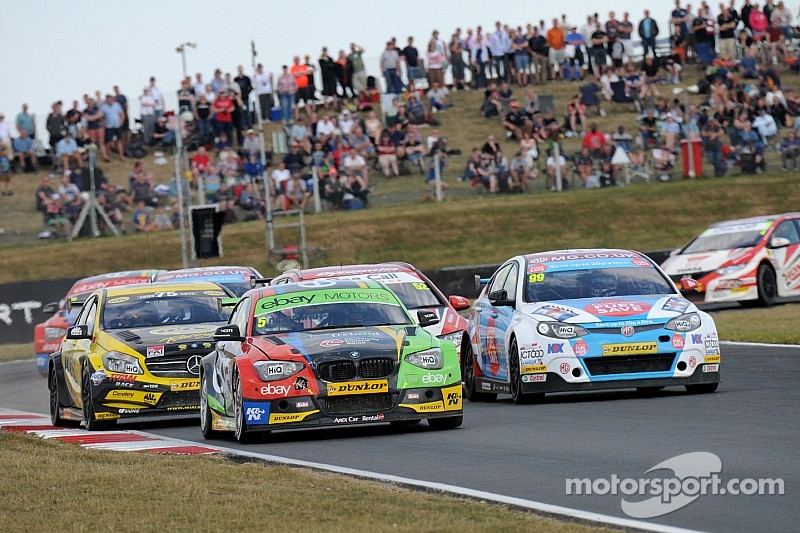 Northamptonshire hosts the next two pivotal events in the 2014 Dunlop MSA British Touring Car Championship with the first stop for Britain’s most popular motor sport series taking place at Rockingham next weekend (6/7 September).

With just nine races of the season remaining – three of which to be contested at Rockingham – a host of drivers will need to make their move now if they’re going to be in the title hunt for the final two events at Silverstone and Brands Hatch.

Britain’s newest purpose built circuit is hugely popular with the fans as it provides panoramic views of almost the entire circuit from the main grandstand.

What’s more fans can expect a party atmosphere over the weekend as the BTCC celebrations kick off with live music throughout Saturday’s full motor sport programme of practice, qualifying and racing.

Located just 30 minutes from Leicester, Peterborough and Northampton, the spectacular grandstands are sure to be packed with avid BTCC fans enjoying a weekend of rocking and racing.

Story so far: And then there were three?

eBay Motors driver Rob Collard won last time out at Knockhill to haul himself into fourth place in the standings above Pirtek Racing’s Andrew Jordan. Reigning champion Jordan declared his championship defence as ‘over’ at the conclusion of the Scottish round, with many now believing only the top three remain in contention for Britain’s biggest motor sport crown.

It’s Collard’s team-mate Colin Turkington who leads the way having chalked up an impressive six wins and a total of 13 podiums so far this season.

Honda Yuasa Racing’s Gordon Shedden has shown an incredible level of consistency, finishing inside the top seven in every race bar one, which unfortunately came at his home meeting at Knockhill.

Jason Plato remains in contention having powered his MG KX Clubcard Fuel Save machine to three victories, but you feel it’s a gap that he’ll need to close at Rockingham to stay within touching distance of his third title.

Talking point: Dancing the night away

Once the track action has finished on Saturday, DJ A-Roxx will get the fans jumping with his warm-up set before Rick Parfitt Jnr and his legendary RPJ Band take to the Rockingham stage with a performance guaranteed to leave the crowd breathless.

One of the UK’s top event bands – Jelly Hammer – will headline the evening with electro-pop nineties dance music, mash-ups and current pop before DJ A-Roxx closes the event with another fantastic set.

There will also be a special Rockingham Food & Drink Village where visitors can watch the racing, listen to the music or just relax while sampling a selection of delicious and mouth-watering delights.

In addition to a wine bar, there will be more than 12 real ales, imported beers and artisan ciders to choose from, while gourmet burgers, a rare breed hog roast, stone baked pizza, balti curry, Mexican burritos and homemade ice cream/sorbet will be available from the food stands.

Rockingham Chief Executive Peter Hardman, said: “There is always a great atmosphere when the BTCC comes to Rockingham. It is our flagship event and this year we wanted to make the spectator experience even more memorable.

“Mixing motor sport with music is a brilliant way to introduce new audiences to the UK’s best tin-top race series and the perfect opportunity to showcase our superb family-friendly facilities. This event offers a fantastic family weekend at a great price.”

WIX Racing – which is this year running up-and-coming BTCC ace Adam Morgan in the striking Mercedes A Class – has its head office just up the road from the incredible Rockingham facility. With a string of solid top ten results to his name, Adam and the team will be looking to take a first podium of the year when the lights go out next weekend. He said: "I enjoy going to Rockingham, it's a unique track on the calendar and a real challenge for me and the team. Coming out of the chicane and over the start-finish straight you can see the thousands of fans in the grandstands. Despite being absolutely flat out you do notice it and it does give you a big boost – it's awesome!

"I'm desperate to get the WIX Racing Mercedes its first podium this weekend – if we have a good qualifying session then there's no reason why it can't happen."

Trio of new 2014 winners at Knockhill