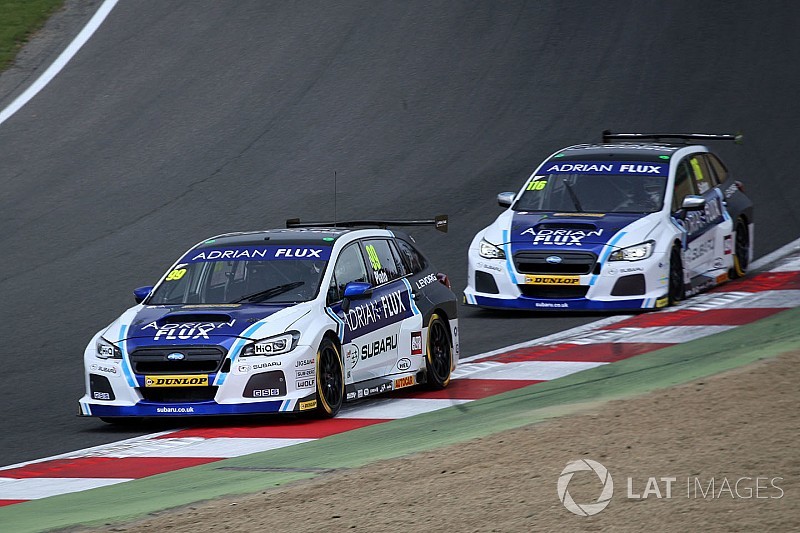 Two-time BTCC champion Jason Plato says that a back-to-back test in Subaru teammate Ash Sutton’s car has given him a boost for the second half of the season.

Plato drove Sutton’s Team BMR Subaru Levorg in a test session at Donington Park recently, after his own chassis was damaged in a crash in the opening round of the season at Brands Hatch.

The 49-year-old, who lies 15th in the points at the mid-point of the season, says the test uncovered differences in the two machines and has given him a direction to work on for the remainder of the year.

“I never doubted myself because I’ve been at this a long time,” said Plato. “I know what feels right and what doesn’t feel right.

“You could say [the test] is a weight lifted off my shoulders. And it’s a relief that everybody else within the team has some understanding as well – not just the high-level engineers, but the mechanics as well.”

While Plato has struggled for much of 2017, Sutton has been a two-time race winner this season, his victories at Croft and Oulton Park leaving him only 20 points off the top of the championship.

Both Plato and Sutton's cars were set up in the same way for the Donington test, and 95-time BTCC race winner Plato said the difference in the way the cars reacted was obvious.

“I liked the feeling on the front of [Ash’s] car, he likes that mine’s a bit lively on the rear, but he didn’t like the lack of grip at the front,” he said.

“His gear change is completely different to mine in the way it exits a corner, and it should be the same. The cars were reacting differently in the same points of the track, no matter which driver was at the wheel.

"So it was a very useful test and the main thing is we can start drilling down and taking driver style out of it. With slightly different styles we were getting the same reaction.

“We know where the differences of the car are and we can now start exploring and digging a bit deeper rather than scratching our heads.”