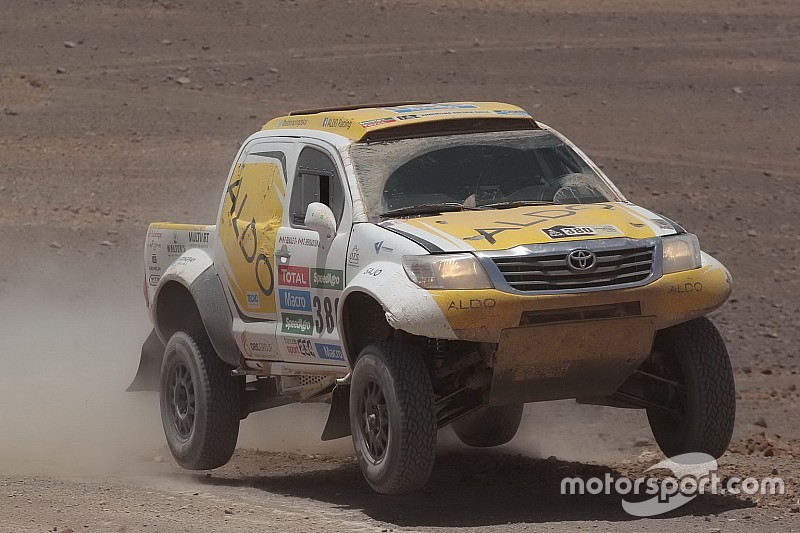 The Canadian ALDO Rally-Raid Racing Team with driver David Bensadoun and co-driver Patrick Beaulé is ready to get back into competition this year.

The Québec duo announced today that they are entered to contest the eighth edition of the Silk Way Rally that will run July 15-27. This year, rally organizers have turned things around, as the 12-day rally will be departing for the first time from China to conclude in Moscow.

Starting from the former Chinese Capital City of Xi'An, David Bensadoun and Patrick Beaulé will travel the first five days along the ancient Silk Road facing gigantic dunes and the Gobi Desert. This year at mid-point, a two-day rest and air travel liaison to Russia will enable drivers and crew members to take a well-deserved breather.

The second week of the event will be run on Russian Federation soil. At the end of the 12-day, 6,000-kilometre gruelling transcontinental journey, participants will be greeted at the finish podium in Red Square, located in the heart of Moscow.

For logistical reasons the team skipped the event last year, opting for a fresh start in 2018. The team also acquired a new rally car that will be unveiled on April. The FIA homologated ALDO Racing prototype is a brand new T1-3 class car powered by a 427 cubic-inch (7 litres) V8 Chevrolet Corvette engine that develops 505 horsepower @ 6,300 rpm to its two rear wheels.

"Our last big rally was Silk Way 2016," said David Bensadoun. "The races are so tough that every time I finish one I always say, "that's it! no more!" and then, like any drug I end up coming back to it. It's a lot of suffering, a lot of time away from family, but the truth is that regular life is too boring! In late 2016 Pat and I talked about it and we decided that we wanted to get back into it.

"Our big decision was to change cars," continued David. "We've had great success with the Toyota Overdrive - it's a blast to drive and was extremely reliable. The challenge was that I was experiencing a lot of pain in it - the cabin was just too small to fit me comfortably. At 6'5" and a big build, I needed to find a bigger cabin. We did our research and we've found an amazing new car that has more than enough room. And it has air conditioning! I'm not sure I'll be able to complain about suffering anymore!"