A word from... Timo Scheider 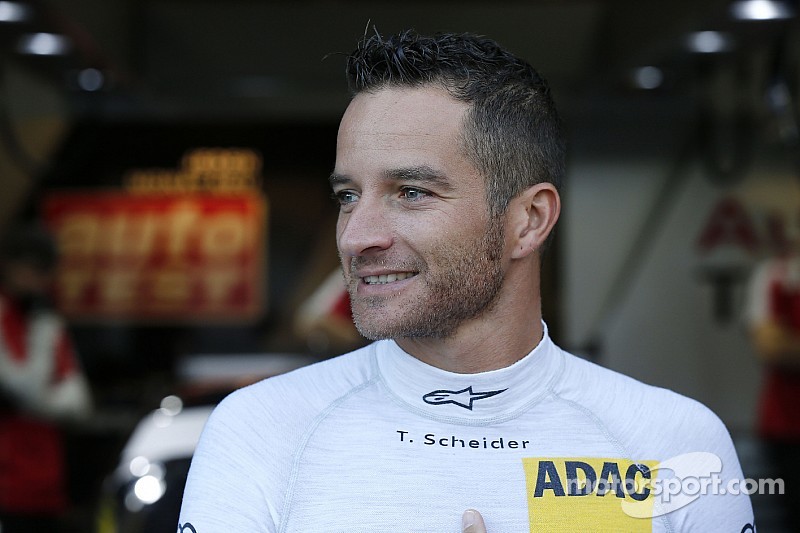 Timo Scheider: I'm a racer and would like to drive as much as possible.

The new DTM season will start in two months from now. How have you been using the winter break?

Timo Scheider: I'm a person that constantly needs new challenges. Thats why Ive set myself a particularly ambitious goal for the time until the DTM season starts. From March 15 to 22, I'll be competing with the factory-backed team of the bike manufacturer Bulls in the Cape Epic in South Africa, which  as many say  is the worlds toughest mountain bike race. I'm facing 740 grueling kilometers and 16,000 meters of cumulative elevation gain that Ive got to complete in seven days.

I'm incredibly excited but also a little nervous. And as I'd obviously like to finish the race my training program is particularly focused on endurance at the moment. And losing a bit of weight would be good too. Thats why my diet these days is low-carb, with no sweets  thats pretty difficult.

And how hard will it be for you to adjust to the new DTM format? In the future, therell be two races per weekend...

Scheider: I see that in a very positive light. After all, I was one of the people who strongly supported this change. I'm a racer and would like to drive as much as possible. In addition, we can offer even more action to the DTM fans this way and have the chance to score points twice on a single weekend. From the perspective of the whole season, these 18 races will make it easier for us to compensate for a retirement by achieving a good result. This will make the championship even more thrilling. The newly formed Audi Sport TT Cup is adding further value to the season.

Youre also personally committed to promoting young drivers and will be entering the new ADAC Formula 4, the successor series of the ADAC Formel Masters, with your own team in 2015. Whats the current state of this project?

Scheider: My two drivers, Leon Wippersteg and Mauro Auricchio, have signed their contracts, the first car has been prepared and were going to pick up the second one in Italy in the next few days  and then I'll be looking forward to the track tests.

It's going to be a very busy season. How does your partner, Jessica, feel about this?

Scheider: I'm very happy about the development of my personal life. But even though it wont be easy, I'm sure that Jessica and I'll be able to manage all these things. Were still young and dynamic  and have recently gotten engaged.

Lucas Auer graduates into the DTM