DTM boss Gerhard Berger says he dreams of having the series race around the streets of Monaco in the future.

Berger hosted Monaco’s Prince Albert II as his guest at the latest DTM round at the Norisring, increasing speculation over a Monaco race. It is understood the pair discussed the idea of the DTM racing at Monaco.

“[At the Norisring], there has also been much talk about a possible race in Monaco at the occasion of Prince Albert’s visit,” said Berger. “After what I have experienced today, I have to say: my dream would be two DTM events in the city, one in Nuremberg [at the Norisring] and one in Monaco.”

Berger added: “That's been my wish for a long time, so let's see: Maybe he [Prince Albert II] likes it [the DTM] so much that he opens the doors for us.”

Monaco currently hosts the F1 grand prix and a second race slot is rotated between Formula E and the Monaco Historic Grand Prix each year.

In a statement given to Motorsport.com, Christian Tornatore, the Automobile Club de Monaco's general commissioner, confirmed the venue would not add a third race weekend for the DTM.

It read: “As it currently stands, the Automobile Club de Monaco does not have the technical, material and human capacity to organize an additional event each year, in addition to the Formula 1 Monaco Grand Prix and the alternative between the Monaco E-Prix and Monaco Grand Prix Historique every two years.”

That means the DTM would have to run in a supporting slot to F1 or either FE and the historic event to make a Monaco race happen, and Berger has indicated that the series would be open to doing so.

At the Norisring, Berger joked that supporting FE would mean it has “spectators [for] once” and added that his connections with F1 could help “put a foot in the door” to get on the Monaco bill.

There has also been speculation that the DTM could race on the Nurburgring Nordschleife in the future, but Motorsport.com understands this is unlikely. While the World Touring Car Cup and the now-defunct World Touring Car Championship have both raced on the circuit in recent years, the DTM believes that the short number of laps on the 16.12-mile circuit would reduce the spectacle.

The DTM cars would also require a radically different set-up and that the required fuel amount – the series does not allow refuelling – could prove a problem.

Several sources have indicated to Motorsport.com that the preference would be for the DTM to instead make a return to the Belgian Grand Prix venue Spa-Francorchamps, although it is not clear if this has been formally discussed within the series.

Details on the DTM's 2020 calendar are yet to be revealed but the series evaluates its venues after each race weekend and it is keen to strike a balance between German and dates in other European countries. 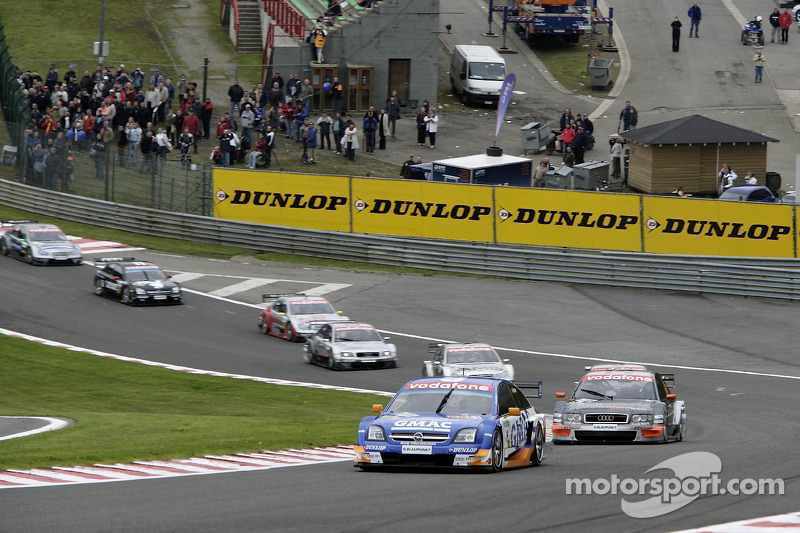