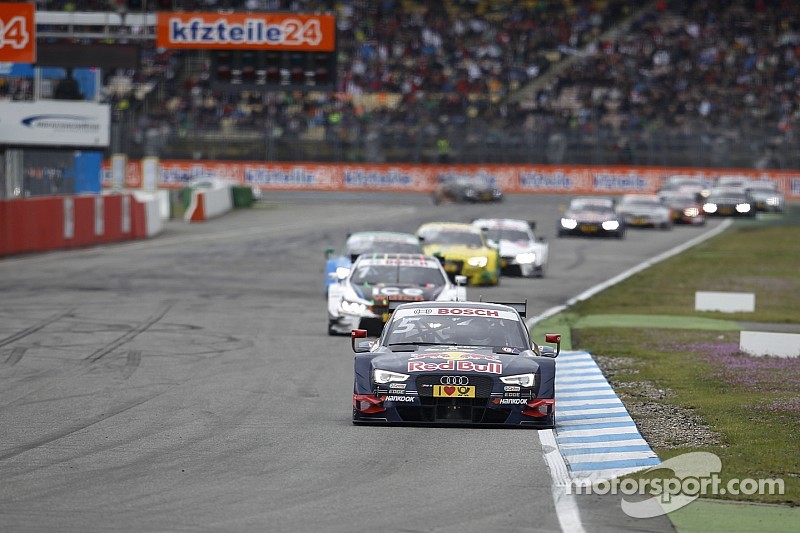 Mattias Ekstrom says he misses the DTM’s old knockout qualifying system after the first weekend of the series’ new two-race format at Hockenheim.

The German championship chose to overhaul the format for all of its events in 2015, adding a second race and an additional qualifying session to each race weekend.

This has meant that series organisers have had to move away from the Formula 1-style knockout qualifying system and towards a short 20 minute session for each race, a change that Audi driver Ekstrom believes would have been unnecessary with a reduced amount of free practice.

“Doing two races per weekend is fantastic, but I have to admit I loved the old style qualifying,” said the Swede, who won the second race at Hockenheim.

“The priority is to do two races, but I would have loved proper qualifying. Free practice is not needed in the same amount that we have now.

“If we’re coming on a Friday, I would rather practice twice on a Friday and then two proper qualifying sessions on each day before the race. I don’t need to practice every day."

Mercedes’ Gary Paffett agreed with Ekstrom that having two races was beneficial, but was sceptical about reducing the amount of practice time available to drivers.

“I’m obviously happy to do two races because if I’d have gone home yesterday, I’d have been pretty annoyed,” said the Brit.

“To basically have another complete race weekend and another chance to get a good result is fantastic, but we need practice.