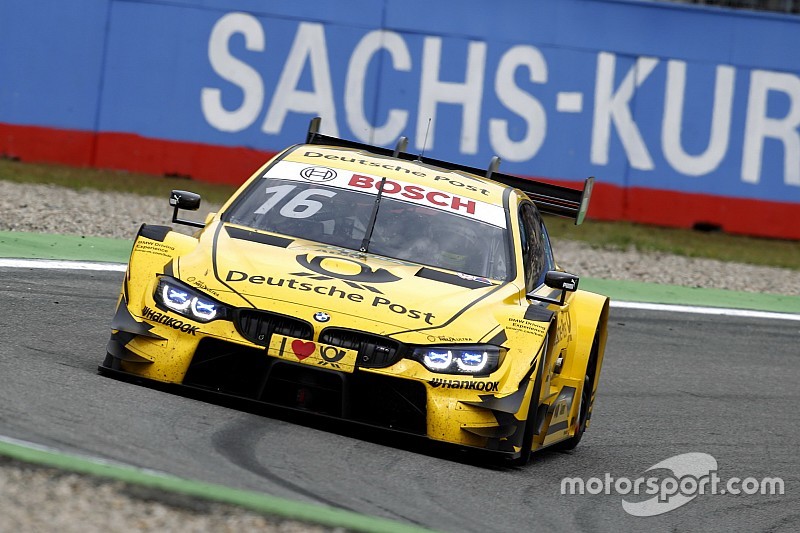 In damp and drizzly conditions, Glock was the first driver to brave running dry tyres at the halfway point of the 20-minute session and went on to record a fastest time of 1m31.406s in the final minute to claim only his second pole in the series.

All cars started the session on wet tyres, with Edoardo Mortara setting a fastest time of 1m42.218s in his Team BWT Mercedes before the field headed back to the pits.

Saturday runner-up Glock was the first to show his hand as he bolted on a set of dry tyres, and immediately jumped from 15th to fourth before going six seconds faster than Mortara’s previous wet best on his second flying lap.

Glock slowly fell down the order from there, but came good in the closing stages of the session as conditions continued to improve.

The German recorded his best time with his final flying lap, and remained at the top of the timing screens despite a late flurry of improvements behind him – claiming an additional three points for pole.

Rene Rast will start his second race as a full-time Audi DTM driver from the outside of the front row, having been among those to improve after Glock. He will line up ahead of Team Rosberg stablemate Jamie Green and Mortara.

Fresh from his first podium in more than a year a day earlier, Mike Rockenfeller was, like Glock, an early pacesetter following the switch to dry rubber and will line up fifth, ahead of Bruno Spengler, Gary Paffett and race one winner Lucas Auer.

BMW driver Augusto Farfus had initially recorded the second-fastest time on his final flying lap, just 0.026s off Glock, but the Brazilian had that time deleted for crossing the finish line too late and will therefore line up 18th and last.