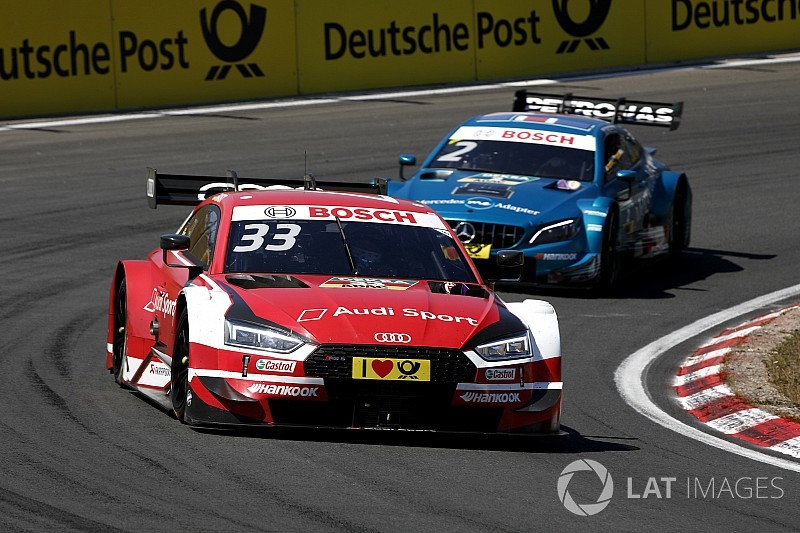 Reigning DTM champion Rene Rast says he was “screaming” after a mid-race safety car threatened Audi’s chances of a first win of the 2018 season at Zandvoort.

Rast jumped ahead of early race leader Gary Paffett with a clever strategic call to pit on first lap, but a shunt involving Jame Green and Bruno Spengler and the subsequent caution period brought the Mercedes driver back into contention for victory.

Paffett was on fresher tyres and closed the gap to as low as 0.4 seconds at one stage, but Rast just managed to fend off the 2005 champion to end Audi’s winless run.

“I was just screaming, ‘It cannot be real’. I was just like so upset,” reflected Rast.

“Actually, I went through Turn 1 and there was no car in the gravel. I was like, ‘what’s going on?' But obviously I had to manage the situation somehow, trying to focus on the race."

He added: “After the safety car restart, we had a good car, even though I was struggling a little bit with the tyre in the end.

"Very, very happy with my first victory of the year, just after so much bad luck in the last couple of weeks, two times I rolled and lots of accidents, lots of incidents. So I had to be back on the podium.”

Audi has struggled in comparison to DTM rivals Mercedes and BMW this season, but Rast believes the pace shown by the Ingolstadt brand in the Netherlands bodes well for the rest of the year.

“Obviously we looked competitive this weekend,” he said. "We were already stronger in Budapest which is a similar circuit, high-downforce circuit.

“Brands Hatch is obviously quick circuit, lot of high speed corners. Hopefully we can be competitive there again. But I think the tracks that are following now will hopefully suit us more.”