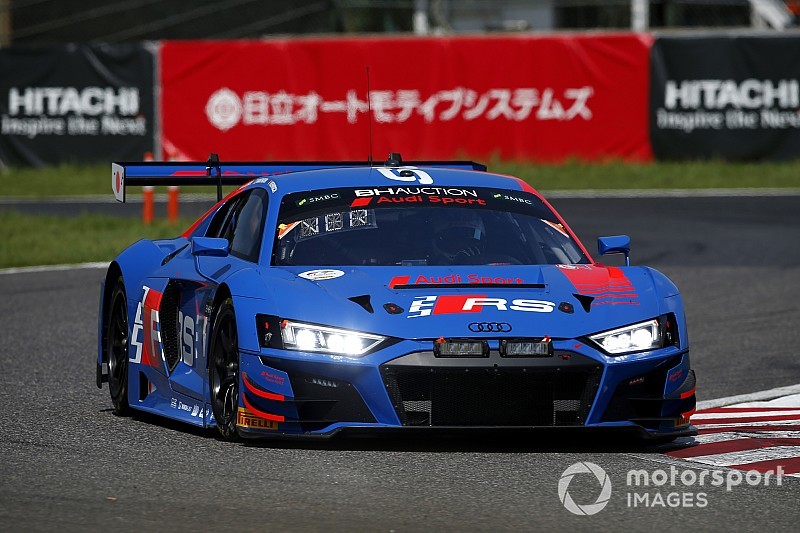 The #25 crew comprising Kelvin van der Linde, Dries Vanthoor and Frederic Vervisch took the chequered flag some 40 seconds clear of the #999 GruppeM Mercedes, which won last year’s event but was left to play second fiddle to the lead Audi this time.

Porsche made it three different manufacturers on the podium, Absolute Racing’s #912 911 GT3 R finishing 43s down on the leader in third.

It was BMW that reigned in the early stages of the race, the pole-sitting #42 Schnitzer M6 GT3 leading the sister #34 car run by the Walkenhorst team in a one-two for the Bavarian marque.

However, BMW’s challenge steadily unravelled, with the #34 Walkenhorst car the first to fall out of contention.

Christian Krognes was running on the tail of the sister BMW when the #5 GTNET Nissan GT-R NISMO GT3 and the #88 JLOC Lamborghini Huracan GT3 came to blows at the Spoon Curve.

While Augusto Farfus was able to safely navigate his way through the carnage, Krognes was unlucky to collect the Nissan, which rolled backwards and into the path of Krognes’ BMW. The damage to the #34 car eventually proved terminal.

Not long after the incident, the Schnitzer BMW was undercut for the lead by the WRT Audi, but the real damage to the German team was done when it copped a drive-through penalty for not respecting the minimum pitstop time.

The penalty, handed at the start of the fifth hour, dropped it to fifth, giving Audi a clear path to its first IGTC victory since last year’s California 8 Hours.

The WRT crew was able to stretch a 40-second advantage after passing the BMW, and was again able to rebuild the lead after the field was neutralised in the sixth hour when Nick Cassidy lost the rear of his HubAuto Corsa Ferrari 488 GT3 and shunted heavily at 130R. 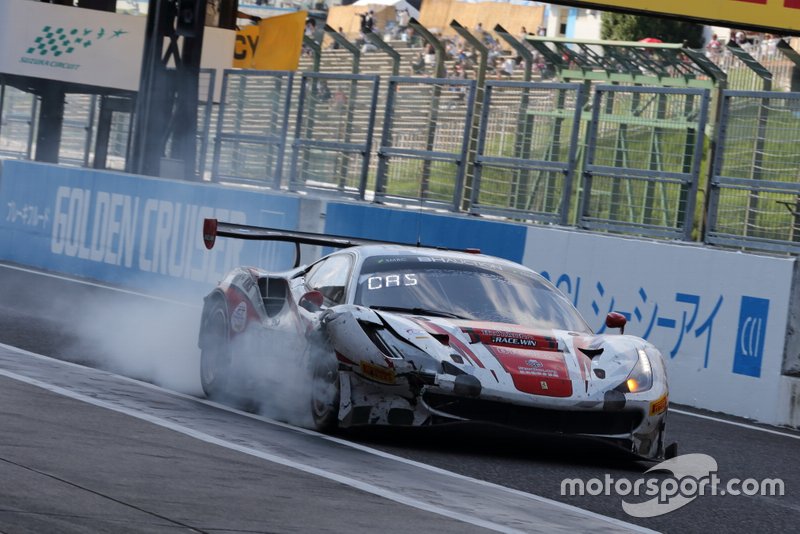 Audi was on course for a 1-2 finish, but the #125 Absolute Racing R8 LMS of Markus Winkelhock, Christopher Mies and Christopher Haase suffered a refuelling issue in the final round of pitstops, dropping to seventh.

That elevated the GruppeM Mercedes of Rafaelle Marciello, Maximilian Buhk and Maro Engel up to second, ahead of Absolute’s Porsche entry driven by Dennis Olsen, Matt Campbell and Dirk Werner.

The GruppeM Mercedes and Absolute Porsche enjoyed a long battle for what turned out to be second place, and the order between the two was settled only in the eighth hour.

The #77 CraftBamboo Mercedes of Maximilian Gotz, Luca Stolz and Yelmer Buurman finished fourth, with the #42 Schnitzer BMW of Farfus, Nick Yelloly and Martin Tomczyk eventually crossing the line in fifth.

Nissan finished as the top non-German manufacturer thanks to the #35 KCMG GT-R crew of Tsugio Matsuda, Katsumasa Chiyo and Joshua Burdon, which passed the #107 Bentley Continental GT3 late in the race for sixth. 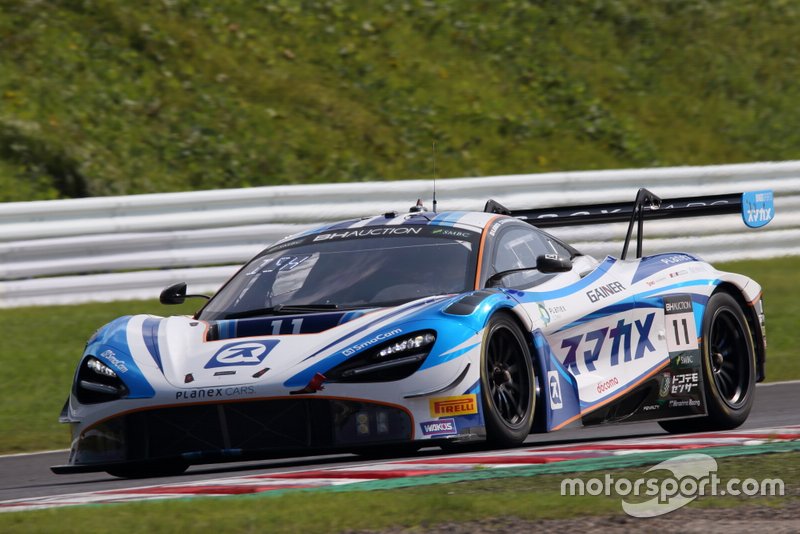