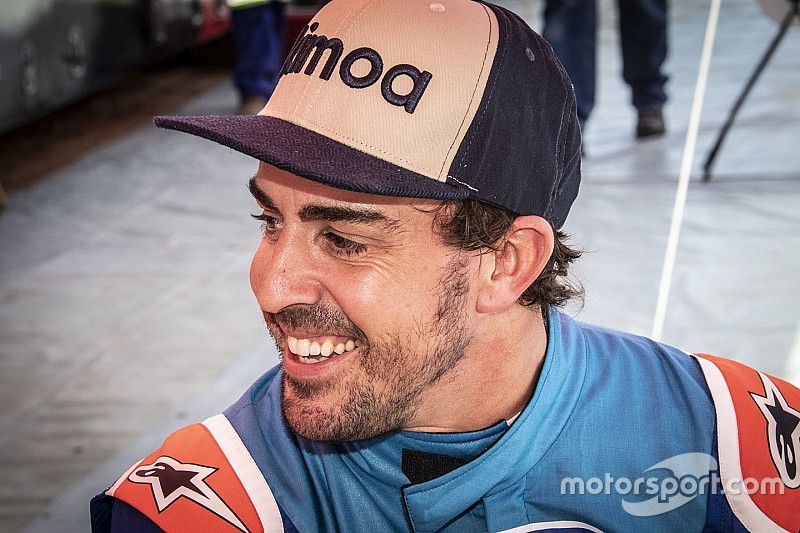 The two-time world champion walked away from grand prix racing at the end of the 2018 season but has become a McLaren ambassador and adviser for 2019.

In announcing his new role, the team said he would drive the 2019 car to further its development for this year and 2020.

McLaren has now confirmed that Alonso will drive in next week’s test at the Bahrain circuit.

Alonso will drive on both days, on each occasion at the wheel of an MCL34 McLaren is running to aid Pirelli’s tyre development.

He will get a full day of running on Tuesday but will sit out Wednesday morning so regular race driver Carlos Sainz Jr can drive, before returning to the track in the afternoon.

Sainz will also drive on Tuesday morning in the car McLaren is free to run as it pleases, with teammate Lando Norris taking over that car on Tuesday afternoon and driving for the entire day on Wednesday.

By committing Norris and Sainz to Tuesday and Wednesday running in the car it has set-up freedom over, McLaren has locked itself in to running a ‘rookie’ driver in the next test in Spain.

One of the two days at Barcelona following the Spanish Grand Prix will need to be conducted by a driver who has not started more than two grands prix.

Norris will satisfy that criteria next week as Bahrain will only be his second F1 race.

This means Bahrain may not be Alonso’s only chance to get behind the wheel of the MCL34 during the season.

He could also drive again if Pirelli conducts another two-day test in Abu Dhabi after the season finale.