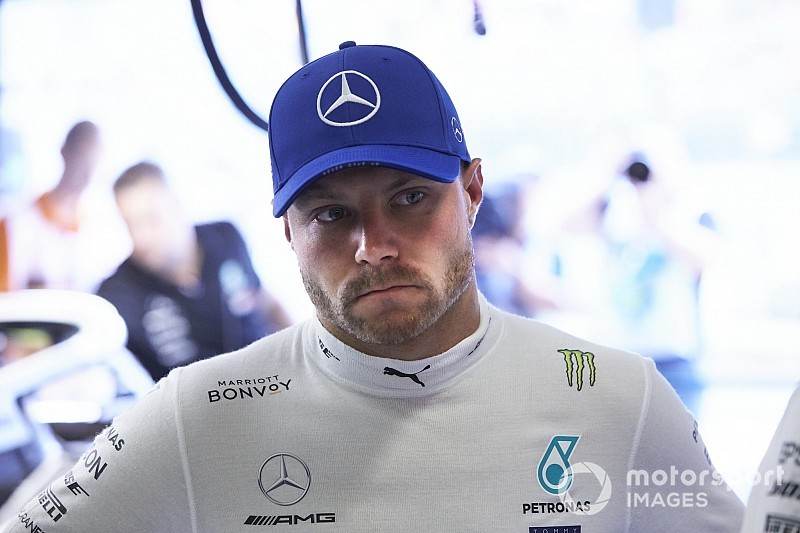 Valtteri Bottas admits that he has already been exploring other options should he not be retained by the Mercedes Formula 1 team in 2020.

Team boss Toto Wolff has confirmed that Bottas is in a straight fight with Esteban Ocon for the seat alongside Lewis Hamilton next season, with a decision due to be made during the summer break.

The Finn says he knows he has to have at least one alternative plan in place, should the decision go against him.

"Of course when you're in that kind of situation and when you still want to race in F1, you need to have Plan B, possibly Plan C," he said when asked by Motorsport.com.

Bottas conceded that given the pressure of the looming 2020 decision it's not been easy for him to judge how much risk to take in recent races, citing the moves he made on the first lap in Hungary. His race was ruined when he received front wing damage from contact with Charles Leclerc.

"For sure it's not easy, that's the thing in this sport, finding the limit, calculating the risks just enough, pushing hard and trying to take the opportunities but not to fuck up, like today. That's how it goes.

"But for sure, contract-wise you're on the limit – it never, ever helps. People think that some drivers perform better under pressure when things are on the limit, but for sure for me it doesn't help.

"But I can't say that going into Turn One I was thinking about it. I don't think so. Anyways I was very hungry for the win, no matter contract talks or not, I wanted to win this race, and wanted to take a risk.

"Today it just didn't go quite as planned, it could have been a lot different, just thinking about centimetres here and there."

Asked if he was nervous about losing his job he said: "Not really nervous. For sure it would be nice to hear some news when the team decides what they want to do. What can I do?

"I was trying today, took a bit of a risk, trying to get into the lead braking outside of Turn One, then just a bit messy, Turn 2 and 3, unlucky with the front wing damage.

"It could have been a different race. I don't think it's going to change everything, one race, like I said before the weekend. Not really nervous. We'll know more news very soon."

Russell: Williams needs to be more "dynamic" in its thinking