Russell: Williams needs to be more "dynamic" in its thinking 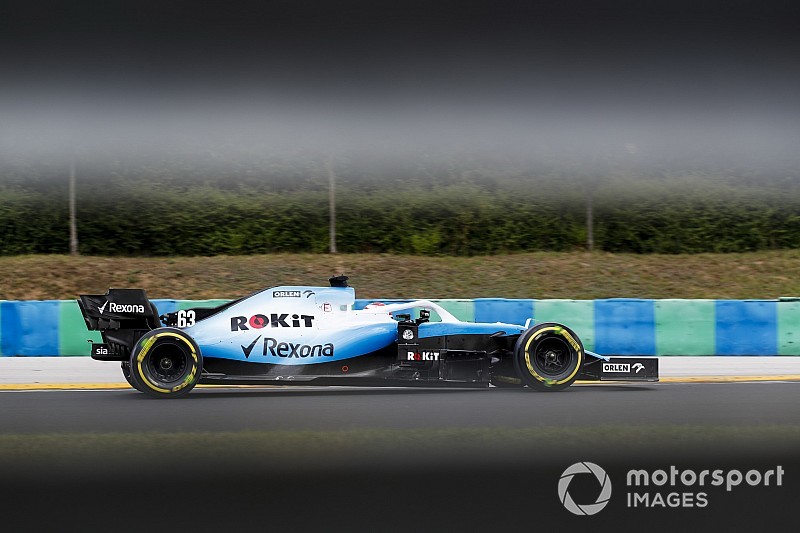 George Russell thinks Williams needs to be more "dynamic" in its thinking if it is going to repeat the uplift in form that caught attention at the Hungarian Grand Prix.

The British rookie nearly made it through to Q2 for the first time this year with a stand-out performance in qualifying at Hungaroring, as Williams' new update package appeared to pay dividends.

But while encouraged by the steps that Williams has made, Russell is also cautious about the chances of a repeat strong performance in the future if the team is not as open-minded to trying different things.

"I'd like to think we can carry this through to future races," he said.

"I'm not convinced but I think we just need to be more dynamic to the situation and have less preconceived thoughts of how we need to approach something - and try more across the weekend.

"We haven't really tried enough different things, purely on the tyres, than we should have and that's something I regret slightly."

Russell also thinks that the strong performance that Williams unlocked in qualifying was not repeated in the Hungarian race, when he again slipped back.

"I think we made a huge step, especially single lap," he said. "From start to finish I felt we were ahead of [Lance] Stroll in every session and at the start on Friday I felt we were there only through their errors. But it turned out to be reality.

"So we need to keep going like that but we definitely need to make a step in the race. In qualifying it was a mixture of things [that helped]. More downforce, and a lot more mechanical grip from the tyres. We really nailed the tyres. In the race you can tell there is more downforce but still not enough."

Russell reckons the Hungarian performance has highlighted how critical tyres are to the ultimate performance, as he says that there is too much resource having to be devoted to them.

"Formula 1 in the current state with these tyres is a very complex thing and when you only get two opportunities at it in Q1, when the track evolution is changing so much and the weather's changing, you've got to adapt so much to a situation.

"It's a bit of a shame in some aspects because it's such an overhaul and a factor for everyone on the grid. There's way too much work and resource put into these tyres, but from my side we just focus on my side of the garage and get the most out of my car. "

What Wolff is thinking in Mercedes' driver quandary