Bottas says he may rethink approach to battling Hamilton

Valtteri Bottas says he might “think differently” next time he’s battling with his Mercedes Formula 1 teammate Lewis Hamilton after losing out on the first lap in Hungary.

Bottas followed team protocol and left Hamilton space on the outside at Turn 2, which cost him some momentum. He felt that the world champion was then “a bit on the limit” when Hamilton subsequently slipped by at Turn 3, and the pair made contact.

Seconds after that Bottas clashed with Ferrari’s Charles Leclerc, the incident giving him front wing damage that ruined his race.

Bottas admitted he wouldn’t have left as much room at Turn 2 if he had been battling for position with someone else.

“That’s how it goes,” he said. “We’re also here as a team, we want to maximise the points, and we don’t want to compromise that side of things.

“Obviously Turn 3 was a bit on the limit, [Lewis] didn’t leave much room, and next time like in Turn 2, where I lost, I’ll think differently. But we both still have the respect, and we know the limits.”

Team principal Toto Wolff made it clear that his drivers are not allowed to take their contest to the sort of extremes seen in Austria, where Max Verstappen passed Leclerc, and the Ferrari driver went off the road.

The FIA has deemed that that kind of move, where the driver who loses out had the option to back off, is acceptable. However, Wolff says it’s not right between teammates.

“We discussed this in the team,” he said. “Even if the stewards deem the Leclerc and Verstappen incident at Austria correct, we don’t deem it correct within the team. We leave space. So we knew that wasn’t going to happen.

“It was just a really unfortunate half-lap for [Valtteri]. There is an outside line outside Turn 2, and if you stick your nose out there and you are able to hold the position through the corner you are on the inside. We’ve seen it with the Toro Rossos and in F2. The outside is a possible line.” 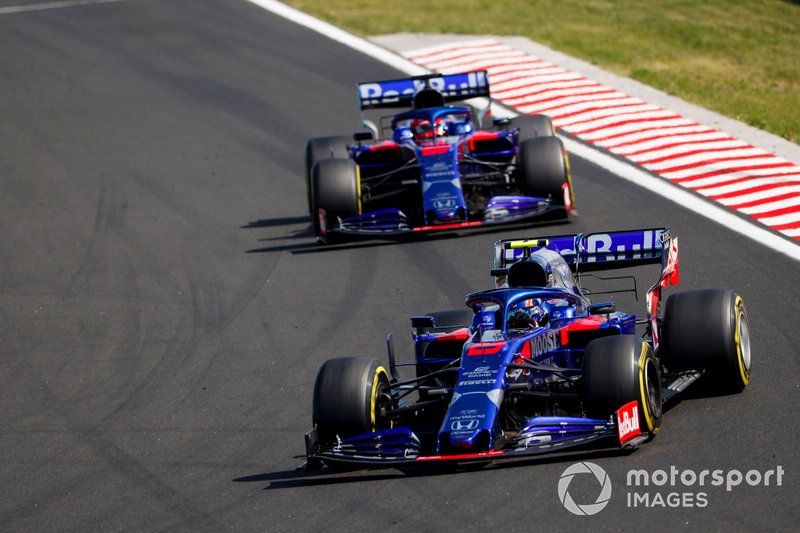 Horner: Only a 'gargantuan f***-up' would cost Mercedes title