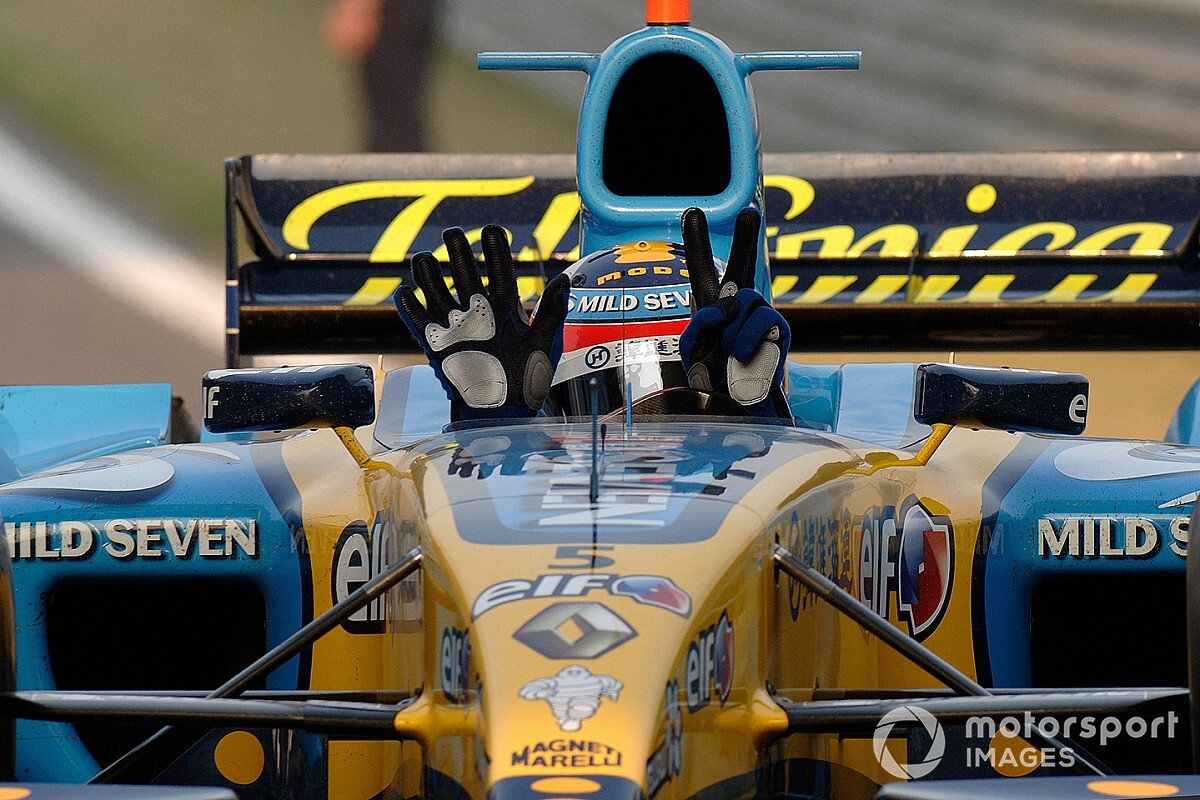 Jenson Button doubts former teammate Fernando Alonso would be interested in a Formula 1 return with Renault for 2021 to play a part in its rebuild project.

Following confirmation of Daniel Ricciardo's move to McLaren for 2021, two-time world champion Alonso has been linked with a potential F1 comeback with Renault next year.

Alonso has not raced in F1 since the end of 2018, but recently said he knew "more or less" what his plans for 2021 looked like.

It would mark a third stint for Alonso at Renault, with whom he won both his F1 titles in 2005 and 2006, albeit with a team that has failed to score a podium finish since reviving its works operation in 2016.

2009 F1 world champion Button - who partnered Alonso at McLaren in 2015 and 2016 - doubts the Spaniard would be interested in rejoining Renault while it remained incapable of fighting at the front of the pack.

"I think if Renault were close to the front and he could see that in 2021 or 2022, there are chances of podiums and wins, I think he would jump at the chance if he had the option," Button said on Sky Sports F1.

"But I think it's going to be a longer process than that if they do get to the front. It's probably going to be four-plus years. He doesn't have that time, and he's not willing to put in that time I don't think.

"I'm just not sure this is the right opportunity for him. I think if he was able to get into one of the top three teams, of course, he would jump at the chance because he can show his speed.

"He hasn't lost it at 38 years old. But building a team again for three or four years? I don't think that's what Fernando is looking for."

Alonso walked away from F1 at the end of 2018 in order to pursue other racing interests, going on to win the 24 Hours of Le Mans twice en route to the the FIA World Endurance Championship title with Toyota.

He refused to close the door on a potential return to F1, but said wanted to see the field become more competitive under the new regulations that are now delayed to 2022.

Ex-Renault F1 chief Flavio Briatore said this week he believed Alonso had "detoxed" during his time away from the sport, and was now ready for a return.