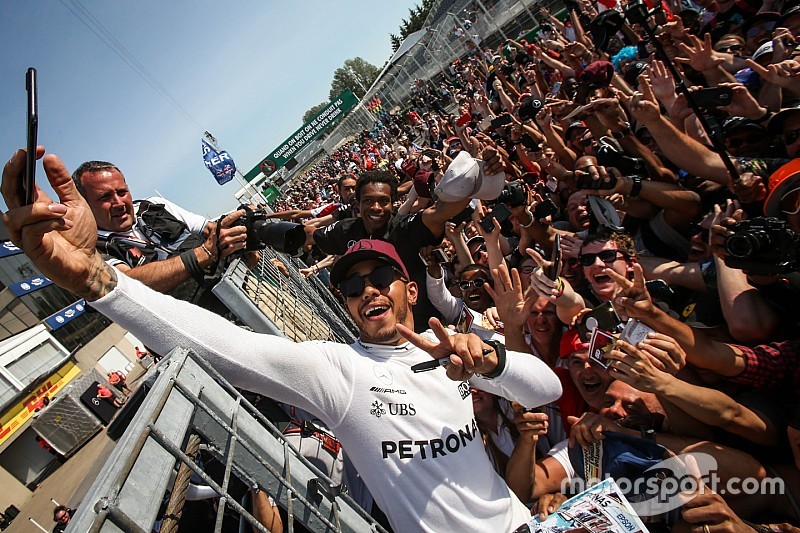 The event celebrated 50 years of Formula 1 racing in Canada, with the first event held in 1967 at Mosport Park, located near Toronto, Ontario. Since 1978, the Canadian Grand Prix is staged at the track built on Ile Notre-Dame on the St. Lawrence River.

Asked by Motorsport.com if the weekend had been a promoter’s dream, Dumontier replied “Not a dream come true maybe, but it was an excellent scenario. Lance [Stroll] scored his first points in F1 here, at his home Grand Prix, as part of the 50th anniversary celebrations of the Canadian Grand Prix. We couldn’t ask for more. The weather was perfect, Lewis Hamilton won the race in front of Valtteri Bottas and Daniel Riccardo. Both Hamilton and Ricciardo have scored their maiden F1 victory here in Montréal. Hamilton has great supporters here, and they were cheering for him and showcased huge banners to his name.”

Dumontier was especially happy to see the only Canadian in the field, 18-year-old Lance Stroll finish the race and score his first points.

“Maybe that will put a stop to certain criticisms against Lance," said Dumontier. "He was under tremendous pressure, and he delivered a really strong performance. It was a very good race."

Dumontier also confirmed that signing all the paperwork this weekend concerning the extension of the existing contract for the Grand Prix was a big relief.

“That’s an excellent news, I admit,” Dumontier told Motorsport.com. “It means no more worries until 2029. This will allow us to work without any pressure and to do some long-term planning. The other good news is the confirmation that the new pit complex and garages will be built by the City of Montréal in time for the 2019 edition of the race.”

The businessman also said the working with the new owners of Formula 1, Liberty Media, made a huge difference.

“Their approach is very different, and they’re easier to deal with,” Dumontier confirmed. “They are more open to new ideas. But for those who would have liked to see huge changes taking place immediately, well, it won’t be the case. It’s only four months that they [Liberty] are in charge of F1. We must give them time. But for example, the souvenir photo we took with all the drivers and officials to celebrate the 50th anniversary of the Canadian GP would have been… difficult to organise in the past.”

Force India to review rules of engagement after Canada spat

Five things we learned from the Canadian GP