Maurizio Arrivabene's departure as Ferrari team principal has been confirmed by the Formula 1 team, which has named Mattia Binotto as his successor.

As reported by Motorsport.com, Ferrari has brought an end to a long-running saga over the leadership of its team following rumours of disagreements between Arrivabene and his technical chief Binotto.

Ferrari confirmed on Monday evening that Arrivabene would be replaced by Binotto as team principal with immediate effect.

"The decision was taken together with the company's top management after lengthy discussions related to Maurizio's long-term personal interests as well as those of the team itself.

"Ferrari would like to thank Maurizio for his valuable contribution to the team's increasing competitiveness over the past few years, and wish him the best for his future endeavours.

"With immediate effect, Mattia Binotto will take over as Scuderia Ferrari's team principal. All technical areas will continue to report directly to Mattia."

Ferrari stalwart Binotto has been technical chief since 2016, when he stepped up to the role following the team's split with James Allison.

Binotto first joined Ferrari in 1995, originally as a test engine engineer, and then performed a similar role for the race team from 1997 to 2003.

After a spell as chief engineer he became head of engine and KERS in 2009, before stepping up to chief operating officer of the power unit at the end of 2014, playing a key role in the upturn in performance with its V6 turbo-hybrid engine.

He then taking overall charge of Ferrari's technical effort, helping transform the team into title challengers against Mercedes in 2017 and 2018.

It is unclear who will replace Binotto as head of Ferrari's technical department.

One suggestion is the team may elect to simply hand more responsibility to aerodynamic chief Enrico Cardile and Corrado Iotti, the head of Ferrari's engine department.

Arrivabene has been linked with a move into a senior role at the Italian football team Juventus.

He joined Ferrari as team principal for the 2015 season, succeeding Marco Mattiacci, after working with the team's long-time major sponsor Philip Morris International and sitting on the F1 Commission.

However, he leaves after a 2018 season in which management errors were viewed as one of the key reasons for Ferrari failing to secure either 2018 world championship title. 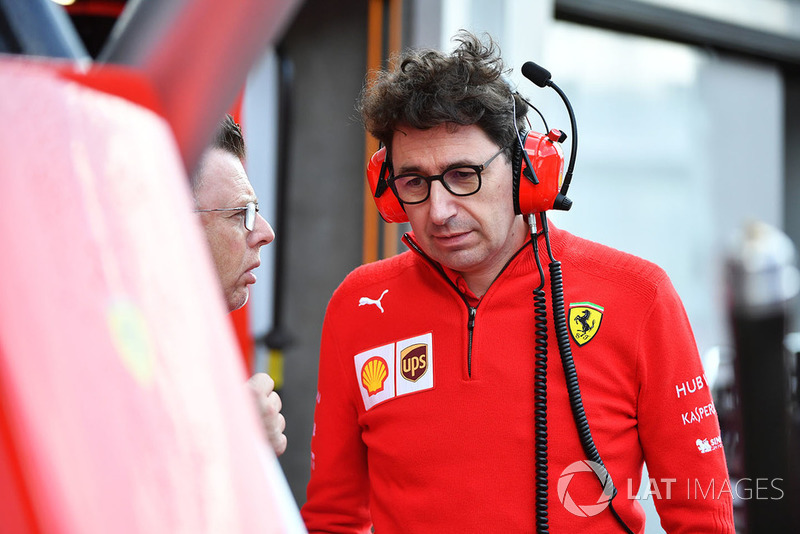