Ferrari: Engine advantage "not as huge as Mercedes had" 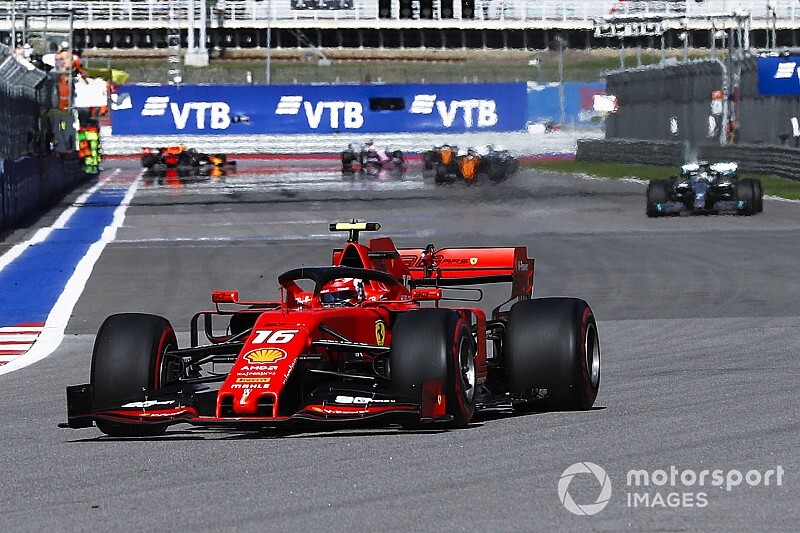 Ferrari insists its engine advantage in Formula 1 is smaller than people think and "not so huge as Mercedes had in the past".

When F1 switched to V6 turbo-hybrid engines in 2014 Mercedes launched to the head of the field with a comfortable margin over its rivals, initially due to its superior engine.

However, as this engine era has developed, Ferrari has eradicated its power deficit and established itself as the new benchmark in 2019, leaving Mercedes to vocalise its frustrations at losing time on the straights.

Asked by Motorsport.com if he was surprised by his team's engine advantage given other manufacturers are converging, Ferrari team principal Mattia Binotto said: "I would not agree fully with what you said.

"Firstly I don't think that the others are converging. I still believe that there are differences between all four manufacturers.

"We are probably the more powerful engine, but I don't think that the others are all on the same level at all.

"And I think that our advantage is not as big as you may think. We've got quite a big delta speed to the others, but that's down to the car as well, and the drag.

"If we can come down to the more detailed analysis, I think yes we've got an advantage but it's not so huge, for example, as Mercedes had in the past, when they were simply the best engine."

Ferrari's straightline speed is boosted by its decision to prioritise a more aerodynamically efficient car this season at the cost of higher peak downforce.

However, some in the paddock estimate this can only be worth two-to-three tenths of a second, whereas in Russian Grand Prix qualifying Ferrari was gain as much as 0.7s over Mercedes on the straights.

Mercedes team boss Toto Wolff admitted this was "among the most difficult" periods of the current engine era because Ferrari "just crush everybody with their straightline speed".

"I think on pure performance, there is not a lot to come [this year]," said Wolff.

"I think you've just got to acknowledge that there is a certain gap that is almost uncatchable, but we've got to do an even better job of putting a good chassis on the track, and understanding the tyres, and running the right race strategy.

"You can see in the last races we had a really good race car even though having a speed deficit on Saturday.

"I think this is where our opportunities lie, clearly with their kind of power unit performance we shouldn't be expecting to dominate the coming weekends."