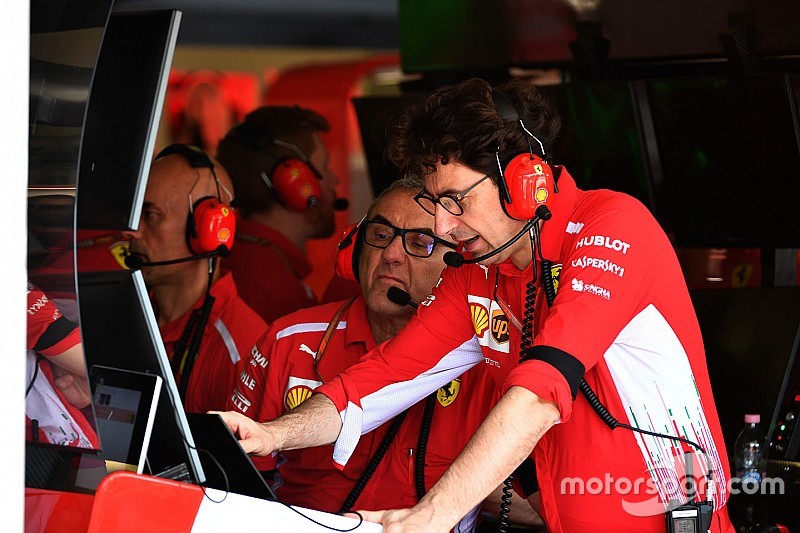 Ferrari president John Elkann has strongly refuted reports that the team faces further management upheaval and could even turn to former boss Stefano Domenicali for help.

The recent promotion of technical chief Mattia Binotto to become new team principal as replacement for Maurizio Arrivabene fuelled talk that it could be the start of a period of major change at Maranello.

And, amid rumours that CEO Louis Camilleri's position was being questioned, there were even wild suggestions that Lamborghini CEO Domenicali could be called back to Ferrari.

But in an open letter to fans that was published in Gazzetta dello Sport on Tuesday, Elkann has clarified that there are no plans for further restructuring at Ferrari – and is clear that the Binotto appointment was not a panic response prompted by conflict within the outfit.

"I read with surprise words and opinions attributed to me about Ferrari, but that have never been said and do not reflect my thoughts," Elkann wrote about stories based on comments he made at the Detroit Motor Show on Monday.

"I feel obliged to clarify some points, for the benefit of readers and in respect of the truth.

"The appointment of Mattia Binotto to team principal of Scuderia Ferrari does not represent 'a turnaround' in management and does not arise from alleged disagreements within the team.

"On the contrary, it was a choice decided by the company in agreement with Maurizio Arrivabene, who has worked tirelessly in the four years of work in that position to turn the Scuderia back to the levels of competitiveness it deserves.

"The work of Mattia, which has already begun in anticipation of the season that is about to start, rests its foundation precisely on what has been done in recent years. It is a line of continuity that aims at evolution, certainly not a 'rupture' compared to the past."

With sources clear that Domenicali has no interest in returning to Ferrari right now and is fully committed to Lamborghini, Elkann has also reiterated his commitment to Camilleri.

"I reject any rumour or imagination that suggests returning to the past and further changes in our structure," he said.

"My commitment to ensure stability and concentration to Ferrari is total, as is that of the CEO Louis Camilleri. Together, and with the contribution of all the women and men of Ferrari, we will reach the goals that we presented publicly a few months ago from Maranello."

Why Raikkonen is more likeable at Sauber