Five things we learned from the Hungarian GP

1: Ferrari turned a nightmare into a dream scenario 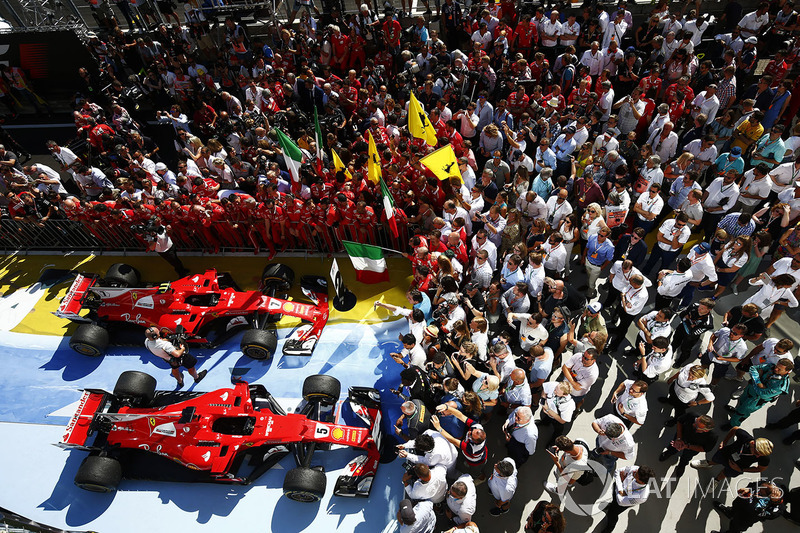 You could forgive the panic on the pitwall: Sebastian Vettel, F1 World Championship leader by one point, was dominating this race… But his victory was at risk, as his steering was bent to one side. It was, he reported, getting worse...

Now Ferrari had a dilemma: Second placed Kimi Raikkonen was already on the radio, complaining that the hamstrung Vettel – who’d been told to stay off the kerbs – was holding him up and inadvertently pushing him back towards the pursuing Mercedes duo.

If the Scuderia had looked to its Twitter timeline, it was lit up: “LET KIMI PAST!” it shrieked. And he was the rub: Keep Raikkonen playing tailgunner, and potentially lose this Grand Prix win for either car, but lose faith in Vettel and you'd give away a precious 25-point haul should he drag it home.

Mercedes, scenting blood, rightly switched its cars – as Valtteri Bottas was suffering a woeful second stint, pace-wise. Lewis Hamilton, who was flying, caught Raikkonen with ease – so what to do now?

Ferrari held its nerve. It bet the farm on Vettel, and he came up trumps. Hamilton couldn't find way past Raikkonen, as Ferrari was just too strong.

It was some showing from the Prancing Horse, which outpaced Mercedes fair and square – a taste of their own medicine, you might say. And which marque might live to regret its race strategy on Sunday? 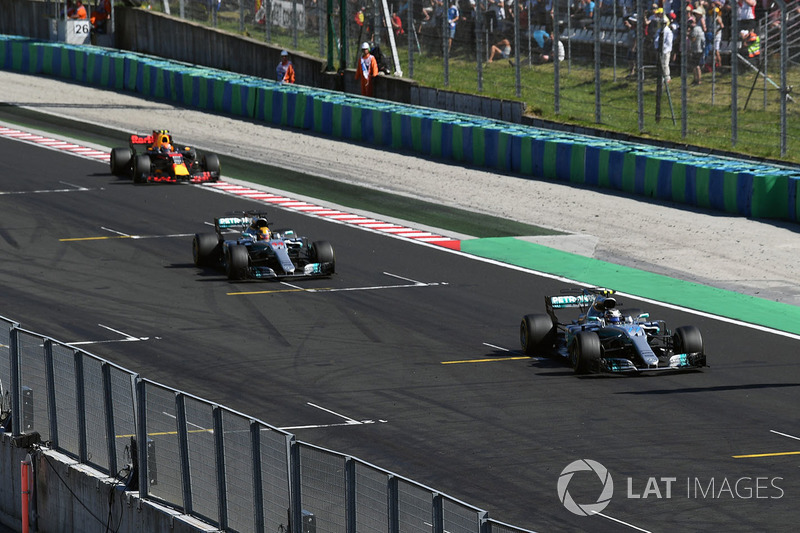 There was little surprise when Bottas ran deliberately wide at Turn 1 to allow teammate Hamilton to slice past him and chase after the Ferraris. But the true eyebrow-raising moment came on the final lap, when Hamilton almost crawled to a halt to let Bottas re-pass him, confused backmarkers scattering hither and thither. Lewis crossed the line with Max Verstappen just 0.391s behind him.

All very laudable on Hamilton’s part, fair play and all that, but the fact in the cold light of day is that he willingly gave up three points to Bottas, despite being almost 20 points ahead of him in the points race.

I know there are still nine races to go, but titles have been decided be less than three points before – as Lewis knows all too well from 2008. Hamilton says he’s a “man of his word”, which is all terribly lovely, but I don’t actually think there would have been many complaints if he hadn’t swapped back the position (apart from his haters – they’ll complain at anything he does or doesn’t do).

We often hear how Lewis watches the race on the big TV screens when he can, so surely he saw Verstappen’s proximity behind Bottas. That was such a convenient excuse – and he even had an intermittent radio to blame!

It smacks of the team trying too hard to be fair, as if it’s striving to avoid the Hamilton/Rosberg meltdowns of previous seasons with its new pairing. I also don’t think Bottas would have truly kicked off anyway, given his pace deficit to Hamilton in the closing stages. As his pace dropped, might Hamilton have passed him anyway on merit?

Afterwards, Mercedes admitted it could live the regret the decision. I just think back to what someone like Ayrton Senna or Nigel Mansell would have done in this scenario: I reckon they’d have stayed ahead and then waited until later in the season, when the title was either won or lost, and then gifted their teammate some points (or a win, even) to maintain the intra-team vibe ahead of next season…

3: Give that man a better F1 engine, not a deckchair 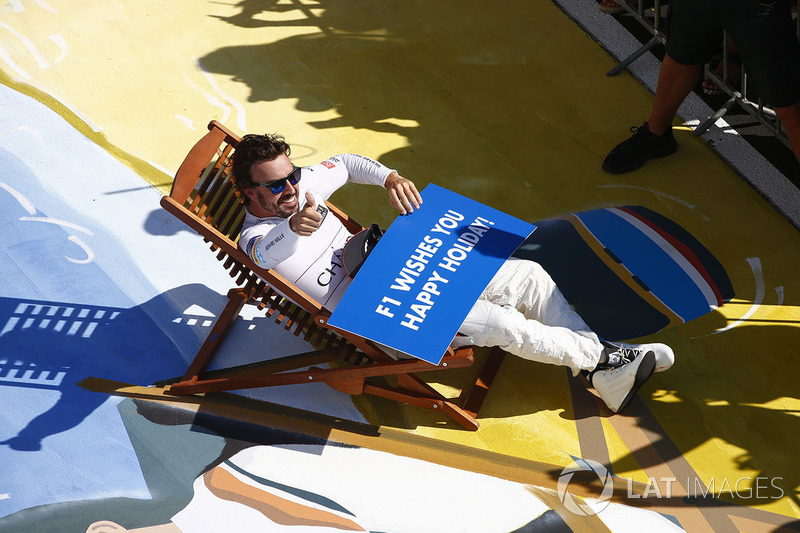 “Do you really want me to go and sit on a deckchair instead of in a decent F1 car?” That’s what Fernando Alonso’s post-race antics under the podium (which went viral, of course) said to me.

We’ve taken his claims in recent weeks about him driving his best races, or being “quickest through the corners”, with a pinch of salt but that drive on Sunday was genuinely magnificent. It’s easy to forget he also set fastest lap at Monza last year – but even he was moved to admit that this one was “a little bit unexpected.”

“He was more on the pace of the leaders than of the midfield,” admitted Sainz after Alonso drove around the outside of him with a brilliant move at Turn 2, having quite purposefully overdriven Turn 1 to gain more momentum on the following straight.

What we wouldn’t give to see that pace become as normal as his ever-present overtaking skills, and for Alonso – and McLaren – to be fighting at the sharp end once more. 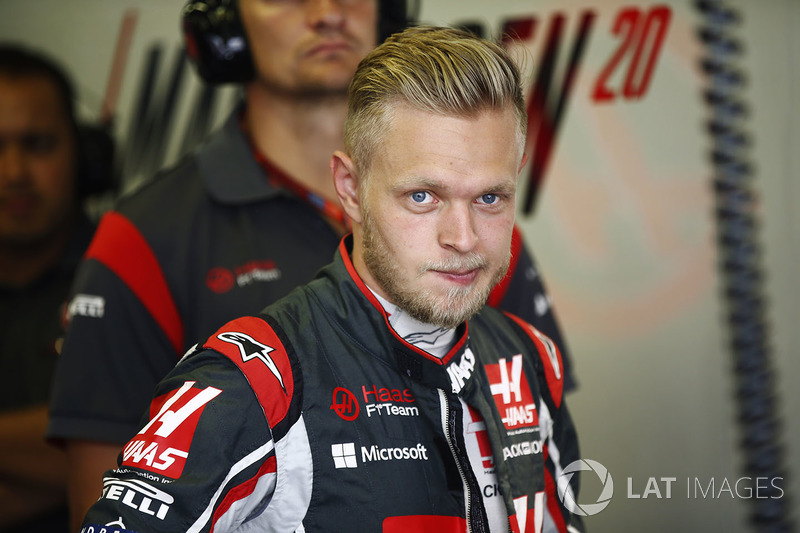 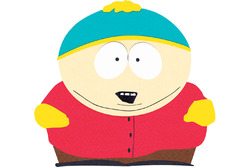 Nico Hulkenberg got more than he bargained for when he decided to interrupt Kevin Magnussen’s post-race interview with Norwegian television. As he declared KMag the “most unsporting driver in F1”, Kevin’s reply was sheer Eric Cartman from South Park: “Suck my balls, honey.”

It was genuinely the best comeback I’ve ever heard in the F1 media pen, which is usually home to the meaningless soundbite or empty platitudes. If only Hulk had responded with: “Respect my auth-ori-tiiiiy!”

And, bearing in mind Nico had punted Magnussen’s Haas teammate Romain Grosjean off at the first corner, it was also a bit rich coming from him!

5: Paul di Resta’s feet are bigger than he thinks 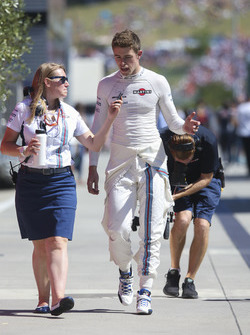 We’ve all been there: bought some brand new shoes, head out in them – only to realise a few hours later that they’re effectively a means of blister-inspired torture.

This (kind of) happened to Paul di Resta, upon his late call-up for the sick Felipe Massa at Williams. With no practice time, the Mercedes DTM star had only had 20 minutes of cockpit time in Q1 to acclimatize – during which he did a sublime job to get within 0.76s of his teammate in just a couple of runs. Bravo!

But in the race proper, when he managed 60 laps before being called in to retire with an oil leak, “my feet were killing me,” he reported.

There’s probably a joke here about Massa’s shoes being big ones to fill, apart from the fact Felipe’s feet are as tiny as the rest of him. All the more commendable that di Resta toughed it out, and a shame he didn’t get a finish.

At least it was a timely reminder of his skills behind the wheel rather than in front of the camera, as well as an ability to find fault with just about anything – just like all the other F1 TV pundits!

Story behind the photo: Vettel soaks up the celebrations