Haas was "blindsided" by strong 2018 season 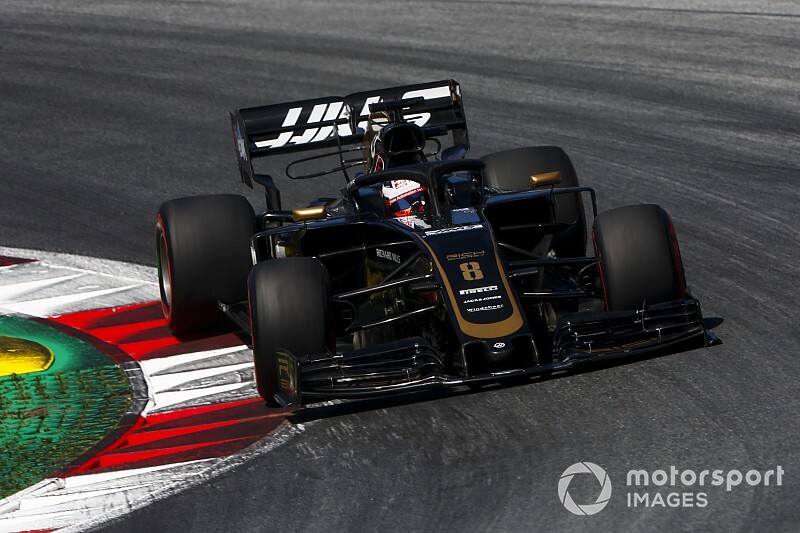 The Haas Formula 1 team was "blindsided" by its good results during the 2018 season and failed to see its 2019 car problems early enough, according to Gunther Steiner.

The American outfit enjoyed a strong 2018 - its third season in Formula 1 - and went on to finish in fifth place in the constructors' championship with 93 points.

But, despite a sixth-place finish in the 2019 season opener in Melbourne, Haas endured a miserable year as it struggled to make its tyres work in most conditions.

The team dropped to ninth in the standings, its worst result since its debut campaign in 2016, with just 28 points.

Steiner reckons that coming from such a strong season in 2018 contributed to making Haas oblivious to its issues.

Asked if the Bahrain Grand Prix, the second race of the season, was the first clue about the tyre problems, he said: "No, that's the first time it came to light that something isn't right and we found we could not manage the tyres.

"Then we tried to work with the tyre, tried to influence the tyre from the outside instead of going down to see if we had an aero problem, because the car was good in qualifying.

"Not knowing where you are, you don't react properly and once you really understand what it is – which was summer break time – it's too late.

"After the summer break you don't think of the racetrack anymore, we were just too far off. So it was better to go back and focus on 2020."

Steiner says his drivers Kevin Magnussen and Romain Grosjean began expressing their worries about the car around the time of the Spanish GP, but he acknowledges the team didn't listen to them.

"There [in Spain] the result was good," Steiner added about Barcelona, where both drivers scored despite a clash between them.

"We saw it again in qualifying, but not in the race because in the race we saw we had [a crash]. So we didn't figure out in the race what happened, but the car in Barcelona could have been strong.

"So maybe in Barcelona we believed a little bit too much that the car is good everywhere. This car was good in Barcelona specifically. So at the time the drivers said this is good.

"We were into Q3 and I think we qualified sixth or seventh there, pretty good. So how can we say this is not good? One of these things we thought was maybe little bit blinded by the 2018 result."

He added: "With hindsight it's easy to say I would react differently to what happened in Barcelona. I would say, 'guys, you need to get together here, something doesn't stack up'. We believed the results more than the data and the drivers.

"So, we believed the easy bit and the nice bit to believe, which was the result – not the reality which was not charming. Something is up here. The guys are not happy, 'but the result is good'. 'OK', but they have a good reactionary budget."