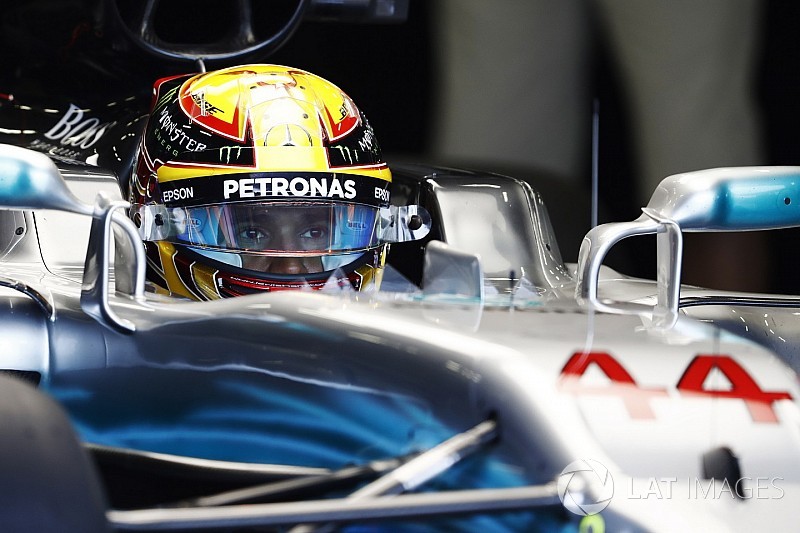 Lewis Hamilton has no doubts he is driving better now than at any point of his career, as he bids to land his fourth Formula 1 world championship title.

The Mercedes driver was dominant over the British Grand Prix weekend as he moved to within one point of leader Sebastian Vettel in the drivers' standing.

But on a weekend where him equalling Jim Clark and Alain Prost's records with a fifth win on home soil prompted comparisons with the sport's greats, Hamilton says his historic achievements don't matter much at the moment.

Instead, he says that the most important thing to him right now is the enjoyment he gets out of F1, and the fact that he believes he is producing the best form of his career.

"All I do know is I'm loving racing, I really, really do feel within myself I'm driving better than I've ever driven," he said. "I think I may have said that in the past, perhaps with less conviction. Within myself, I know that right now I'm at my best.

"No one else can do it for me and there's no other advice or guidance or anybody that can infiltrate that. I've got a great team of people around me, who also help me be as good as I am today – there so many people in our team.

"With all these people it's a long old chain, but it's operating at it's most efficient and we want to continue it."

Hamilton's fourth consecutive British GP win has left many wondering why he is so strong at Silverstone.

Asked about what it was about the venue that helped him excel, he half-joked: "Because I own it!"

He went on to explain that he felt his form at Silverstone was helped by the nature of the track, and the boost he got from his fans.

"Naturally you're going to think I'm biased but I've got a lot of love for different tracks that we go to but this is one of the favourites of the year – particularly with the car's performance improving," he said.

"In terms of the energy I get from these fans – there is no other driver that gets this kind of energy anywhere. I really do think it boosts you, just lifts you up. There's no avoiding it.

"Literally from the start of the race, before I even got in the car, I could see the crowd and every time I turned to see them they cheered. I did the start, accelerating down to Turn 3 [Village] and out the corner of my eye I could see the guys cheering.

"I got to Turn 7 [Luffield], and everyone was standing up cheering – every lap, for 51 laps, everyone stands up every single lap. There wasn't one lap that I didn't see them standing up and cheering.

"I just feel like they're egging me on, and I don't see that anywhere else in the world. I think that's a real big part of it."