Honda has more power than Mercedes "in some places" - Hamilton

Honda’s gains in Formula 1 have delivered Red Bull an engine that is now more powerful than Mercedes in some places, reckons world champion Lewis Hamilton. 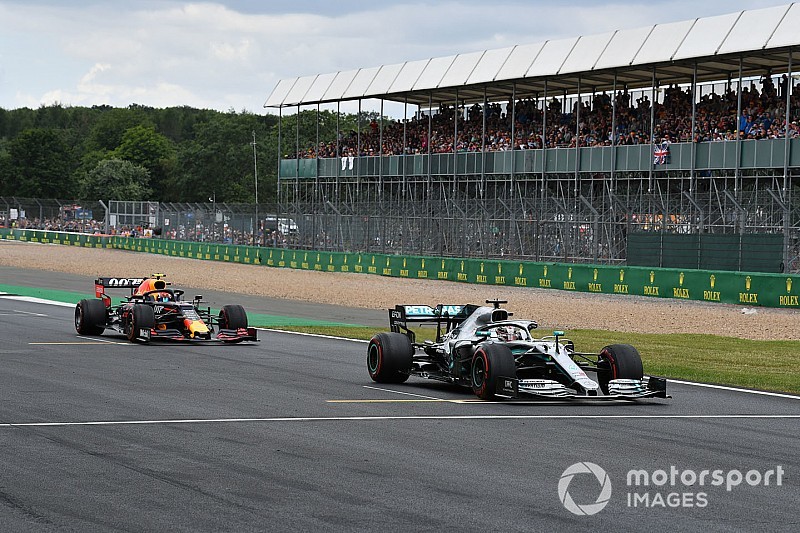 Amid a growing threat from the Milton Keynes-based team, which has won two of the last three races, Hamilton has no doubts that his rival is making good progress.

The championship leader is convinced that at venues that particularly suit the Red Bull package, that it has all it needs to knock Mercedes off the top.

“We're in obviously the period of time where it suits them - and also people need to remember that sometimes a car's better in other places,” explained Hamilton ahead of the Hungarian Grand Prix.

“A car is not always the best through the whole season. In Austria, Red Bull was a better package for that circuit. It worked well in the temperatures and everything. Even compared to us with a good car, and against the Ferrari.

“It might be that way this weekend. I think Singapore will be strong for them. And when we get to the longer places like Monza, it could be different this year now they have a new power unit.

“They're not lower on power. I think in some places they've got more power than us, so it will be interesting to see how they go in those other races.”

While Red Bull’s leading driver Max Verstappen has played down his own chances of fighting for the world championship, the Dutchman has also not totally given up on his bid.

Hamilton insists it is no surprise that Red Bull is right up there so soon following its switch to Honda power.

“I think what people need to remember is that it's a multi-championship-winning team, they've always had a very good car,” he explained. “You've got Adrian Newey there, who is one of the best designers there is in the sport.