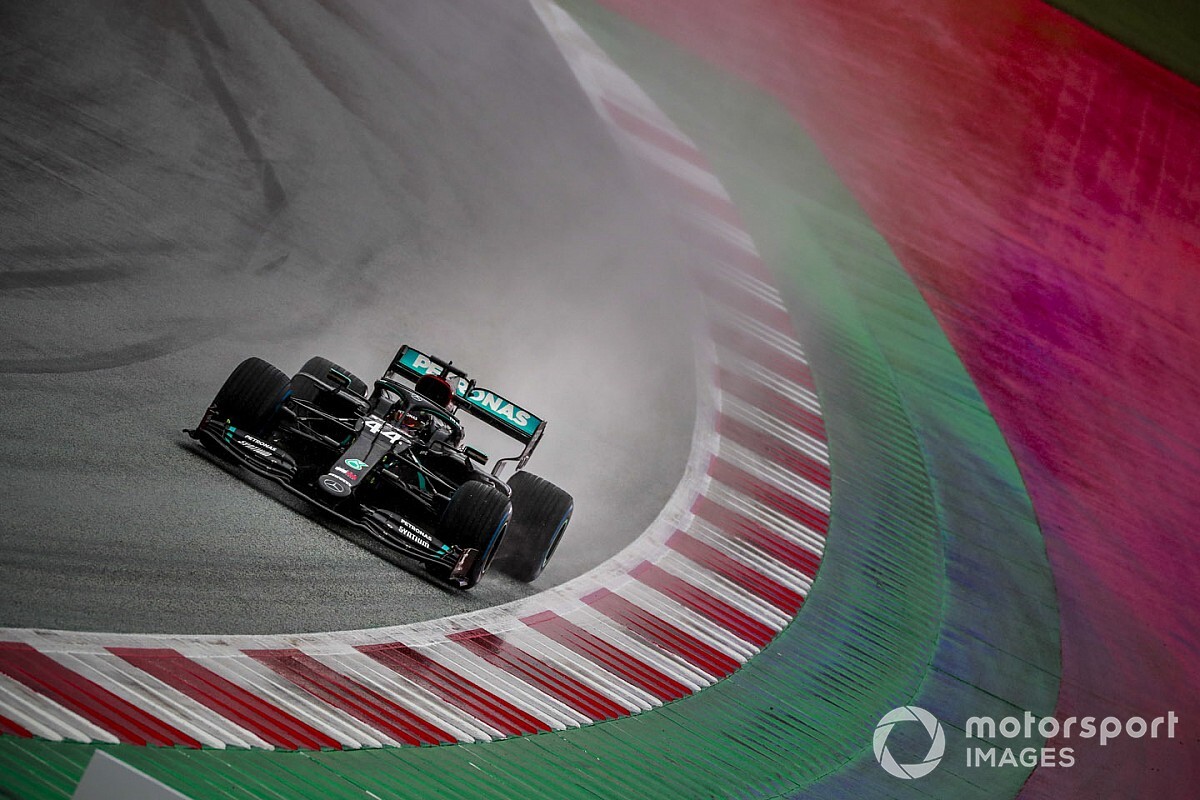 Toto Wolff heaped praise on Lewis Hamilton following his pole position lap in the wet on Saturday for the Styrian Grand Prix, calling his performance "not from this world".

Hamilton charged to the 89th pole position of his Formula 1 career in heavy rain at the Red Bull Ring, producing two laps good enough to beat the rest of the field.

Hamilton said his qualifying reminded him of his famed victory at the 2008 British Grand Prix, when he won by over a minute in heavy rain.

Asked about Hamilton's performance, Wolff was full of praise for his driver, saying the lap was "on the edge".

"Very rarely do you see performances that are just not from this world," Wolff said.

"When you look at the onboard of his lap, he was balancing the car on the edge, aquaplaning, throttle control was incredible.

"I can't remember that I have seen 1.2 seconds between first and second.

"I think driver and car merge into one, where a perfect car with the tyres in the right window, and perfect driveability on the power unit come together with skill and intelligence of the racing driver.

"Only then do you see this kind of performance."

Hamilton was heard interacting regularly on the radio with race engineer Pete Bonnington throughout qualifying, receiving updates on conditions as he tried to time his laps perfectly.

Wolff said the close communication was important for Mercedes, especially in difficult conditions such as those in qualifying.

"[In] these conditions where you really need to be sharp to advise the drivers where the gaps are, how the weather develops, [with] drivers feeding back what he sees on the track," Wolff said.

"The intercom protocol needs to be very precise. Obviously it's of great help if engineer and driver have been working together for a long time and trust each other.

"I'm really proud and impressed how it happened today because it was about finding the right spot on the track, analysing the weather, deciding when to put the engine into recharging mode, or when to deploy the party mode, which doesn't last for long.

"That was perfectly synchronised today."