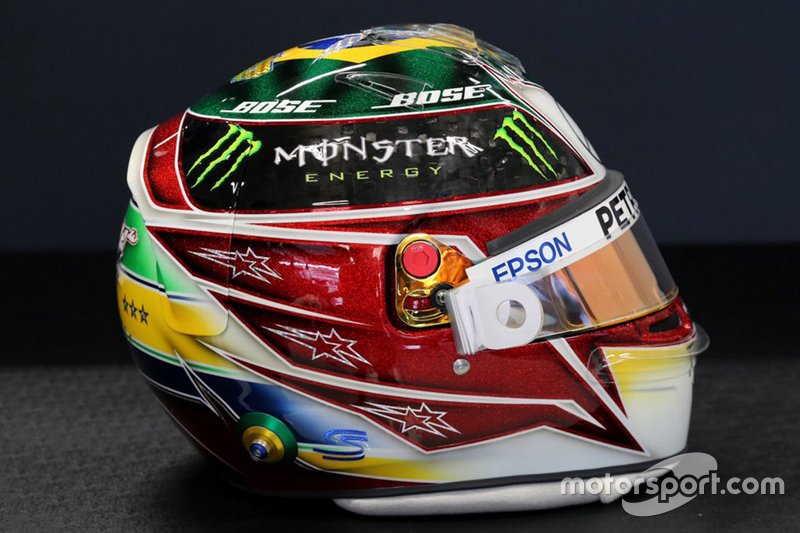 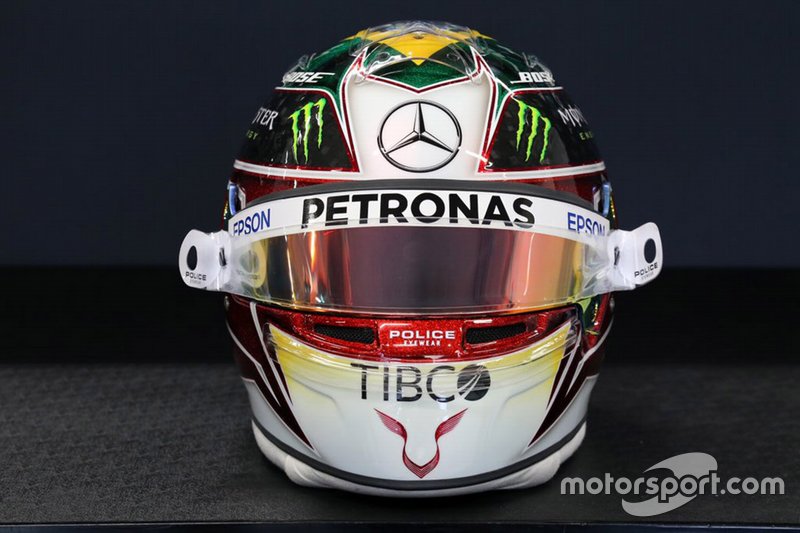 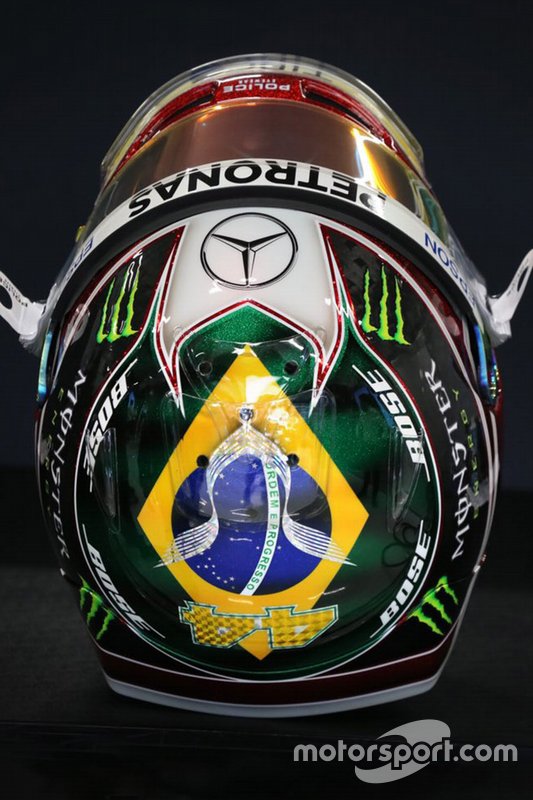 Hamilton, who was crowned a six-time world champion last time out in Austin, has made a habit in recent years of adapting his helmet design to reflect Senna’s famous yellow colours. His new design also incorporates six stars for each of his titles.

“It is kind of a salute to him, but also there are no Brazilian drivers here and I know how much Brazil misses Ayrton,” said Hamilton. “So it is cool to just bring it back this year, as that’s the guy that inspired me to do what I do.”

Hamilton spoke at length about how Senna influenced him as a young boy, and how his legacy lives on long after he died in a crash in the 1994 San Marino Grand Prix.

“I’ve spoken about him so many times over the years,” added Hamilton. “What for me, as a kid, I just saw someone on the TV who was doing something great, just like I saw Superman.

“Superman is my favourite superhero, and I wanted to be Superman, and I saw Ayrton doing what he was doing and the way he stood up for himself. As a young boy in Stevenage, I was constantly confronted with bullying and it was great to see someone stand up for themselves, for their beliefs, his never-give-up attitude, his aggressive driving style that he had and his sheer skill was to be admired and that inspired me to do, as a person something like that, to stand-up for myself.

“In terms of the legacy he’s left Formula 1, that still stands. He is still viewed as one of the greatest drivers of all-time, he really did move a whole nation and I’m not aware of another driver that’s really, really done that to that extent, maybe [Juan Manuel] Fangio has, but yeah, it was like if you look at Princess Diana when she passed away, how many people came out that day, it was pretty the same when Ayrton passed and that was pretty huge for the country, but also people around the world.”

Here are some of Hamilton's previous Senna tribute designs... 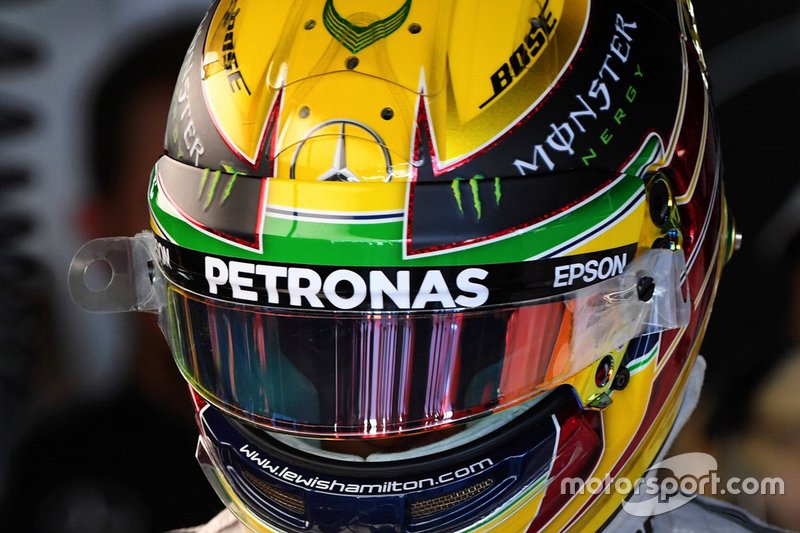 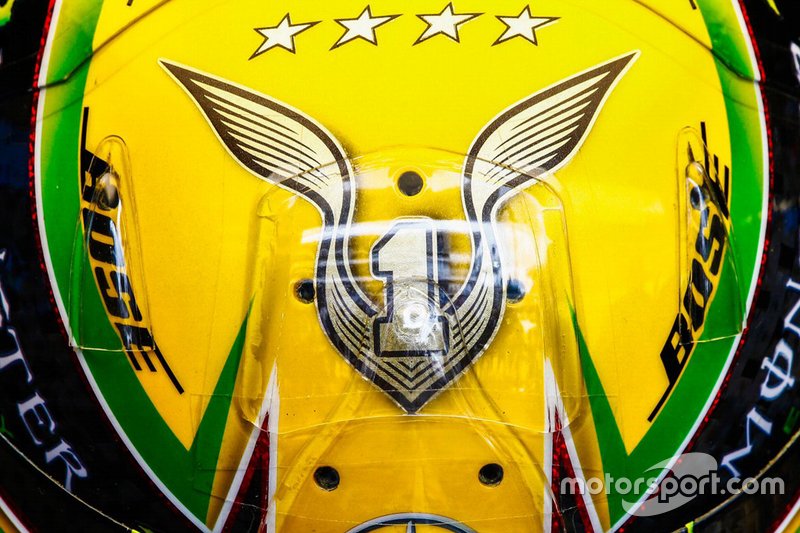 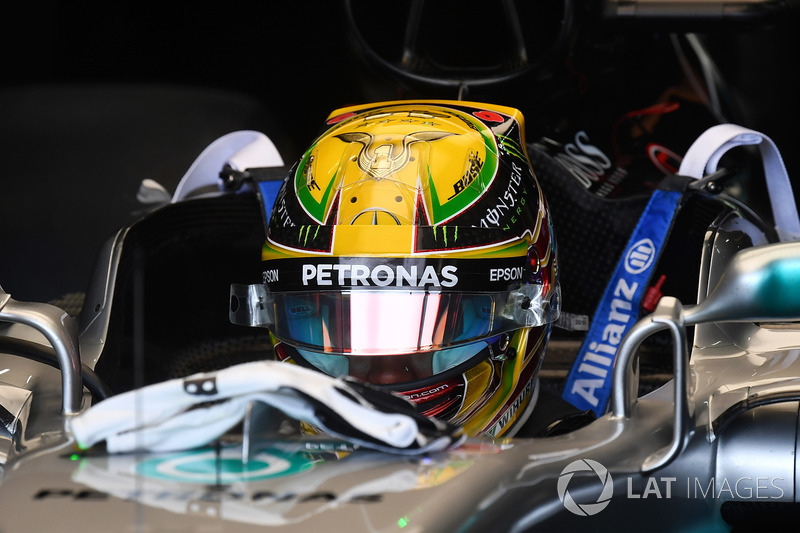 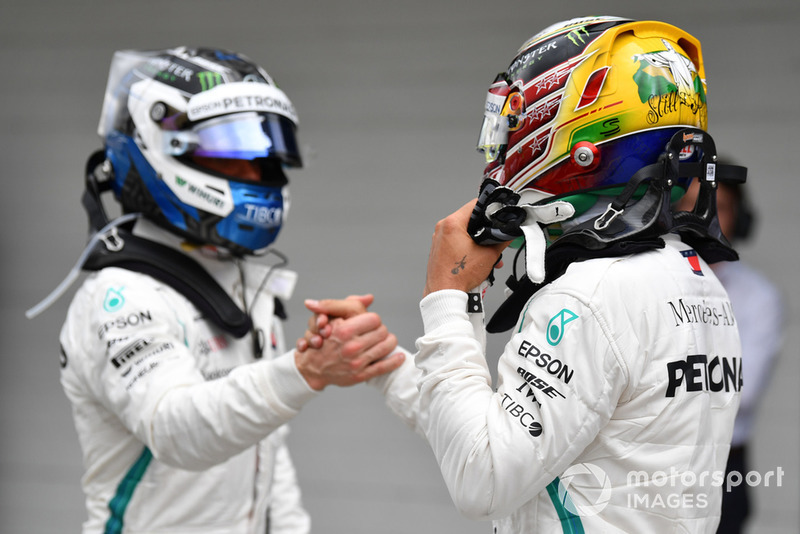 Live: The British Grand Prix as it happens