Lewis Hamilton says he does not understand why the FIA has chosen Vitaly Petrov as a Formula 1 driver steward this weekend, following recent controversial remarks the Russian made. 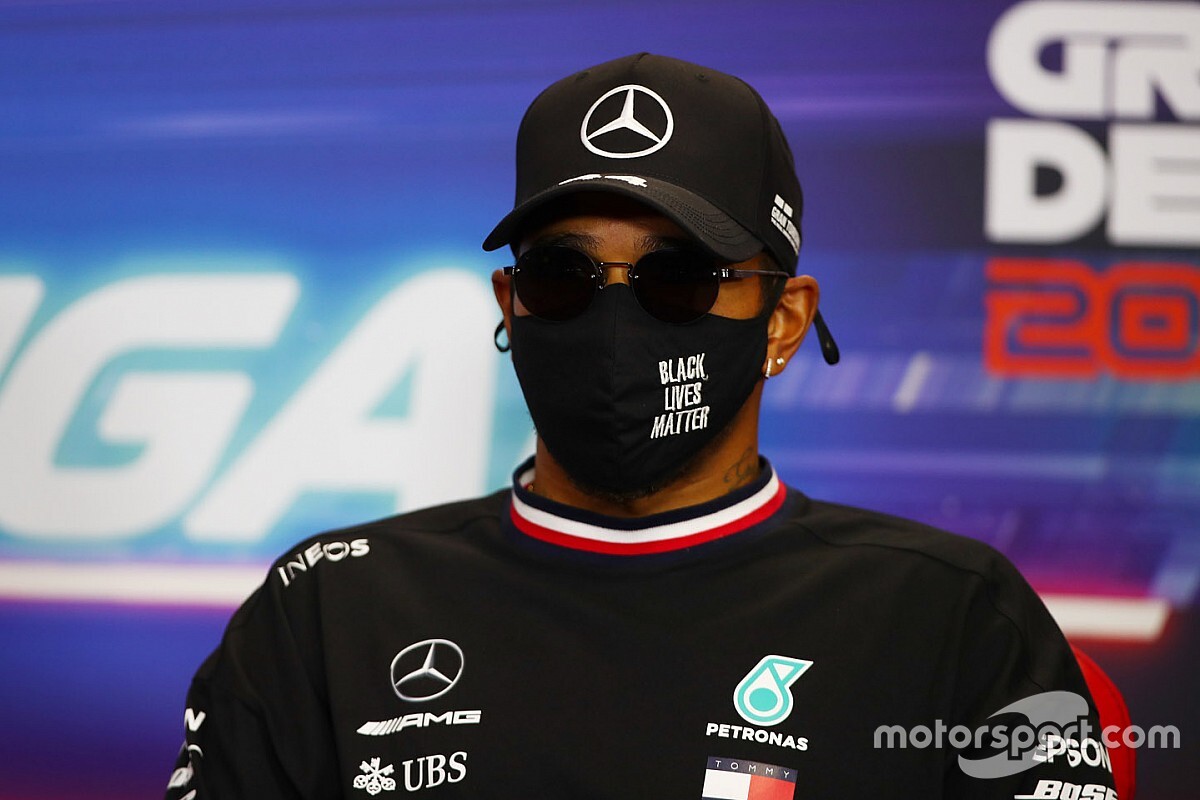 While F1 and the FIA has pushed hard with its anti-racism message this year, Petrov stirred up feelings in a recent interview when he said he did not support the kneeling protests before races.

"According to our traditions, people kneel only on two occasions - in a temple, before God, and when you propose to your future wife.

"With this gesture, they are trying to draw attention to the fight against racism. Russia has a different mentality, and we don't have such a problem that Hamilton talks about.

"There should be respect for every person, but I think that then it is necessary to think over everything more globally, to create some kind of organisation for funding."

Petrov then added he was not impressed by Hamilton's wearing of a Breonna Taylor T-shirt at Mugello, which prompted a ban on drivers pulling off a similar stunt at subsequent races.

"I think half of the audience did not understand at all what this shirt was about until it was explained," added Petrov.

"And what if one of the drivers confesses to being gay and will go out with a rainbow flag and urge everyone to become gay? There can be a lot of examples."

With Petrov's choice as a steward being picked up by some on social media as not sitting easily with the FIA's #weraceasone campaign, Hamilton said he was baffled as to why he has been picked.

"I would say it's a surprise to see they would be hiring someone that has those beliefs, and is so vocal about things that we're trying to fight against," said Hamilton.

"So you should take it up with them really, there's nothing I can particularly do about it.

"But we should definitely be including people here who are with the times, who are understanding of the times that we are living in, and sensitive to the matters that are surrounding us.

"I don't really understand what their goal is or why particularly he's here. It's not like they don't have any other good options."

Mercedes to run without DAS at Portuguese GP