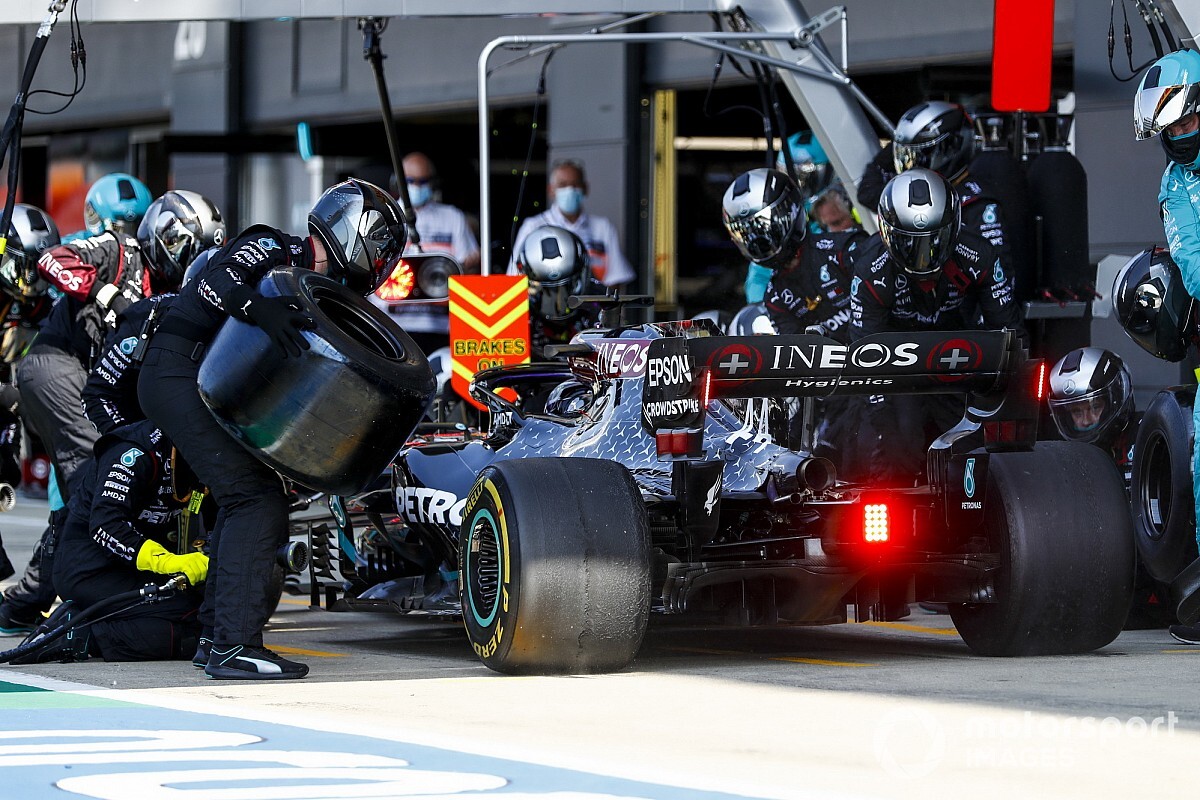 Lewis Hamilton suspects that the increased tyre pressures that have led to them being like "balloons" contributed to the blistering problems that hurt Mercedes in the 70th Anniversary Grand Prix.

With Max Verstappen taking a surprise victory for Red Bull at Silverstone, as Mercedes faced battles all afternoon to keep its tyres alive, Hamilton said he never expected things to be as bad as they were.

And with Mercedes suffering the most out of all the teams, Hamilton suspects that a ramping up of tyre pressures as a result of the failures encountered last week may have been to blame.

Asked if he had any reasons why Mercedes was hurt more than others, the second placed finisher said: "Not that I know of at the moment, but I'm sure the team will be working as hard as they can, because we've not had that before.

"I would imagine most likely is obviously Pirelli were struggling with tyre failures last week. So then weekend on weekend on, they just put the pressures up and up and up and up. They're balloons now, they're the highest pressures we've ever had on a track like that.

"I wouldn't be surprised if that was a thing for us. But I don't know if anyone else struggled with blistering like we had so it's something we'll look into."

Hamilton said that he was happy to have recovered to second after a tricky race where at times he felt he was driving with just half a tyre.

"Definitely unexpected to have the blistering as hardcore as we experienced it," he said. "But I'm really grateful to have progressed and managed to just get my way through the race.

"I think right at the end I had blistering again but I'd been pushing pretty heavily to catch the guys."

He added: "That second stint, I was managing like you couldn't believe. I was managing to the best of my ability but it just didn't make a single difference to that blistering.

"At the end I was just driving with half a tyre basically. If you look in the mirrors, one half was bald and the other side was okay, so it held together. But of course I was nervous it was going to explode or something."

Verstappen on his win: "I didn't see it coming"