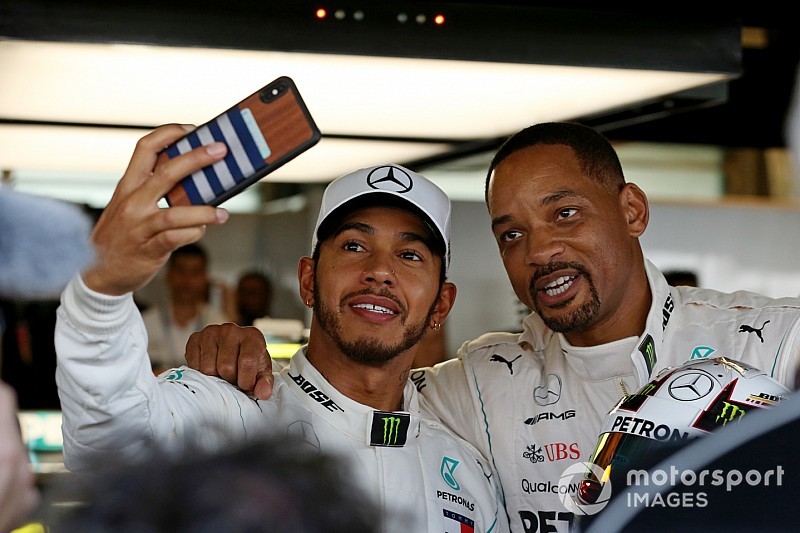 Smith was a guest of Hamilton's Mercedes team this weekend and the duo recorded a light-hearted video in the build-up to the race where Hamilton was tied to a chair by the rapper/actor, who then walked into the garage in his own race suit and Hamilton's crash helmet.

Hamilton went on to control the race from pole position but said he was a little wary of joking around in the time he usually reserves to prepare.

"It's been an unconventional weekend," said Hamilton. "Yesterday morning I was filming something with FIFA and Sony, and then this morning doing stuff with Will.

"Will is the original 'hype man'. He's hype. He creates a lot of energy. He's like a big brother to me, so we were doing some filming and stuff which was literally 10 minutes before we got in the car.

"We were doing some fun filming, which I never, ever do because that's usually the period of time where I get ready.

"So I was a little bit, going into the race, like, 'Jeez, I've completely changed my pattern', if there is a usual relaxing period.

"But I got a great start and then after it was really standard."

Hamilton's victory took him to 11 wins for the season, matching his best-ever tally for a single campaign in the face of increased opposition for Ferrari.

Though the five-time world champion's exploits this weekend continued a theme of Hamilton breaking away from conventional F1 driver behaviour, he made it clear he expects "nothing but perfection".

"That's what we strive for as a team," said Hamilton. "We've done an exceptional job all year, it's a real privilege to work with these guys and be able to raise them up at the end of the year.

"I'm happy to finish on a high. Seb was driving really well through the race, putting in some great laps, and it got so tricky at the end with the wind but I think it was the same for all of us."

Hamilton ended his "unconventional" weekend by celebrating topless on the podium having pulled down the top half of his race suit.

He explained that he did so to showcase the tattoo he has of his 'Still I Rise' motto at the top of his back.

"It didn't go as I thought it would go," Hamilton admitted. 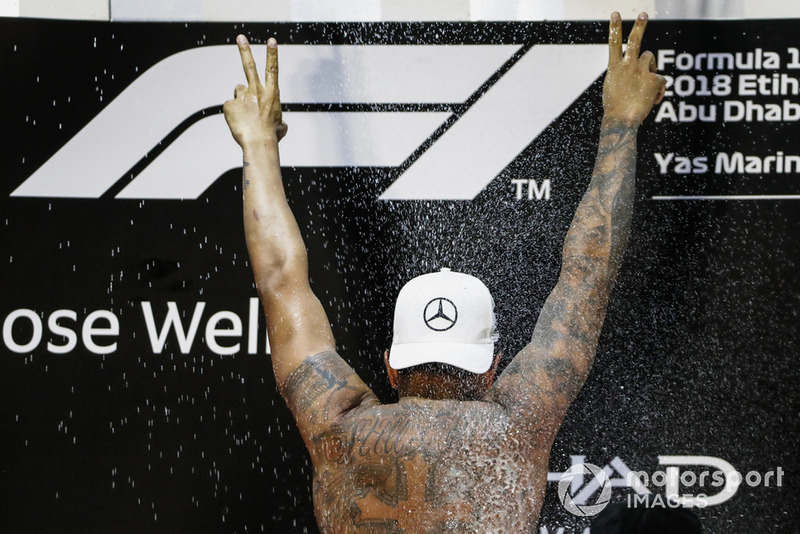