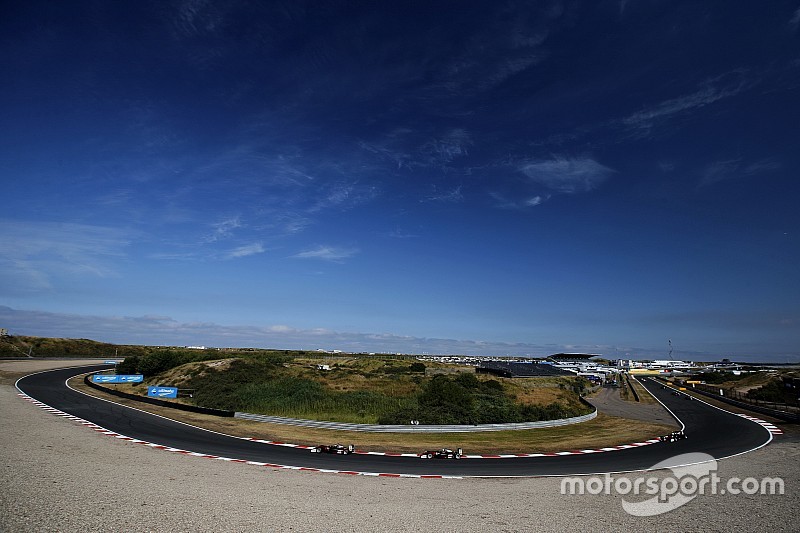 Red Bull boss Christian Horner says the return of the Dutch Grand Prix to the Formula 1 calendar will be "immense", ahead of an expected announcement on Tuesday.

Following months of discussions between F1 chiefs and the Zandvoort circuit, it is understood that a deal to bring the Dutch event back to the calendar has been concluded.

Details about the plan, as well as confirmation that it will take a May date to slot in early in the calendar, could come as early as Tuesday morning.

Horner, whose driver Max Verstappen's presence on the grid has been instrumental in getting the Dutch GP back, expected the fan buzz around the event to be incredible.

"A Dutch Grand Prix, we saw it here in Spain with [Fernando] Alonso when he was at his peak, and we see the amount of Dutch fans around the world, it just seems to be growing and growing," said Horner when asked by Motorsport.com for his views on the event.

"I think a Dutch Grand Prix, with the popularity of Verstappen, is going to be immense. I think that's positive for Formula 1."

Asked if there were any concerns about the track being too tight for good racing, Horner said: "Monaco's not exactly flush with overtaking opportunities.

"Obviously they've got some bits to do with the circuit, which I'm sure they'll get done, but subject to it being announced it'll be an interesting grand prix.

"I think it'll be a spectacle to see that many fans there, so you better get your hotel early."

Verstappen himself has played down the return of the race as being anything extraordinary though.

"I mean, I already kind of have a home grand prix at Spa, being born in Belgium," he said. "But of course it would be great to have Zandvoort with us.

"But yeah, for me, it doesn't mean like I'm extra motivated or anything. You try to do your best at every single grand prix."

Why Bottas's defeat was more than just a bad start