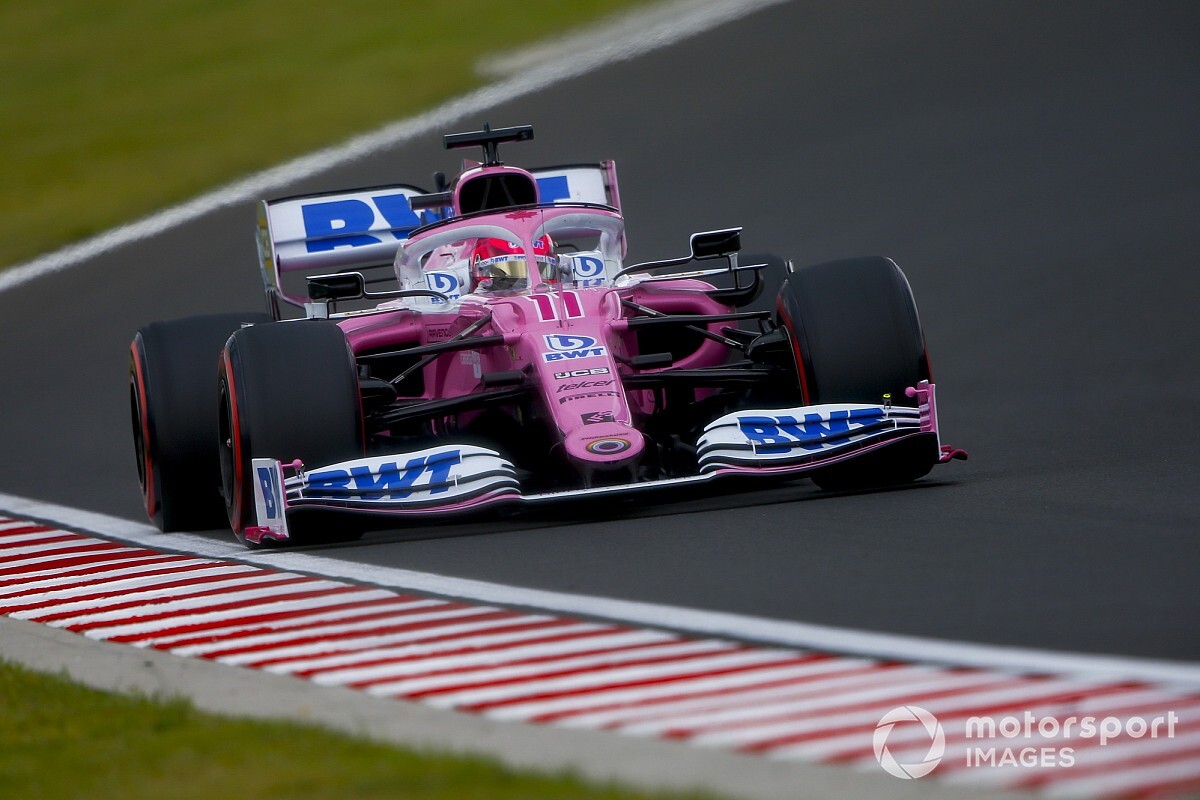 While Lewis Hamilton gave Mercedes its third consecutive pole at the start of the 2020 season, he will lead teammate Valtteri Bottas and the two Racing Point cars onto the grid for Sunday’s race.

Red Bull, which scored pole position at the Hungaroring last year, when Max Verstappen then led Hamilton until four laps to go, had a disappointing qualifying at a track where it had hoped to challenge Mercedes after falling short in the two Austrian races.

Lance Stroll, who will start today’s race in third place, said after qualifying: “The car has come such a long way from where we were this time last year.

“We has a 1m17.5s in qualifying last year [when Stroll and team-mate Sergio Perez were both knocked out in Q1, qualifying P19 and P17 respectively].

“Of course there are some track differences this year and all, but we improved more than three seconds from our qualifying time last year, which is really good.

“So hats off to them [the Racing Point team]. They’ve been working extremely hard at developing this car and bringing this package to the first race.”

The “track differences” Stroll refers to concerns the much lower temperatures at the Budapest track this weekend compared to last year, when qualifying took place in 25C (air) compared to 19C on Saturday.

The lower temperature helps the drivers to keep their tyres alive for longer around the 2.72-mile track and also provides a benefit to the engines.

“As far as the power unit is concerned, it’s quite a relief for the power unit,” said Dave Robson, whose Williams team has also improved – by 1.333s – compared to qualifying in 2019, when asked about the impact of the lower temperatures by Motorsport.com

“We can close up the bodywork quite tightly so cooling is straightforward.

“It has played a part and I think probably the cooling of the power unit has helped us out on this circuit as well, certainly relative to Austria, the first race [the hottest race of the 2020 season so far].

So too has Ferrari, despite the deficiencies of its SF1000 2020 car – although the team did endure a difficult weekend at the Hungaroring a year ago, with Sebastian Vettel and Charles Leclerc finishing over a minute behind Hamilton in the race despite the Scuderia then being able to run its controversial 2019 power unit.

Haas and Alfa Romeo have stepped back, with two teams running the customer Ferrari power unit. Although that is less of an influence on the tight and twisty Hungaroring track, it is still a relevant factor.

But it is Red Bull that takes the headlines in terms of losses, as it fell well adrift of expectations in qualifying on Saturday, and ended up behind the Racing Point and Ferrari cars, with Verstappen leading the way in P7 and Alex Albon failing to escape Q2.

Both drivers have struggled with the handling of the RB16 throughout testing and the first two races of the year, and were unable to pinpoint a precise reason for their gap to the leaders in qualifying.

“We just don't have a good balance throughout the corner, understeer/oversteer, lack of grip,” said Verstappen.

“Not having a lot of top speed as well, so everything together just makes it slow.”