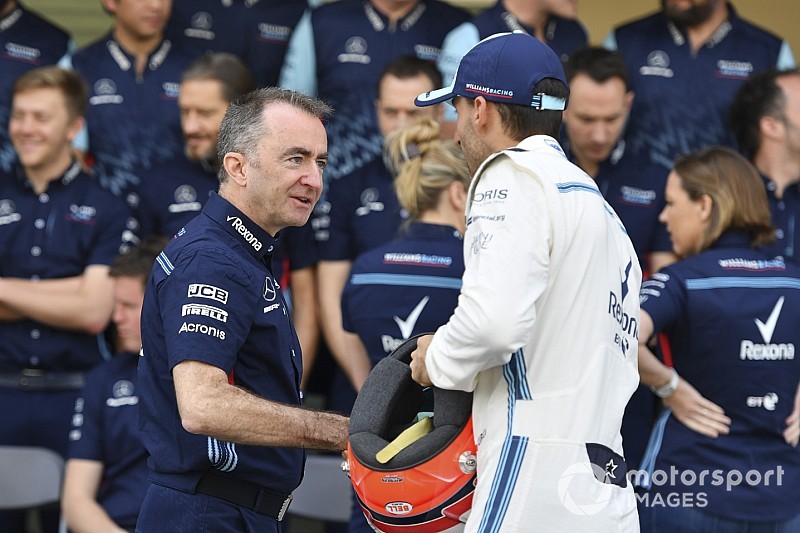 Robert Kubica believes Williams's slump to the back of the grid is not a "one-man issue", even though chief technical officer Paddy Lowe is leaving the Formula 1 team.

Lowe joined Williams from champion team Mercedes early in 2017 but the two cars designed and built under his technical leadership have been the slowest on the grid.

The 2019 Williams is even less competitive than its predecessor, it was late to testing and required design changes to be legal for the season opener, and Lowe has been on a leave of absence since pre-season.

Asked if he had an answer for himself over how Lowe’s leadership at Williams went so badly, Kubica said: “You can have an answer for yourself, but in the end I don't think it’s a one-man issue. Unfortunately, normally the highest person pays the price.

“But it’s the question of bigger groups and bigger people. I think the problems which you can see is not only a problem of last month, it’s something that was kind of growing [over time].

“We have been in a situation that wasn't great last year, but honestly it’s even more difficult than it was last year. Where we were last year here we were thinking [that] it cannot be worse.”

F1 returnee Kubica and his rookie teammate George Russell have qualified slowest in the first three races of the season and finished well adrift of their rivals in the races.

“It is a complex sport, and [it] requires a lot of group work,” said Kubica. “It’s never a single guy who can make it wrong or make it good.

“If last year for example we would be fighting for top positions, probably your question would be 'how does Paddy make it work perfectly?'.

“But it’s never one person. Of course a person can influence, that’s why I think Patrick [Head] can help us in current situation, and definitely people can make the difference.

“In the end it’s a lot of people involved in making of running the team and making team being successful of not.”

Williams co-founder Head has returned to the team on a short-term consultancy basis to try to help it during its current struggles.

“The job he can do, and good things he can bring to the team, are more than working with me,” said Kubica.

“We don't know each other, but I have big respect from what he did in the past, and what he had achieved in his career. He has been a big player at Williams, a big factor in Williams history.

“These factors can only bring positive things to the team. But still it’s not a single-player sport.

“He can definitely help the team with his experience and his character, and definitely he is a racer, so it’s something what I think the team can benefit [from].”

Five things to look out for in the Azerbaijan Grand Prix

How a rejected Baku option taught F1 a key lesson