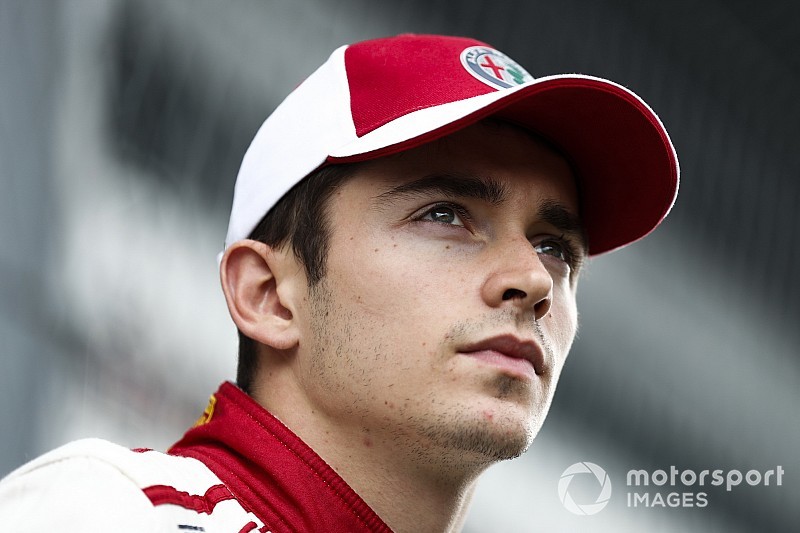 Charles Leclerc says his first Japanese Grand Prix will be "very difficult" because of the Formula 1 crash that led to the death of his friend Jules Bianchi.

Bianchi crashed into a recovery vehicle during the rain-hit 2014 Japanese GP and passed away nine months later from the injuries he suffered.

Leclerc, who was mentored by Bianchi as a youngster, visited the scene of the crash for the first time on Wednesday.

"It's obviously a very difficult weekend," said Leclerc. Jules has helped me massively to arrive here, more than only on the racing side. He was a big like part of the family.

"I never came to Japan before, the track walk this morning was quite emotional.

"But yeah, on the other hand I really need to focus on this weekend to try to do the best job possible anyway. Even if it's a difficult weekend."

Leclerc paid tribute to his father with a replica of the ex-Formula 3 racer's crash helmet design in Monaco.

He is planning a split tribute next season to honour both Herve and Bianchi, which he hopes he can run in his home race and in Japan.

"I'm definitely thinking about something for next year, about a helmet, but you know there is this rule where you can only run one special helmet," said Leclerc.

"This year I did it for my father, next year I have an idea of doing something, a helmet split on both sides – one for Jules, one for my father.

"For this year I will have nothing more special than trying to make him remembered as much as I can to the public."