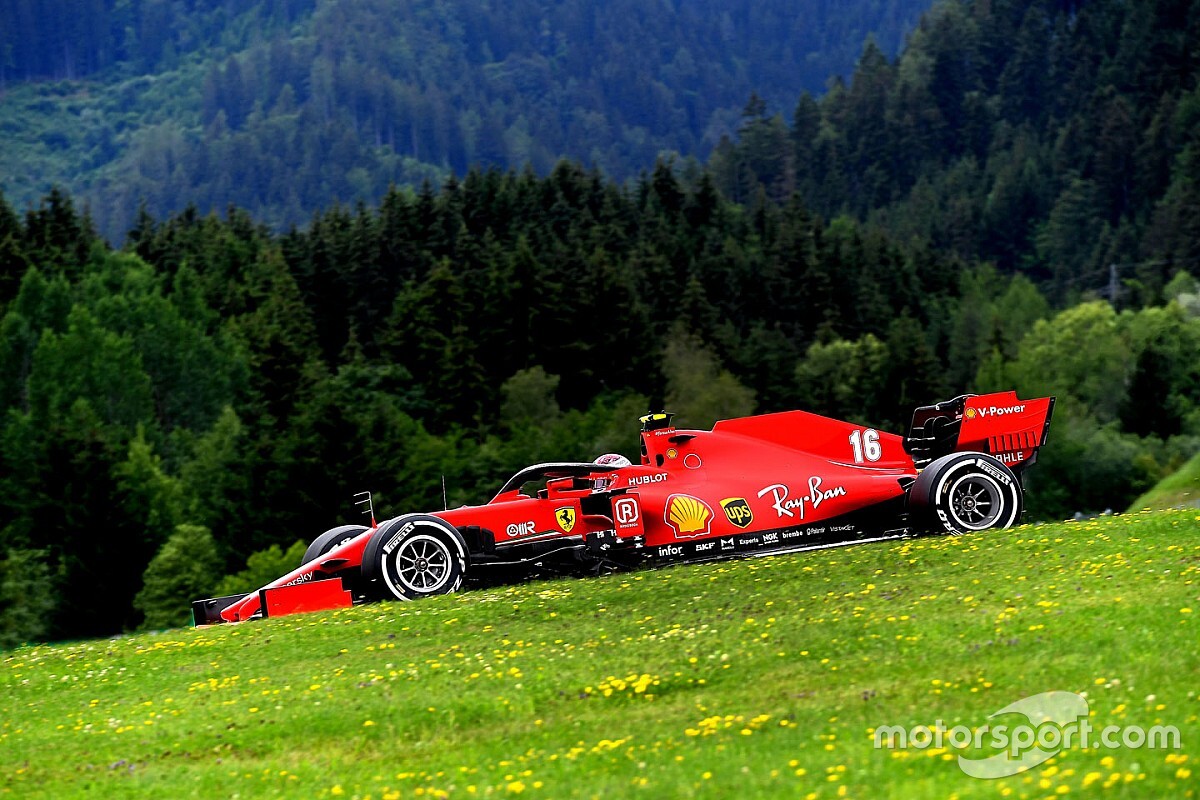 Ferrari Formula 1 driver Charles Leclerc says his unexpected second place in the Austrian GP "feels like a victory" after the Italian team struggled for performance all weekend.

Leclerc could qualify only seventh, but after a strong run in a race of high attrition he moved up to third place on the road at the flag, having passed Lando Norris and Sergio Perez in the closing stages of the race.

A five-second penalty for Lewis Hamilton moved him up to second place.

The Monegasque driver admitted that the result had come as a surprise.

"I'm extremely happy, it feels like a victory today," he said. "I did not expect it either. A nice surprise but a good one. I think we did everything perfect today to be honest to finish second.

"We had a little bit of luck, obviously, with Lewis's penalty. Some crashes here and there and that was a goal to take every opportunity we had even though we, didn't have the pace to to finish where we were I think. P2, I am extremely satisfied and there's still a lot of work to do.

"We are still far away and we are not where we want to be, but anything is possible. So we need to keep the mental strong, all the team work as a team and I'm pretty sure we'll come very well, it will take time."

Leclerc said he pushed as hard as he could, given the limitations of the car's performance.

"I wanted to be very aggressive because at every safety car I was struggling at Turn 1 to Turn 3, I knew there was no opportunity for me here.

"But I knew that my opportunity will come if me someone will do a mistake and Lando slowed down a little bit with Sergio and I went for it, and the other one with Sergio was pretty tough but I enjoyed it.

"I would rate this as one of my best races since I arrived in F1, because I didn't do any mistakes."