Leclerc would welcome Hamilton at Ferrari 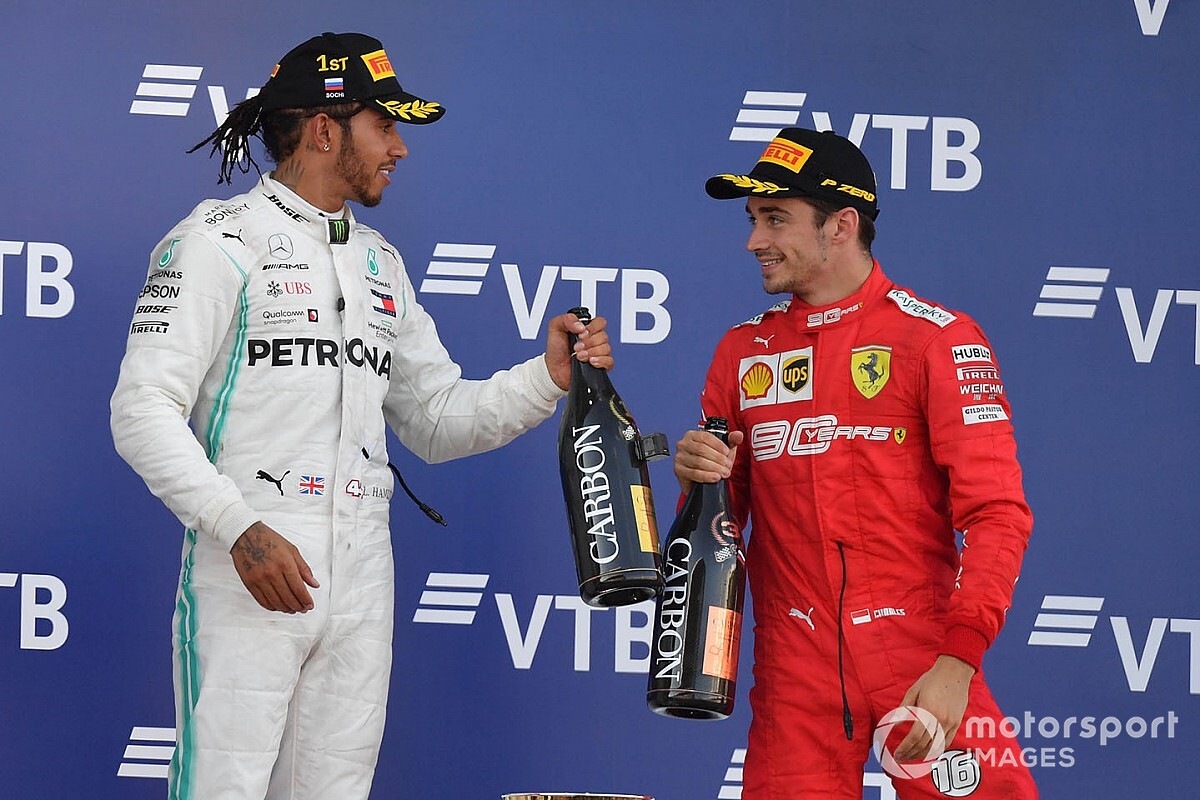 Charles Leclerc says he would welcome Lewis Hamilton as a teammate, amid rumours that Ferrari is attempting to lure the six-time Formula 1 champion to the team.

Hamilton's Mercedes contract will expire at the end of next season, and was strongly linked with Ferrari across the Abu Dhabi Grand Prix weekend having allegedly met with Ferrari chairman John Elkann this year.

Ferrari team principal Mattia Binotto also added he was "happy" that Hamilton was available for 2021, although Hamilton has previously mentioned that he would like to extend his stay at Mercedes.

Leclerc continued the praise and, when asked if he would welcome Hamilton at Ferrari in the future, he replied: "Well, of course. At the end, we are in Formula 1 and we want to fight against the best.

"I've had a big opportunity this year to have Seb next to me who is a four time World Champion and I've learned a lot from him.

"You can always learn from this type of champion - so yeah, of course."

As it stands, the majority of driver contracts are set to elapse at the end of the 2020 season, including Leclerc and Ferrari teammate Sebastian Vettel.

Leclerc beat Vettel in the 2019 drivers' championship by 24 points, becoming the first teammate to outscore Vettel since Daniel Ricciardo in 2014 at Red Bull.

Hamilton refused to be drawn on the rumours that he had met with Elkann, and continued his assertion that Mercedes team principal Toto Wolff's continued involvement with the team would be a factor in his decision.

"Naturally, everything that happens behind closed doors is obviously always private with whoever it is you end up sitting with.

"I think for many, many years I've never ever sat down and considered other options, because we've been just driving straight ahead into the path that we've been on.

"To be honest, I still think we're on that path and I think there's very little that's going to shift it from that.

"I know Toto is also looking at his options in terms of his future and only he will know what is the best thing for him and his family.

"So I'm waiting to see what he's doing with that.

"I love where I am so it's definitely not a quick decision to do something else, but of course I think it's only smart and wise for me to sit and think of what I want - if it is the last period or stage in my career.