Kevin Magnussen is set for a pitlane start in tomorrow’s Canadian Grand Prix as a consequence of the Haas Formula 1 driver’s hefty shunt in qualifying. 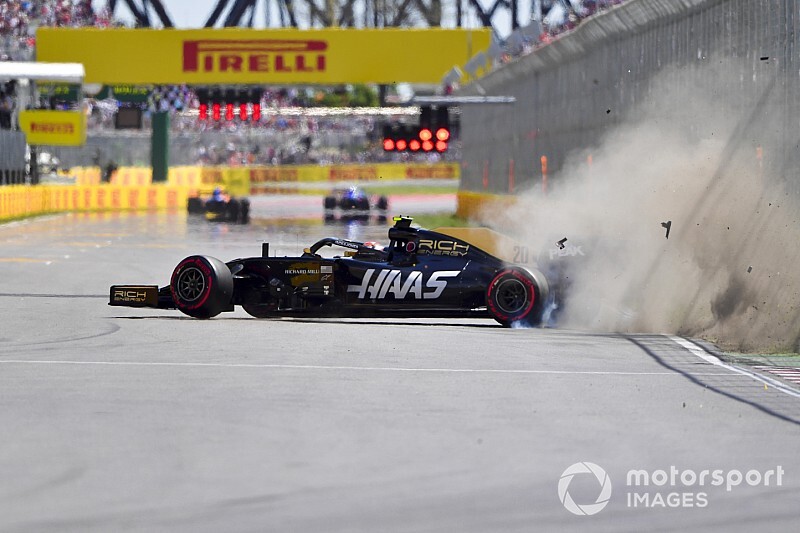 Losing control of his car at the final corner, Magnussen brushed the wall on exit before hurtling towards the pit wall on the opposite side of the circuit, crashing heavily and returning to the outside of the track.

Although the Haas driver held onto his position in Q3, the car was heavily damaged - meaning Magnussen qualified 10th by default, with a subsequent chassis change consigning him to a pitlane start.

"We need to change the gearbox. There’s no point to try to start somewhere in the back end with the C5 tyre," team principal Gunther Steiner explained.

Discussing his crash, Magnussen explained that the wheel damage from touching the famed “Wall of Champions” meant he was unable to rescue the situation.

“I just had a snap and brushed the wall," Magnussen explained. “It wasn’t even that hard, but I caught the wall with the rim, so it just blew the rim and took the tyre off the rim and chucked me over to the other side.

“I didn’t expect to spin like that, but because the outside of the rim had blown off it just turned me to the other side.

“I didn’t think it would be any problem, because when I had the snap I thought ‘okay I might hit the wall but it’s gonna be fine’, but then I hit it only slightly, right on the rim and it flew.

“It was going well, but bad luck.”

He added: “That’s the thing when you make a mistake like this - it means your guys have an all-nighter.

“They don’t get any sleep at all. I feel really bad for them also, not only because it cost a good result in qualifying but they have to work all night. That sucks big time.”

While downbeat, Magnussen refused to accept that his weekend was over, pointing to the unpredictability of past races around the Montreal circuit.

“There’s loads of chance, sometimes you have a crazy race and you can make it to the top.

“But there’s also the chance that I’ll start from the pitlane, get the two Williams and have a good time from there. Anything can happen.” 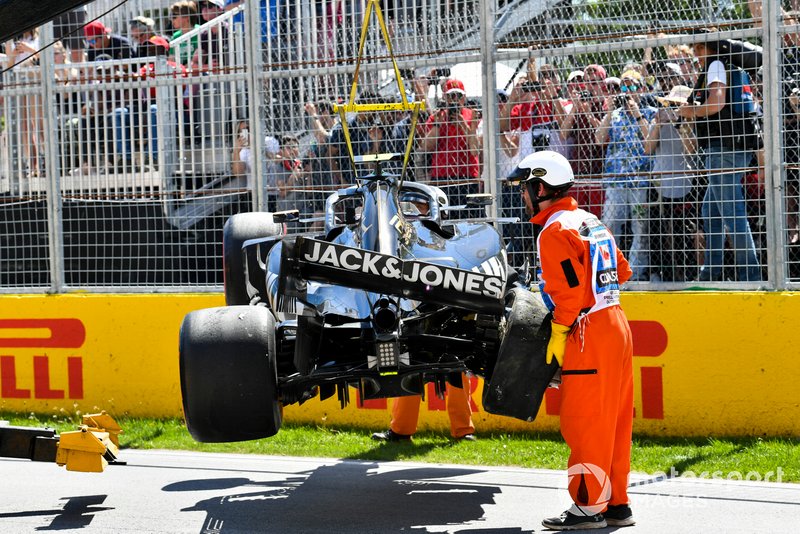 Car of Kevin Magnussen, Haas VF-19 is recovered after crashing in qualifying