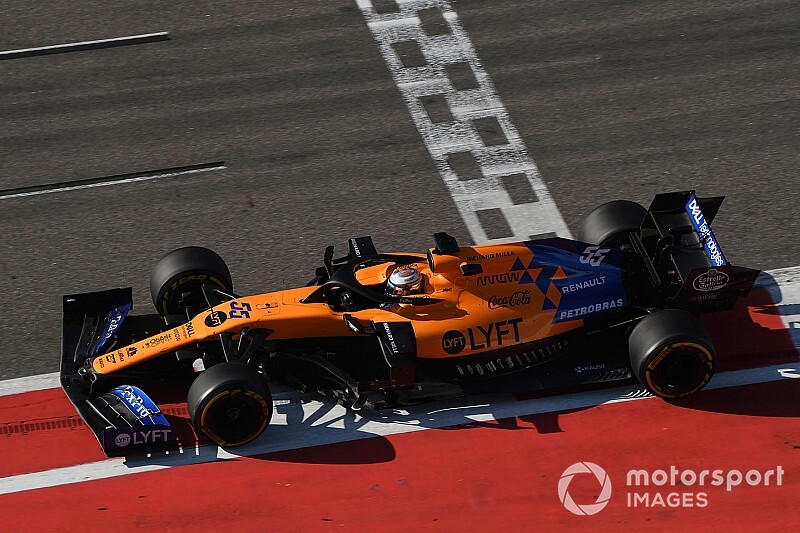 McLaren did not consider a Ferrari supply or building its own Formula 1 engine while it decided to end its Renault deal and negotiate a Mercedes return for 2021.

The British team will be reunited with former partner Mercedes when its current three-year commitment to Renault ends after next season.

McLaren's F1 CEO Zak Brown said Mercedes' position as the benchmark engine over the entirety of the V6 turbo-hybrid era, even though Ferrari is now the class leader, is part of the appeal for McLaren.

He also said Ferrari would be "a clear brand clash" with McLaren on the road-car side, while Mercedes does not feel its own GT arm is an issue in that regard.

Asked by Motorsport.com if McLaren had considered Ferrari, given it has overhauled Mercedes on the engine side, or building its own bespoke unit, Brown said: "In Formula 1 you have to look at a longer period of time other than a handful of races.

"Obviously the Ferrari engine seems extremely strong at the moment but if you look at the commitment of Mercedes Benz, where they have been, and as a racing team, it is a great yardstick.

"We've not considered Ferrari. I also think it's a clear brand clash with our McLaren road car business. From making engines, fiscally it's nothing that makes sense for us.

"I think you need to be a significantly bigger OEM that can warrant the spend to justify the exposure it creates for a greater number of car sales.

Back in 2017, Brown had mooted the idea of McLaren building its own engine should the 2021 regulations make that process cheaper and less complicated.

However, as discussions over F1's wider rules overhaul progressed, the existing manufacturers successfully lobbied for the V6 turbo-hybrid designs to continue unchanged.

When asked if there were any other options for McLaren, team principal Andreas Seidl, who was the driving force behind the Mercedes deal, said: "No, there are not any newcomers on the horizon.

"It's not realistic that any new engine manufacturer would come into this sport. It's simply too much money you have to invest."

On the prospect of McLaren building its own engine, Seidl said: "It was never a topic really.

"To put up a Formula 1 power unit nowadays you have to invest a lot of money.

"You need a lot of running budget each year and you would need a long time to catch up with what the others have put in place.

"That was never a topic. We're very happy with the agreement we have now with Mercedes."