McLaren has "the kind of package we're looking for" - Ricciardo 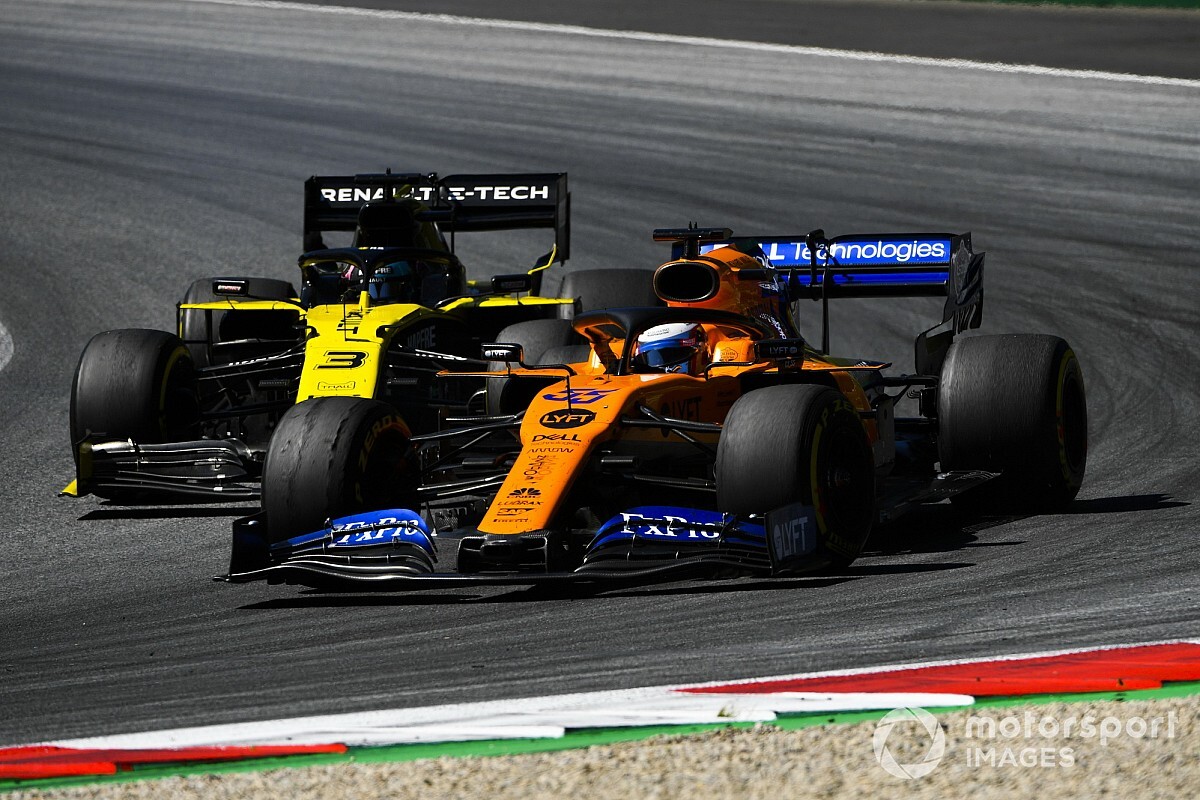 Renault hoped its French GP update package would leave the RS19 as the clear fourth-fastest car in F1, but this has not materialised, and its poor showing at the Red Bull Ring left Ricciardo suspecting a "fundamental" problem with the car.

In the meantime, its only engine customer McLaren - which ended the previous season two places and 60 points behind Renault - finished with both cars in the points in Austria, and has begun to pull a gap in the standings over its fellow midfield competitors.

"I mean, looking at the McLarens, they're certainly the benchmark now and they've really come on, and they're the ones with that kind of package that we're looking for," Ricciardo said.

"Looking at it, they're able to run more downforce and more efficiently, so they can run higher downforce, yet lose less in the straights.

"So it seems like our package itself, when we do run more, we don't seem to be able to use it well, so that's something.

"Whether that goes back to correlation in the wind tunnel, all these things, I guess all that's going to be addressed.

"But, absolutely, something isn't adding up, and I know the team has invested a lot, and I guess the value for money is not coming yet."

Ricciardo, however, reckoned both his team and other midfield outfits can benefit from McLaren's recent form.

"They're very fast at the moment," Ricciardo said. "And part of me is actually happy that they are pushing the midfield forward.

Asked by Motorsport.com whether it was better or worse to be sharing the same engine as McLaren, Ricciardo said: "Probably better. Because it doesn't leave us any excuses. It shows that there is room to improve on the chassis, and the package.

"It's probably better for everyone working for some accountability. It proves it can be better, so we can find a way."

Wolff sees "agenda" behind rumours he could replace Carey