Mercedes boss Toto Wolff has played down talk of his Formula 1 team having a "special solution" to help boost engine power.

Ahead of the Dutch Grand Prix, it has emerged that Red Bull has lodged a query with the FIA regarding a design concept that it believes Mercedes is running.

It is understood the suspicion revolves around Mercedes potentially super cooling air that is going through the engine plenum to help deliver additional performance.

Red Bull has noticed that Mercedes appears to have made gains recently in the early acceleration phase out of corners, and is eager to find out just what its rival has done.

F1's regulations have long moved to try to prevent teams from super cooling air to try to boost engine power.

Article 5.6.8 of the technical regulations states that: "Engine plenum air temperature must be more than ten degrees centigrade above ambient temperature."

However, the measurement is taken as an average over a lap so it does not mean that it has to be more than ten degrees above at all times.

The rule added: "When assessing compliance, the temperature of the air will be the lap average recorded by an FIA approved and sealed sensor located in an FIA approved location situated in the engine plenum, during every lap of the qualifying practice session and the race.

"The first lap of the race, laps carried out whilst the safety car is deployed, laps with a time at least 20% greater than the fastest lap of the session, pit in and out laps and any laps that are obvious anomalies (as judged by the technical delegate) will not be used to assess the average temperature."

Mercedes is well aware that Red Bull is chasing answers about what it is up to, but the team has played down the matter exposing anything out of the ordinary.

"I heard the first about it a couple of days ago," said Wolff. "I wish we had some kind of special solution, but it is the modus operandi in Formula 1: business as usual. Queries are being taken to the FIA, questions are being asked, it's completely normal." 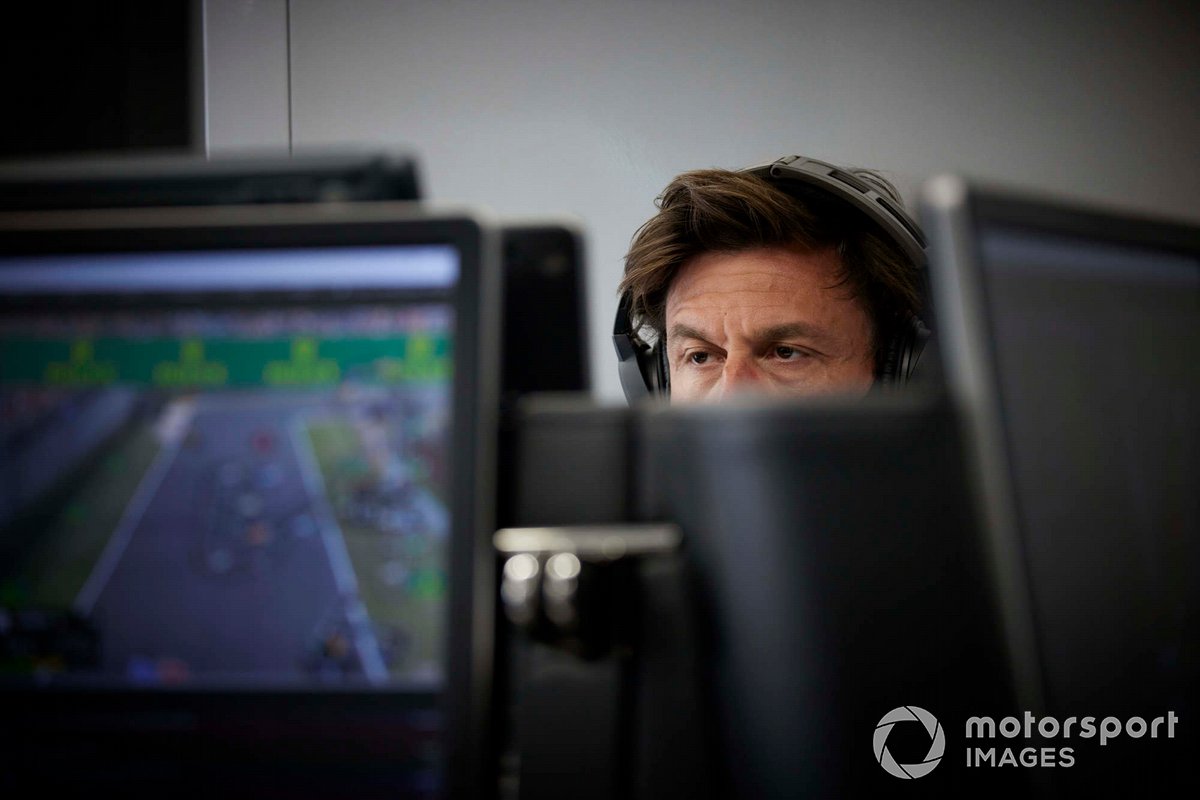 Red Bull team boss Christian Horner said that teams asking questions with the FIA about what other outfits were doing was to be expected.

"As is the nature with all technical clarifications, they go continually between all the teams," he said.

"Those clarifications are usually to ascertain if something is in the eyes of the governing body acceptable as a solution and then of course if it is you follow suit.

"We've had numerous of those this year with our car. It's something not unique to Red Bull and this topic certainly isn't unique to Red Bull, but obviously that dialogue between the engineers within their forums as well, within the technical working groups, it's an ongoing process.

"I'm sure it doesn't come as any great surprise."