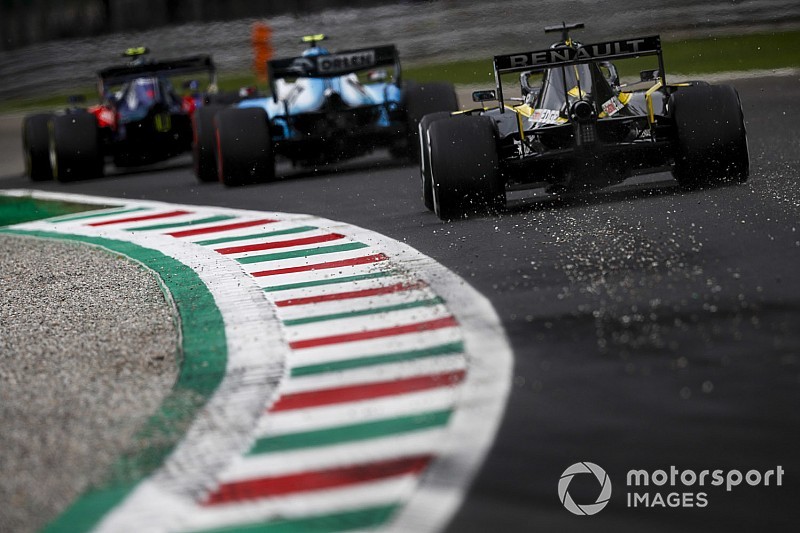 Formula 1 drivers have been told by FIA race director Michael Masi that they will face a grid penalty should they indulge in any unnecessary backing off tactics in qualifying.

The subject has become a hot topic after Spa, where drivers found themselves queuing up as they tried to find space to start a lap, especially in Q3. Lewis Hamilton and Valtteri Bottas both locked up on their out-laps as cars ahead slowed and forced them to brake suddenly.

Masi confirmed after the Belgian GP that the matter was under review, noting: “It is something that we have certainly discussed together with the sporting directors and at the current point, I think it is manageable.

“Once it gets beyond that, but at the current point it is something we are continuously monitoring during the season and we will continue to look at.”

The situation is accentuated at Monza by the significant advantage available from a tow, with drivers looking to find one either from a rival or through a coordinated strategy with a teammate.

During Friday evening’s driver’s briefing Masi made it clear that he doesn’t want to see a repeat of what was seen in Belgium, reportedly saying that it had “looked stupid” on TV.

He did not want to impose any specific rule or limitation but urged drivers to use common sense and give each other space, noting that he could use the rule about driving unnecessarily slowly to penalise any transgressions. However, there is some leeway for finding a space while staying off-line.

Penalties have already been used this weekend after a chaotic F3 qualifying session on Friday was red-flagged after many drivers slowed on the back straight to Parabolica, while others were approaching on flying laps.

Subsequently, as many as 15 drivers were penalised, this turning the grid on its head and setting a clear precedent for this afternoon’s F1 session.

Ferrari’s Sebastian Vettel said on Thursday that he expects to see “strange games” in qualifying in Italy, especially with tows at such a premium.

“If you look on paper, this is the place where you expect these kind of strange games,” said the German.

“There’s very little you can do to sort of prepare because it depends on the timing of the session. Here I think the lap is a bit shorter so maybe it buys you a bit more flexibility but yeah, we’ll see on Saturday.”