Formula 1 rookie Lando Norris and his McLaren team have admitted his progress to the top-10 shootout in Australian Grand Prix qualifying was a surprise.

The 19-year-old will start his grand prix debut from eighth on the grid in Melbourne, after McLaren’s low-key pre-season gave way to an unexpectedly encouraging qualifying performance.

Norris beat the Alfa Romeo of Kimi Raikkonen and Racing Point of Sergio Perez in Q3, as McLaren every team in the midfield except Haas.

Norris said he had “a lot of nerves” going into qualifying because he had “never managed to put it all together” through practice.

Asked by Motorsport.com if he thought he would be in the final part of qualifying, Norris said: “Definitely not!

“I think you can tell by doing three runs in Q1 we were a bit unsure if I could make it into Q2, so we put a lot of effort into trying to achieve that.

“We had only one set of new tyres for Q2 so we weren’t in as strong a position as some of the other drivers, but still got into Q3.

“It’s definitely not what we were expecting - everyone, the team, myself and you guys [the media].”

McLaren F1 CEO Zak Brown agreed with his new driver that eighth “exceeded where we were going to qualify”.

Norris’s teammate Carlos Sainz Jr was knocked out of the opening phase of qualifying and will start 18th, although this was exacerbated by the Spaniard being held up by Robert Kubica just as the Williams driver had an off in Q1.

“What you want your drivers to do is to do their job extremely well and not make mistakes, and they both did that,” said Brown.

“And Lando being a rookie, you'd be understanding if he did make a mistake, and he didn't.”

Sainz opted to use two sets of tyres in qualifying, compared to three for Norris, as he said he felt “pretty confident” after practice.

He was knocked out of Q1 after suffering a “problem with the engine” that cost him time on his banker lap, and then lapped just one tenth of a second slower than Raikkonen in 15th.

“But unfortunately I found Robert with a puncture going into the last two corners, so you can imagine how frustrating that was.

“You can imagine I’m disappointed, because up until that point the weekend had been good, and when one car is in Q3 you want to have both of them there." 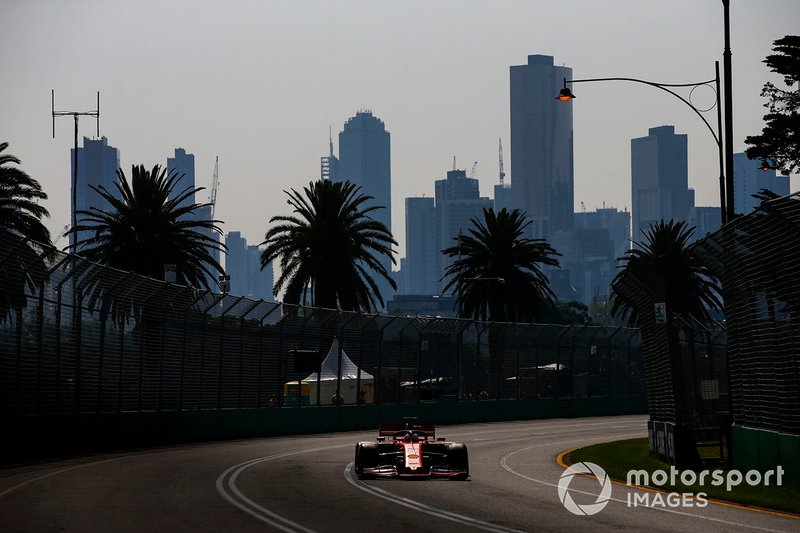