Ocon says Hamilton's success "no coincidence at all" 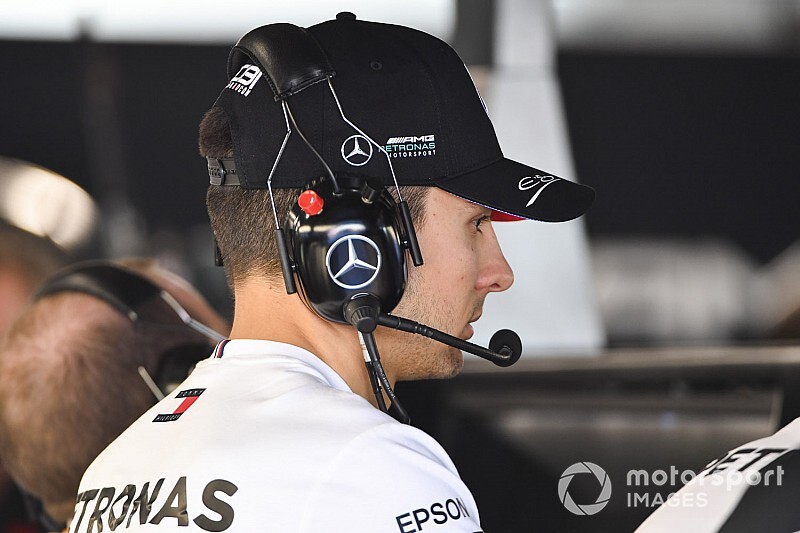 Mercedes reserve driver Esteban Ocon had "a different picture" of Lewis Hamilton before being able to see how the five-time Formula 1 world champion operates up close this season.

Former Mercedes junior George Russell, who held that role last season, said that having an inside vantage point of how the team and the likes of Hamilton operate was extremely beneficial as a driver.

Having worked closely with the Mercedes team behind the scenes this season, Ocon told Motorsport.com there were elements he was being inspired by and would be "useful" for his future, even though he "won't copy exactly" what he sees.

"You see why Lewis is always so successful and why he has so many titles," said Ocon. "It's no coincidence at all.

"When he's on track he works hard and he asks the right questions and he is someone who is quick in his mind. If there is something interesting, straight away he will pick it up and talk about it.

"I didn't know him as well as I do now and, I had a different picture of him before. But now I know how he is and know how he works.

"If you are successful there are reasons behind it and he is on the top of his game at the moment. I think that's going to continue for quite a long time."

Hamilton and Valtteri Bottas have won the first seven races of the season between them, eclipsing Mercedes' previous best start to the season of six wins in a row.

Mercedes has also scored more points after seven races than ever before, and 89 more than it had at this stage last season.

That has fuelled critics who believes Hamilton's success – now up to 78 wins and 85 pole positions – is skewed by his team's dominance, and claim Mercedes has it too easy against a muted Ferrari/Red Bull challenge.

Ocon said: "From the inside it's a lot more challenging [than it looks]. We look always in control of everything and it looks like it's robotic, but it's not at all.