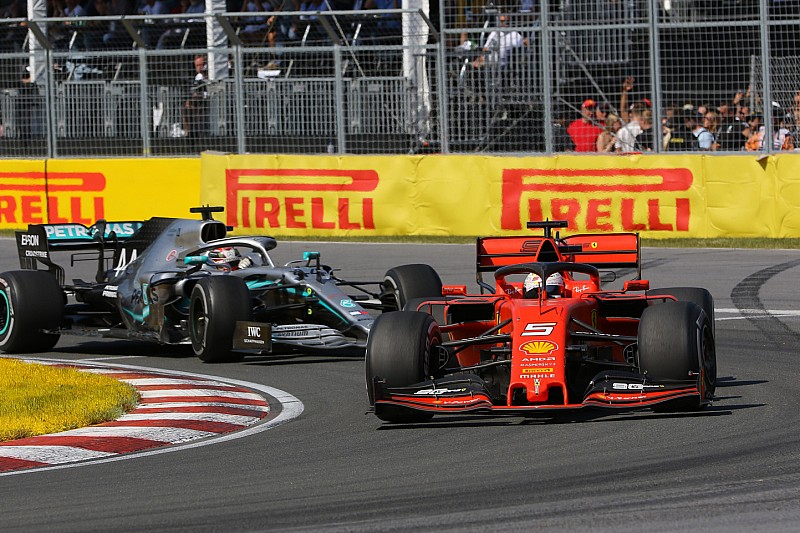 Ferrari has been summoned to a hearing at Paul Ricard on Friday, for an inquiry into the Formula 1 team’s request to review Sebastian Vettel’s controversial Canadian Grand Prix penalty.

Team representatives will need to meet with the stewards from the previous race in Montreal following Ferrari’s request to review the the decision to hand Vettel a five-second time penalty that cost him and the team its first win of the season.

Vettel was hit with the penalty, and given two points on his licence, after being judged to have rejoined the track unsafely and forced another car off-track while leading Sunday's race.

He went on to finish first on track but his penalty handed the win to Lewis Hamilton, who had tried to pass Vettel as the Ferrari went across the grass at the first chicane in Montreal and rejoined.

The FIA International Sporting Code gives competitors the option of a post-event review of decisions, if new evidence that was not available at the time has come to light.

Under Article 14.1.1 of the code the FIA can reconvene stewards or replacements to look again at the case.

Ferrari lodged its request for an official review, and on Thursday ahead of the French Grand Prix a notice from the Canadian Grand Prix stewards – Emanuele Pirro, Gerd Ennser, Mathieu Remmerie and Mike Kaerne – called Ferrari representatives to the hearing at Paul Ricard.

The stewards in France are completely different to those used in Canada, with Tim Mayer, Mathieu Remmerie, Yannick Dalmas and Jean-Marie Krempff taking the responsibility on at Paul Ricard.

However, it is standard practice for the stewards from the race in which the incident took place to hold the hearing if it is possible for them to attend, and all the Montreal stewards were able to be present in France.