Esteban Ocon says his step in performance in Formula 1 qualifying this season has been important because Mercedes wanted to see him in improve in that area. 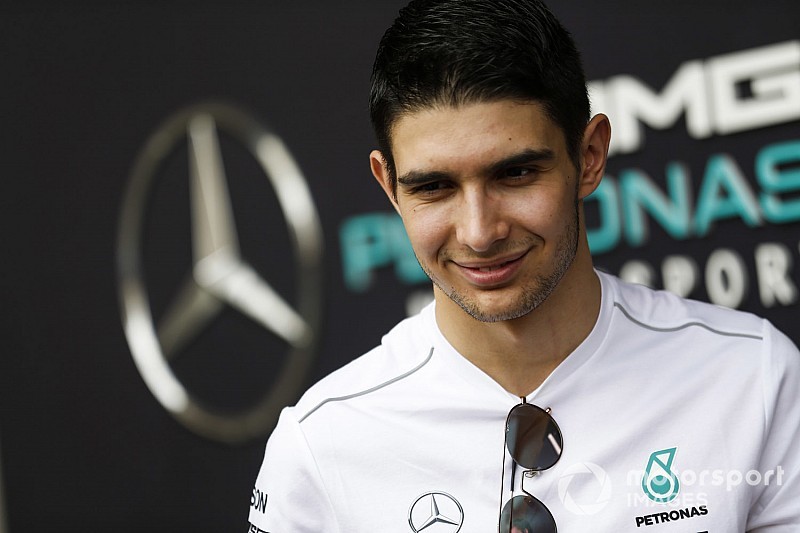 Ocon made his full-season debut with Force India last year and his qualifying record against the experienced Sergio Perez was 7-13 in the Mexican's favor.

However, Ocon improved in the second half of the season and the Mercedes junior, who will be sidelined in 2019 thanks to a bizarre series of events, continued that into 2019 and defeated Perez 15-5 in comparable sessions.

"It is my target to win the championship, and we will see how the future evolves, but I guess Mercedes wanted to see that their driver could perform well in qualifying," Ocon told Motorsport.com.

"In any kind of racing it's important to start ahead, when we have aero like this it's very hard to pass. It's a big help and I'm pretty happy with my improvement.

"I think qualifying I have improved the most, how to build up the weekend.

"That's where I've been the strongest this year, I've qualified sixth, seventh, eighth many times this season. I think that's good, and I'm pretty pleased with that."

Ocon will be Mercedes' reserve driver in 2019 but needs to retain the manufacturer's faith that he is worthy of a return to the grid in 2020.

The European F3 and GP3 champion missed out on a Renault drive thanks to Daniel Ricciardo's shock move from Red Bull, was snubbed by McLaren thanks to his Mercedes links and lost his Force India seat because Lance Stroll's father Lawrence led the takeover of the team after it fell into administration.

Ocon, who has spoken openly about his need to hit the targets Mercedes sets him in the past, believes the progress he has made has been tangible.

"I find it more than tiny, how I've improved in qualifying," said Ocon.

"The race pace, I had a pretty solid base from the beginning when I was racing in F1, but I've learned in F1 if you don't start where the car deserves to be it's difficult to catch back in the races.

"I can also compare to my team-mate. I think he's pretty experienced, he's also improving over the years but less than a rookie.

"Compared to him I think I'm a lot stronger than last year."