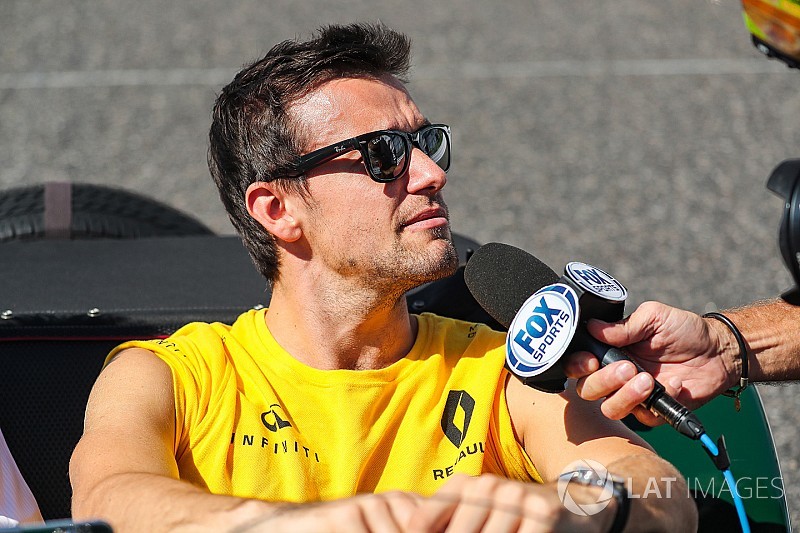 Jolyon Palmer admits that the timing of his departure from Renault “made sense” following his final race with the team, and possibly Formula 1, at Suzuka.

It was announced on Saturday that Palmer will move aside to make way for Carlos Sainz for the remaining four races of the 2017 season, beginning with the United States GP in two weeks' time.

It leaves the British driver facing an uncertain future, and potentially needing to look for options outside of F1 to further his career.

"It's been a bit of a strange weekend knowing it's the last with the team after three years, shame not going to Austin," Palmer, who finished 12th at Suzuka, told Sky Sports.

"It's been pretty clear, Carlos has signed for next year and Cyril [Abiteboul] made it clear he wanted him in the car this year as well.

"After this race it's a couple of weeks' gap and it made sense for it to be the time to part ways.

"It's a shame for me not to finish the season, I've been here a while and I respect the decision and wish Carlos and the team all the best for the future."

Asked when the news would sink in, he replied: "I don't know, I focused on the race on the plane back home it'll probably sink in that I'm not with Renault and maybe not F1 again."

Renault chief Abiteboul said that bringing in Sainz four races early would assist the team in getting a "jump start" on its 2018 preparations.

While insisting he "wouldn't have minded" seeing out the campaign with Toro Rosso, the Spaniard said that the Renault move can only be beneficial.

"I think it's very important," said Sainz of the switch. "I think this chance gives me the opportunity to get to know everyone inside the team, start working with my engineers, try to adapt the car to myself and myself to the car.

"From there [I can] start a baseline for these four races that will help for next year. And if I can help the team score some extra points, that would be amazing."

Sainz admitted his opening lap retirement was a "sad way to end" his tenure at Toro Rosso, explaining it was simply a result of taking a risk to try and make up ground early in the race.

"I started on the soft tyre, obviously this gives you a bit less grip, and I was expecting we had to gain places at the start," he said.

"It was a one-stop race with not much going on. I tried to risk it, normally it works, but today it didn't. I went around the outside at Turn 6, found a lot more dust and dirt than I was expecting, I had a snap and lost the car.

"Nothing to regret, I was pushing hard for the team in this last race. I needed to risk at the start and it didn't work."