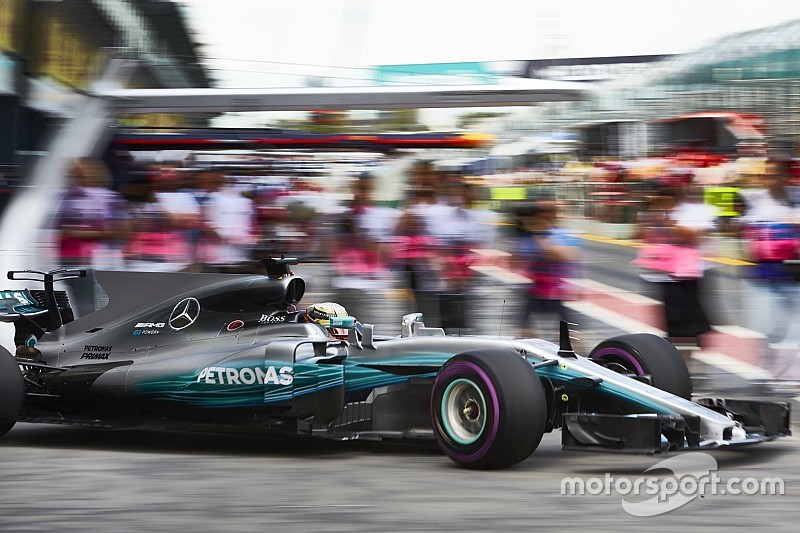 Pirelli believes the ultrasoft will be the most popular tyre compound in the Australian Grand Prix, after saying degradation on Friday was below the target set by the FIA for 2017.

However, the Italian firm is confident that as the season goes on, and aero development puts extra loads on the tyres, one-stop races will become less frequent.

"We have to consider the improvements of the cars," said Pirelli F1 boss Mario Isola. "So more stress on the tyres means more degradation. If I look at the number of degradation now, we are below the [FIA] target letter.

"But of course with the performance improvement of the cars, we will have a higher degradation."

Some observers have expressed concern a succession of one-stop races will not be entertaining enough, and offer limited strategic variety.

Isola remains confident that the drivers will be able to race hard, even in one-stop races.

"What is good is that the overheating is very limited, and this is an important factor which gives the drivers the ability to push on the tyres," he said.

"This is what we were looking for, we want to confirm, and we are happy that we have this feedback. Today was positive in general, and the numbers we collected so far are in line with expectations.

"We were having no comments of overheating, the level of grip seems to be quite good, because the laptime is saying that the performance improvement is very big.

"The target was to be five seconds per lap quicker compared to 2015, so I think that the target is achieved.

"We know that tomorrow in qualifying if it is dry they will improve again, the delta laptime will be again quicker, but how much quicker, it's difficult to predict at the moment."

Tech analysis: McLaren pushes on with aero upgrades despite issues