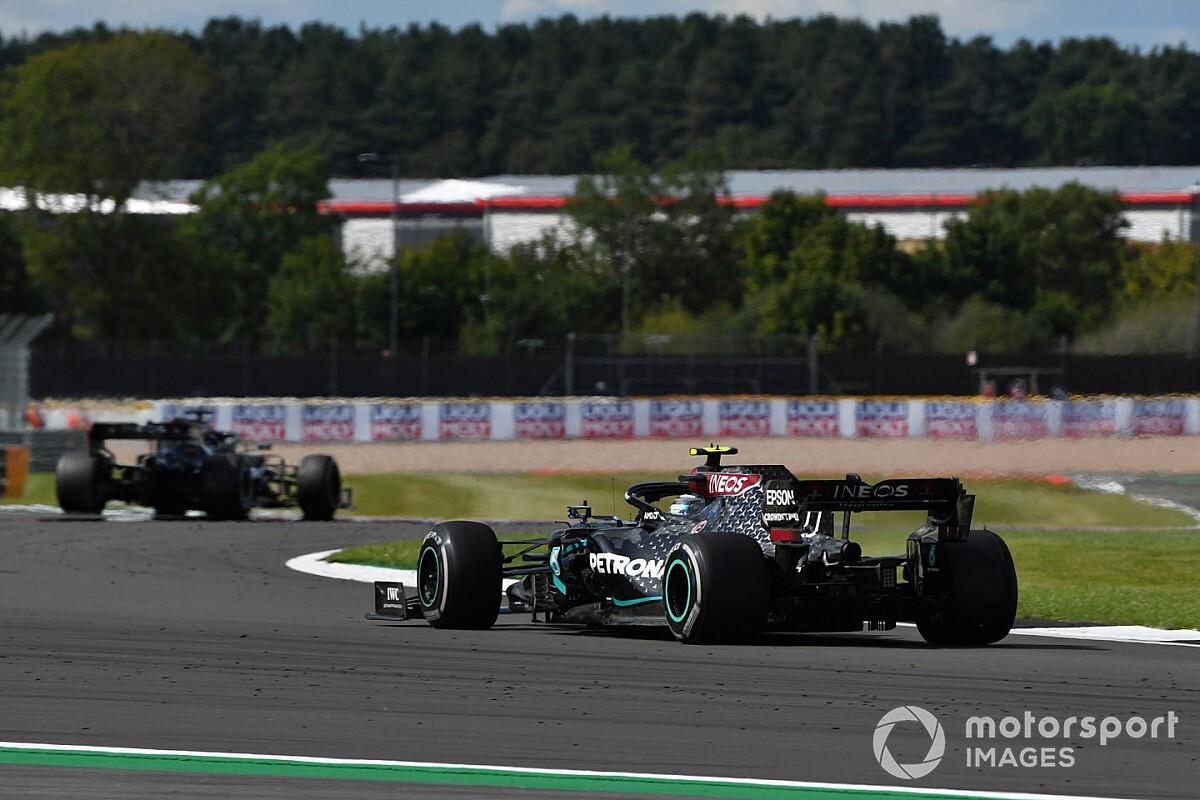 Pirelli has cancelled plans to trial experimental Formula 1 tyres in FP2 at Silverstone on Friday, but the Italian company will still test them as planned at the Spanish GP in Barcelona.

The decision is a direct result of late race failures suffered by Mercedes and McLaren in the closing laps of the British GP. It has been made to allow the teams more track time with the tyres that they will have to race in the 70th Anniversary GP, with a higher mandated minimum pressure than was used last weekend.

With no testing available outside race weekends the FIA sporting regulations have been changed this year to allow Pirelli to conduct future tyre development in the first 30 minutes of FP2 sessions, with all teams obliged to participate.

The second Silverstone race was seen as the ideal starting point for the programme as teams would have already done a lot of running at the track, while Barcelona is an obvious choice for any tyre testing.

“For this weekend we have decided to cancel the test that was planned for Friday,” said Pirelli F1 boss Mario Isola. “In order to give the possibility to the teams to use all of FP2 for their testing, their long runs, and so on. At the moment the test in Barcelona is confirmed.”

Last weekend’s failures have put even more of a focus on Pirelli’s efforts to keep up with increasing downforce levels, which have put extra stress in tyres that were designed for 2019 and which in theory will be used for the whole of the 2020 and 2021 seasons, before the move to 18 inches in 2022.

In the short term the only option is to raise the minimum pressure levels, with the fronts raised by 2psi and the rears by 1psi for the second Silverstone event.

The extra race weekend testing is to allow Pirelli the opportunity to explore possible tweaks for next season, although the FIA has already moved to help by reining in 2021 downforce levels with a change to the floor regulations.

“It’s something that we have to consider for 2021, considering that we are using a product that was designed for 2019 cars,” said Isola.

“Now we have the same product on 2020 cars and also the plan is to carry them over also for 2021, this is something we have to consider in order to decide if we have to upgrade the product for next year.

“We have quite heavy cars with performances that are incredible, the best and fastest cars in F1 history. So obviously also the pressure must be adjusted in relation to that. The pressure that we prescribe is a number that is coming from simulations and tests and data that we have collected and analysed, and we reproduce all the stresses on the tyres in our indoor test department.

“We will work on new ideas and new constructions to try to limit the increase of pressure, because we know that an increase of pressure has the consequence that you increased also the overheating for example, that is something that drivers don’t want.

“This is what we are doing, especially for 18-inch tyres, because they are completely different, a low sidewall, a different profile, a different concept, and we are working around that with the construction, with the profile, and also with a new family of compounds that we’d like to use in 2022.

“In 2021 there is not a lot we can do because of the limited number of tests, we just have the possibility to validate some ideas, but for sure we will do something for the future.”

Isola conceded that in the short term the Silverstone failures will have an impact on the pressure prescriptions for other upcoming races: “We have also to consider what we have to do for high severity circuits – Mugello and Spa for sure. I’d also add Portimao, which is not known, but from the information I have from our GT guys it looks quite demanding. We collected a lot of data from Sunday’s race that would be useful.”