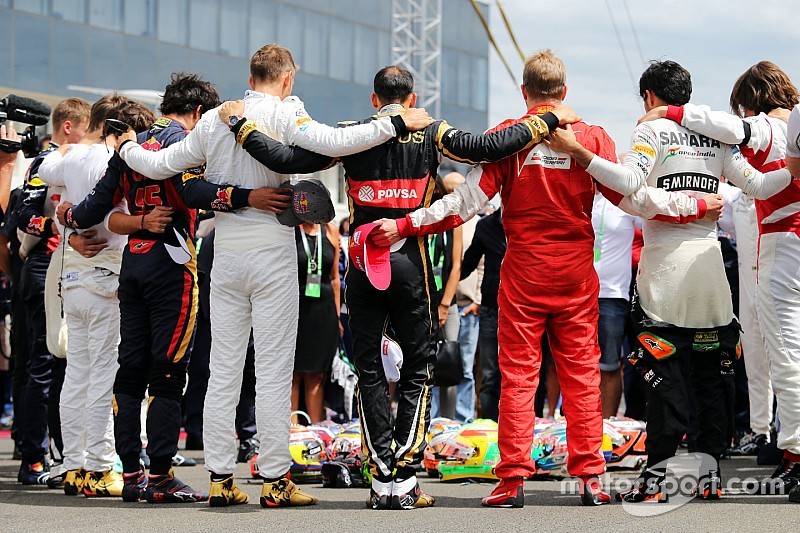 Red Bull young gun Daniil Kvyat was adversely affected by the pre-race ceremony to honour Jules Bianchi in Hungary, according to his team boss Christian Horner.

Horner said that the emotion of the minute’s silence to honour Bianchi, who passed away last week, caused the 21-year-old Russian some issues, and that it took time for him to get over it.

“I was watching him at the beginning and you could see the whole Bianchi tribute caused quite a lot of problems; he was quite emotional about that getting into the car,” said Horner.

“The tribute to Jules [affected] quite a lot of drivers’ heads – Danny in particular found it quite tough. I think it took him a few laps to settle down and get into the race. But it was a fitting tribute to Jules.”

Kvyat’s early laps were constrained by him locking up both front wheels at the first corner, which caused huge vibrations, and then getting stuck behind Nico Hulkenberg’s Force India.

He reacted badly when issued a team order to let the chasing Daniel Ricciardo past, who had been delayed in a first-corner clash with Valtteri Bottas, and even swore at the pitwall on the radio before letting his teammate past.

Kvyat went on to score a career-best second place, which he dedicated to Bianchi after the race: “We lost a fantastic guy, our hearts and thoughts are with him and his family.”

Analysis: Why Hungarian GP turned F1 formbook on its head