Since then he has had a rollercoaster grand prix career, with a number of highs and lows, but here we look at how he proved his potential in the junior categories.

Born in Geneva, Switzerland, Grosjean is one of those drivers who didn't have a clear path to F1. He stepped up from karting in 2003 to enter the Formula Lista Junior 1.6 Championship, delivering the title with victory in all 10 rounds. 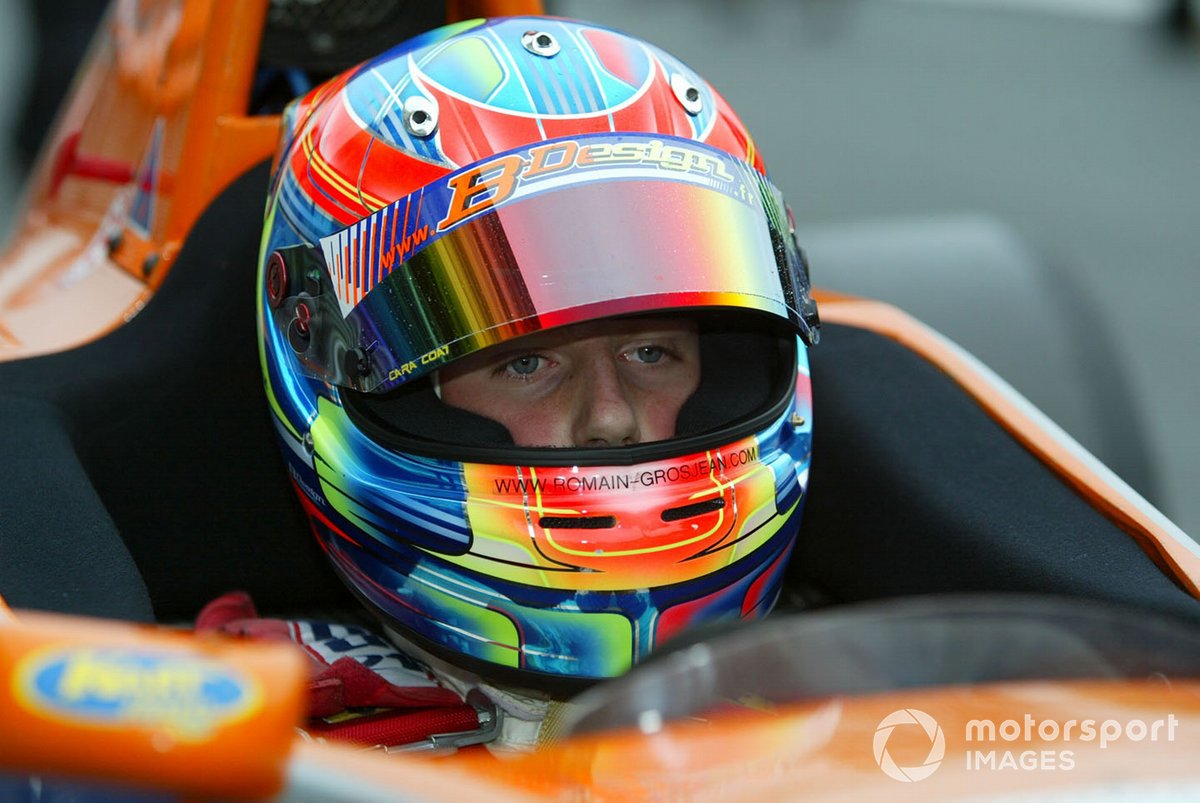 After such a strong showing in 2003, he moved up to the Formula Renault 2.0 series with a full attack on the French championship, plus selected outings in the European championship.

A seventh place at the end in the French series wasn't bad with one win, four podiums and two poles for SG Formula. Plus the nine races in the Euro series for the same team were good for experience – but he knew better results were needed if he was to step forward with his career. 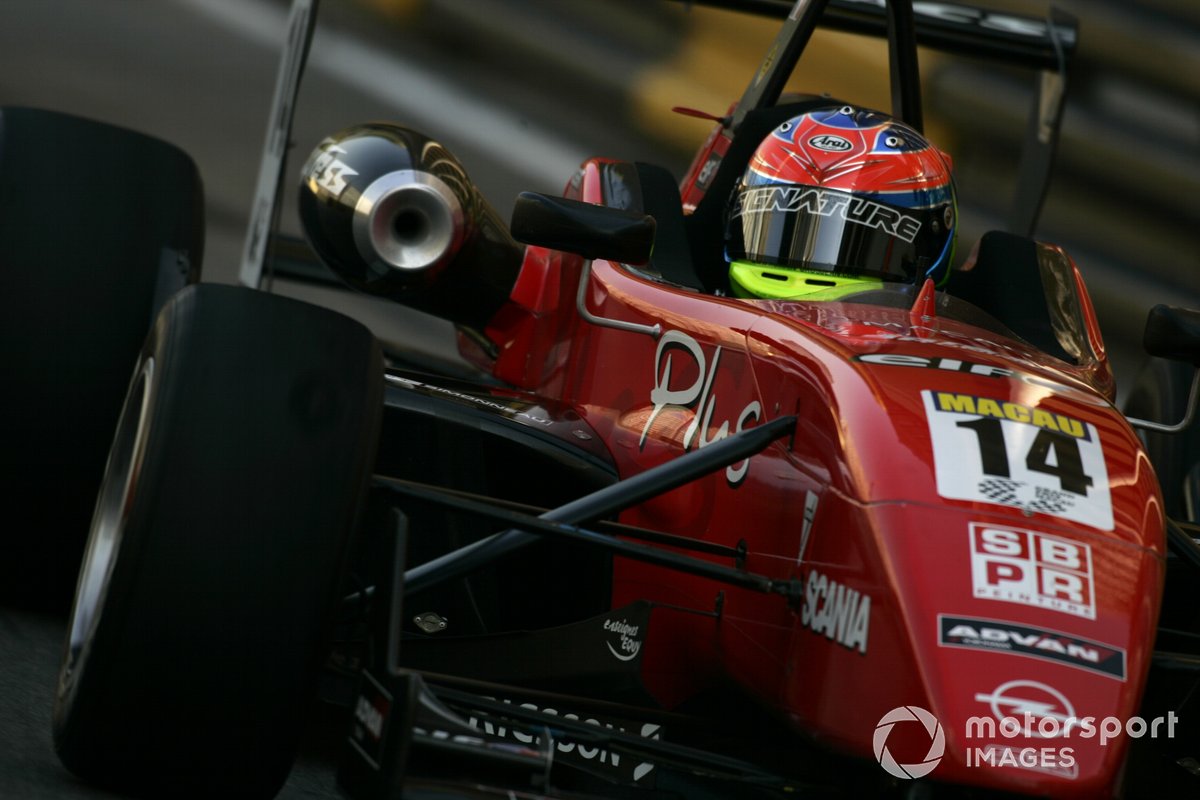 Staying with SG Formula in 2005, he would do the same series and it was another dominant championship win. He won ten out of 16 races, with 13 podiums and 10 pole positions. His eight races in the European championship brought him up to 12th in the championship scoring two podiums. At the end of 2005 he had his first competitive drive in F3 when he entered the Macau GP with Signature-Plus, finishing a respectable ninth place. 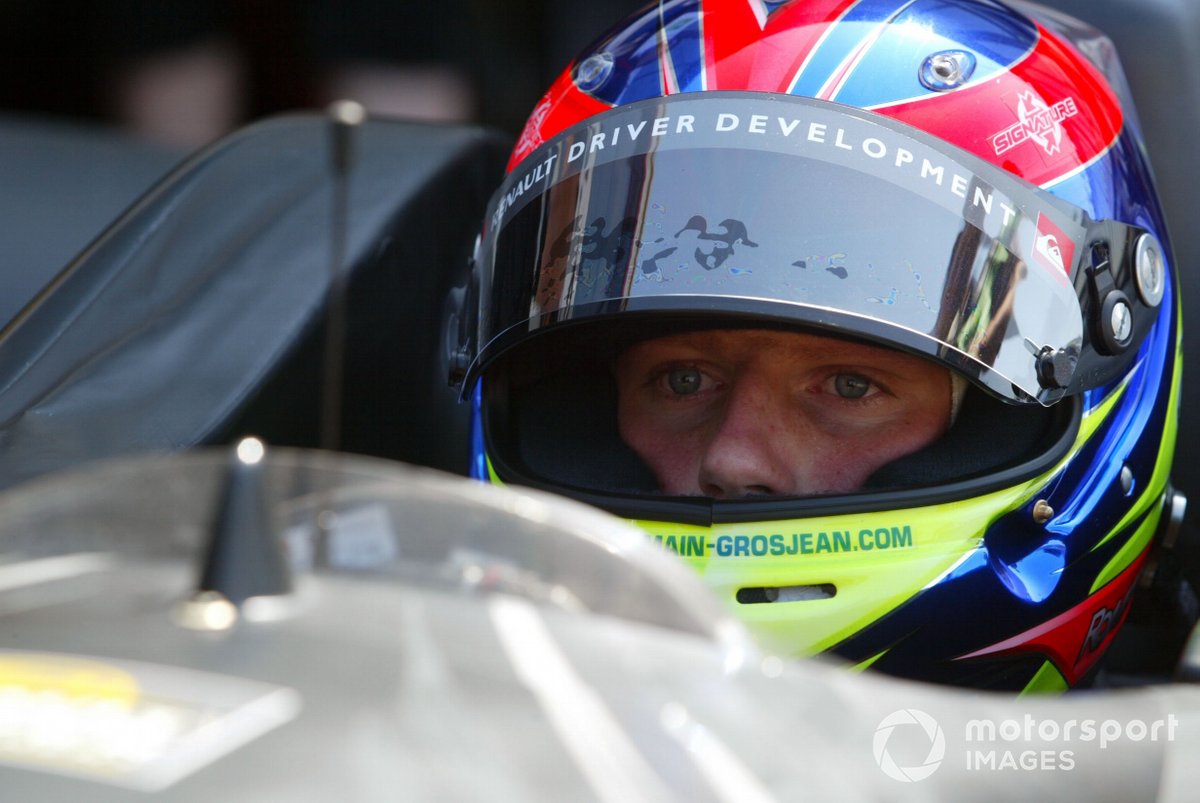 His first full year in Formula 3 was with the Signature-Plus team, plus he had also been signed up as a Renault F1 Development driver. His F3 Euro campaign wasn't a big success that year though, finishing only 13th in the standings with just one podium. His second attempt at Macau was better (5th) and his first F3 Masters race at Zandvoort had the same result. But his year wasn't without success, as he won two races in British F3 at Pau, scoring the two poles and fastest laps. 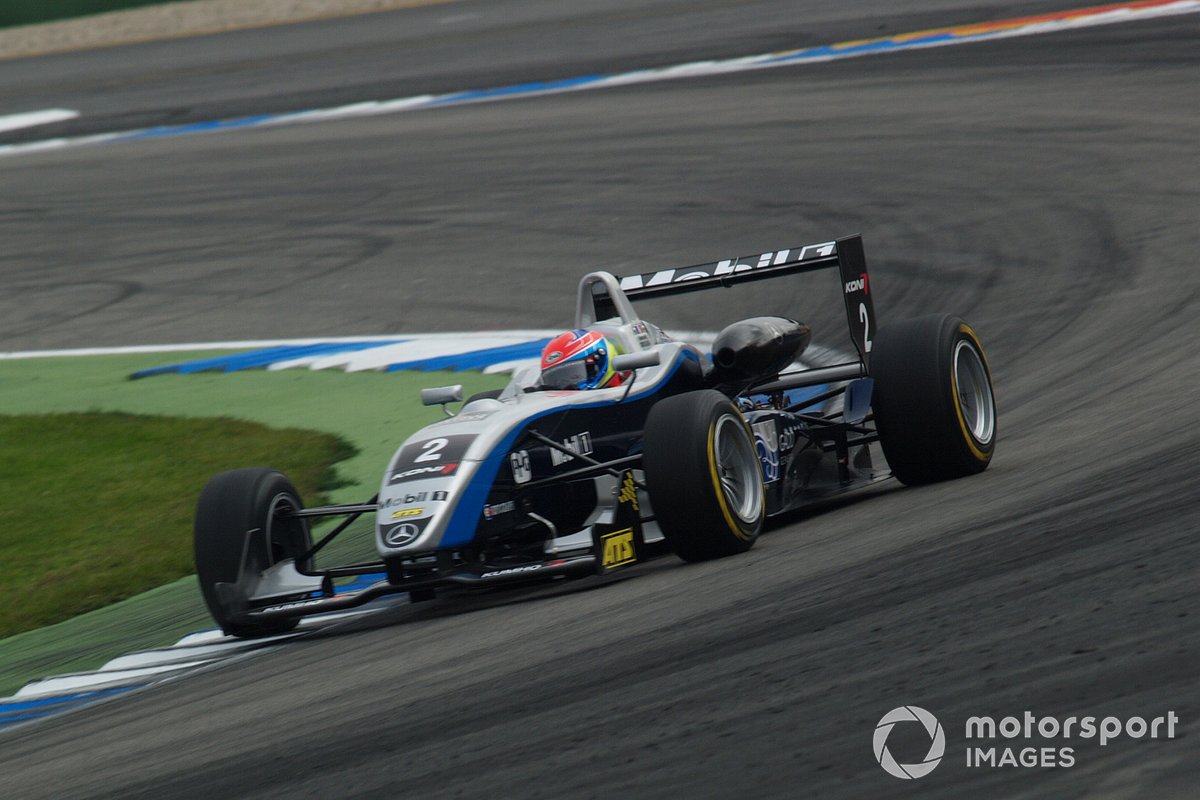 The next year he moved to the ASM Formule 3 team, but the program he had was almost the same: F3 Euro, F3 Macau & Masters. His form was transformed compared to the previous year: as he won the F3 title beating the likes of Sebastien Buemi, Nico Hulkenberg and Kamui Kobayashi with six wins, 12 podiums and 4 poles.

He would start from pole position in the F3 Masters at Zandvoort but would only finish 14th, while Macau wasn't that much better with an eighth place after he started from 21st on the grid. 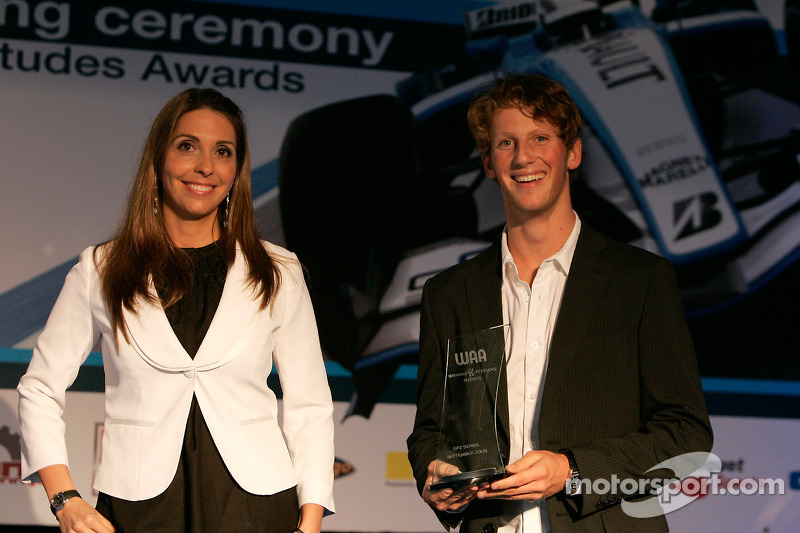 From 2008 until 2011, GP2 had a 'winter' championship with most rounds held in Asia before the action kicked off in the Europe. Grosjean entered both series and won the Asian Championship with four wins, five podiums and four poles: again beating Buemi.

The first part of his European GP2 campaign didn't go that well for a shot at the title with only one win and another podium in the first half of the season. Things went better in the second half (one win and four podiums), although the title was already out of reach with Giorgio Pantano taking the crown. Grosjean could have ended up higher then fourth in the standings, but an incident with Lucas di Grassi at the Valencia sprint race while in the lead cost him dearly. 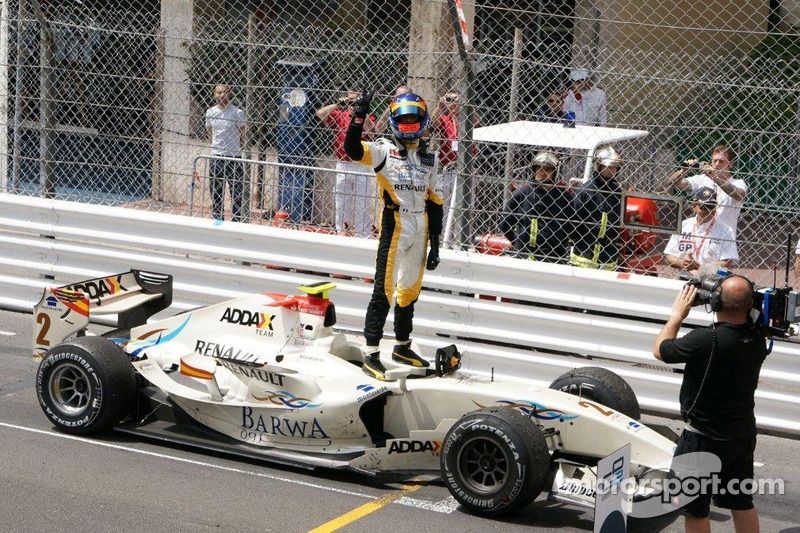 The next year was a bit of a strange one for Romain. His second year in GP2 was with the Barwa Addax team and started of very strong with two wins, three podiums and three poles. Then there was a big accident during the Monaco sprint race, another retirement in the next race and no more podiums after that.

He didn't finish his GP2 season, though, as he was called up by the Renault F1 team to take the seat of Nelson Piquet Jr. for the rest of the season in the wake of the Singapore 'Crashgate' controversy. But the start of his F1 career was not great and he wasn't retained for 2010. 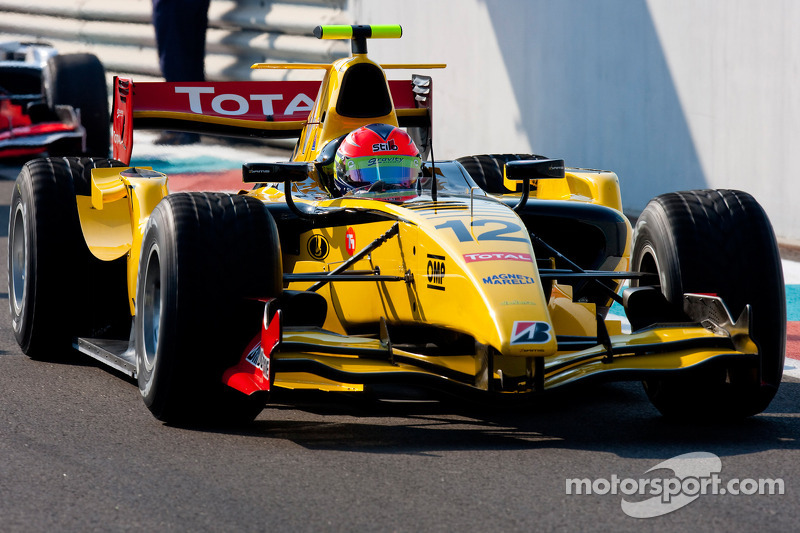 Sometimes in life it's better to take two steps back before going forward again. Something like that must have crossed Grosjean's mind at the end of 2009 and he pondered how best to fight back to F1.

He duly worked out a program with as much racing as possible. He was hired by DAMS to do the Auto GP series. That worked out fine with him winning the Auto GP title easily despite not entering all rounds of the championship. After winning Auto GP he went back to GP2 with DAMS, and from the eight races he finished twice on the podium.

Alongside single seater racing he also entered the Le Mans 24 Hours, the Spa 24 Hours and the FIA GT for Matech Competition. He didn't finish the race at Le Mans but a decent 16th place in Spa was not a bad for a start in endurance racing, while he was very good in the FIA GT winning two out of five rounds together with Thomas Mutsch. 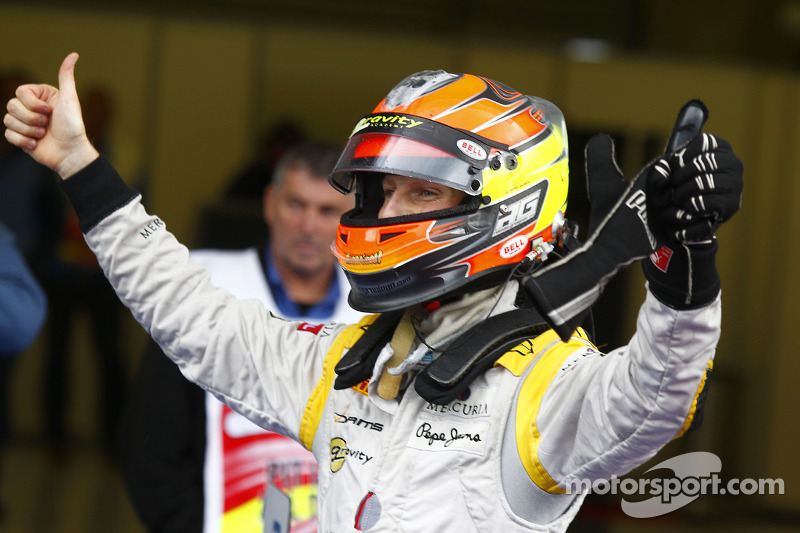 In 2011, Grosjean would stay with DAMS and doing only single seaters was the plan. Like in 2008 he entered the winter series 'GP2 Asia': winning the title again with one win, two podiums and two pole positions.

It was confidence boost ahead of another assault in GP2 and this time it was a successful campaign. Five wins, 10 podiums, four fastest laps and one pole position secured him the title and helped convinced Lotus to promote him to F1: where he has stayed ever since.

If you look at Grosjean stats/career line you will see in his early years, he almost always had a year with a title followed up with a year without a title However, then he would win a title again the year after.

Some of those titles have been less high profile than others, but he has kept his goal in life always in his sight and proved throughout he is fast.