Sainz "surprised not to be happy" about McLaren pace 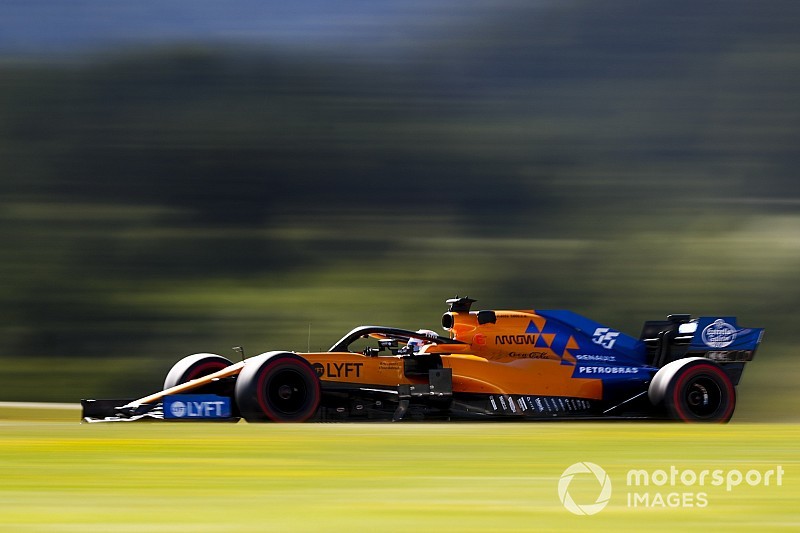 Sainz will start at the back of the grid after McLaren opted to hand him Renault's B-Spec engine that was introduced in Daniel Ricciardo's factory-run car for the French Grand Prix.

The McLaren driver says the decision meant both of his practice sessions were dedicated to setting up the car for Sunday's race, rather than searching for single-lap pace.

But Sainz ended up fifth in the second practice session by virtue of setting a 1m05.545s lap - 0.459s off Charles Leclerc's benchmark for Ferrari - on what he claimed to be his one flying lap.

When Sainz was asked about his pace despite a penalty looming, he said: "Thanks for reminding me, which makes today a very sour feeling.

"We have good pace on Friday, we were not looking to be quick because we are preparing the car for the long runs for Sunday.

"Still, when we try to attempt one push lap, suddenly the pace is there and it makes me disappointed about the penalty, but that's the price we need to pay right now.

"I am surprised not to be happy about the pace, but it could be such a good weekend without the penalty.

"Disappointed by that but really proud of how we are starting to move [forward] quickly. I think it is my third consecutive Friday inside the top six, so we are doing a good job.

"It just shows we are doing our homework and we arrive at races well prepared, and the car is adapting to three different tracks now [Montreal, Paul Ricard, Red Bull Ring], and I am happy with that."

Sainz, who was seventh in first practice, added that he and McLaren could potentially recover places in Sunday's race due to the Red Bull Ring's layout encouraging overtaking.

Asked how he processes setbacks such as his grid penalty, Sainz said: "It's one of those things in this sport that you cannot control.

"In the 100m sprint you have everything under your control but in Formula 1, you have things like the mechanical part of it that you do not have under [the driver's] control.

"But hopefully, it [the B-Spec engine] is worth the penalty and it is a step [forward] and I don't regret it too much."

Sainz also made a mistake in the second session, running across the gravel at the left-hand Turn 6. 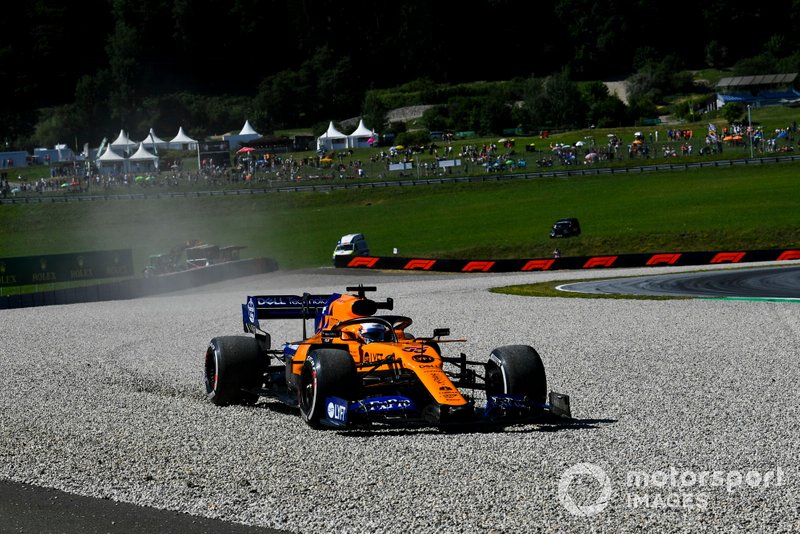 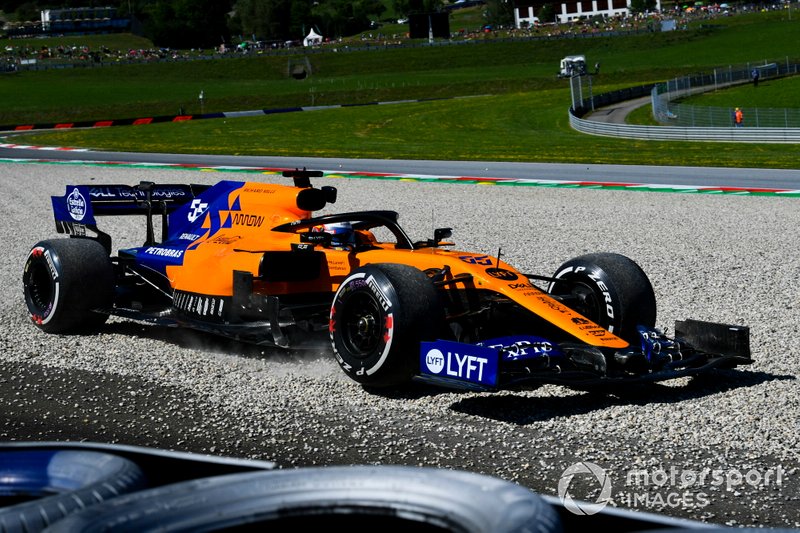 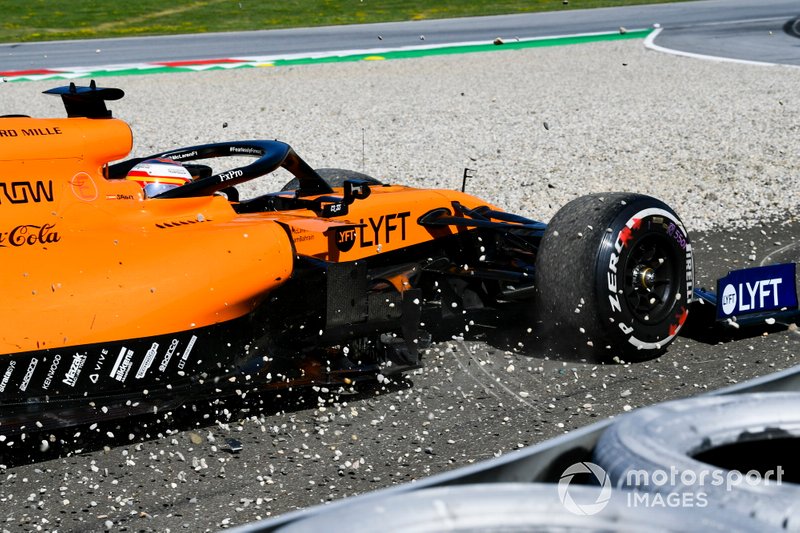 Mercedes driver Valtteri Bottas crashed at that corner during the same session and Sainz explained the impact of the conditions.

"It's tough, you can feel the wind right now. The crashes were all in the tailwind corners so you can imagine these are affecting the modern Formula 1 cars - especially the gusts," said Sainz.

"When it is predictable you can more or less drive around it, but the gusts are one lap you have grip, the next you are having nothing."

F1 having a "nightmare" with run-off areas - Grosjean